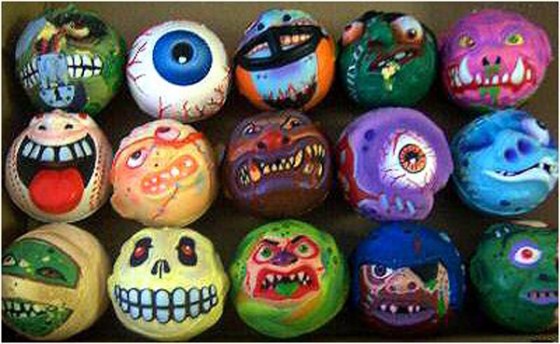 Ah, the 80’s. Few decades bring about such deep nostalgia and yearnings for the past like the Reagan years. Growing up in the 80’s was a magical thing; a time full of innocence and child-like curiosity where everyone was ignoring the government because it was actually doing a decent job, and folks were enjoying the ripe and myriad fruits of their labors.

Saturday mornings were a thing of pure beauty and amazement and a day where a kid could relax with a bowl of Pac-Man cereal and watch the slew of toons from seven a.m. till noon… it was breathtaking. But coming in at a perilously close second is the wonderful menagerie of toys at every lucky child’s disposal. Toys of every shape and kind from Voltron to Matchbox and beyond. But, for some kids… kids like me, it was the mildly offensive and repugnant playthings that garnered our rapt attention. If my mom or Grandmother found it nasty and grimaced even having to look at it… well, that was just about perfect. So, without further discussion, check out some of the coolest, grossest toys of the 80’s generation!

Hey! When you’re done perusing this dandy, why not check out The Ten Most Dangerous Toys, too! It’ll be swell! 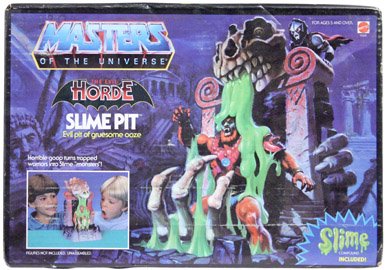 Arriving more or less in conjunction with the Ghostbusters movie and toy craze, the slime itself was supposed to be the shiny leavings of not only the Library ghost that gets Venkman, but also the ooze trail left by none other than Slimer. This stuff was slick, gloppy, and always seemingly cold, for whatever reason. Eventually, it found new life in many other toy sets including Teenage Mutant Ninja Turtles (makes sense) and He-Man. 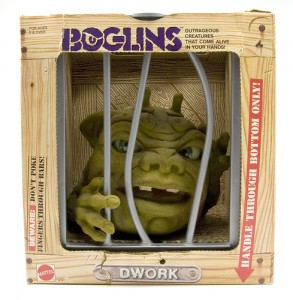 Boglins! Man I had a good half-dozen of these guys. Basically an assortment of goblins, ghouls, and gross critters cashing in on the ‘monster’ craze of the 80’s. For the most part, they were hard puppet-like things and moved pretty interestingly. You could make some cool faces with them and (if you were me) make them eat nasty stuff like dog poop. Awesome. 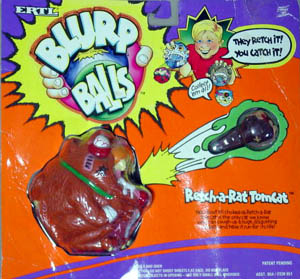 Boy, the 80’s just ran rampant with gross-out toys aimed squarely at boys, didn’t they? Yeah, I had a Blurp Ball or two; basically Mad Balls (which I’ll get to in a minute) that squeezed out a smaller ball shaped often like something it ate or killed… or something. Fun toys especially if you aimed at and hit your friends eyes!

Bedbugs : A Game of Torture 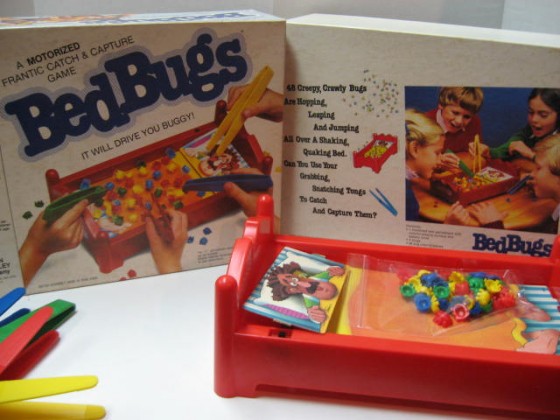 Alright, maybe not the most disgusting thing on the list. Unless, however, you were afraid of bugs in all their forms. And, as luck would have it, my little sister was. Nothing made life more downright livable than to have a sibling scared shitless of plastic bugs. Especially in her bed… ha ha… 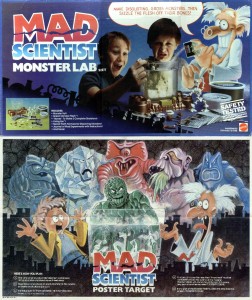 Sweet Georgia Brown, the Monster Lab! This toy, however incredibly cool, was a pretty one-sided affair. Sure, it was fun to encase the plastic skeletons in doughy flesh, and then watch as a Uber-Alka-Seltzer effervesced the skin back to bone, but that was sadly the end of the fun. Once you did it once or twice, this one-trick-pony was out of fun. 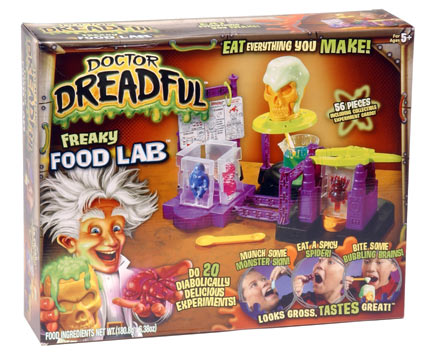 Now this was something I could (wait for it) sink my teeth into! Zing! It was fun and more or less a make-your-own fruit snacks machine! How cool was that? Sure your parents only feigned horror as you consumed purple tarantulas and other assorted off-color bugs, but it was still a ton of fun. 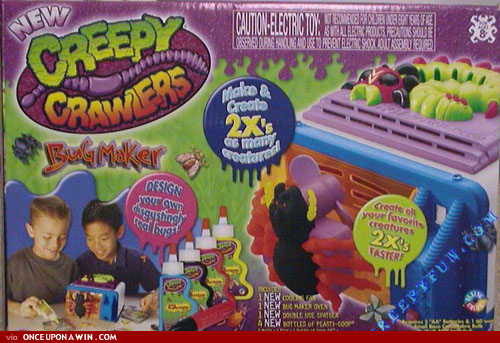 I’m starting to wonder if these toy companies just got really damn lazy in the 80’s as it seems they all wanted you to pretty much create your own playthings. Shit I could have marketed a box of parts and made a cool ad about how much fun it was to build your own stuff, but I guess I was too busy falling for all of these commercials. 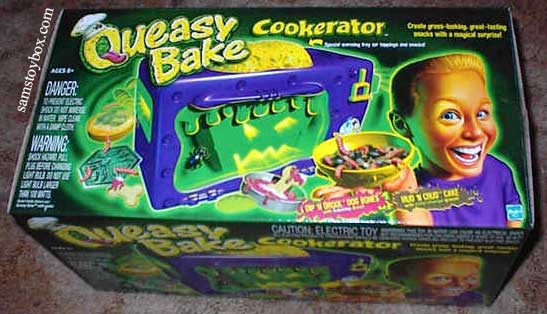 Finally on our list of things you have to make and/or cook yourself, here’s the boy’s answer to their sister’s Easy-Bake: The Queasy Bake! Ha! I don’t remember having this, but damn I sure wish I did, especially at a snooty restaurant. 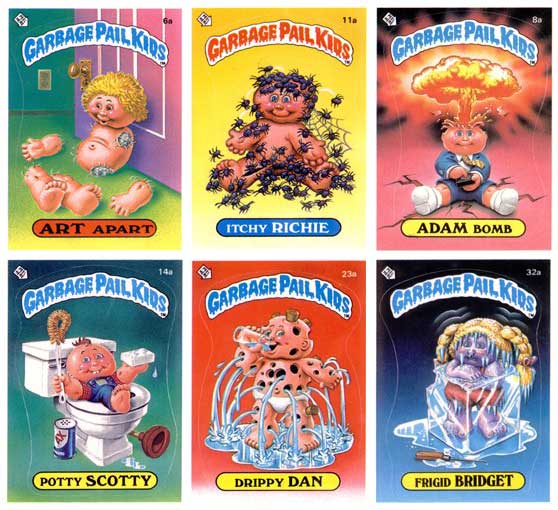 Okay, so they’re not really toys, per se, but they were gross and they were hugely popular. Oh I so did love my GPK’s. I spent several consecutive summers wasting week’s worth of allowances snatching up as many of these cards as I could. Back in the day, Toys R Us would hock massive clear fifty-packs of these gems and I was all over those like stink on shit. Appropriate axiom, dontcha think? 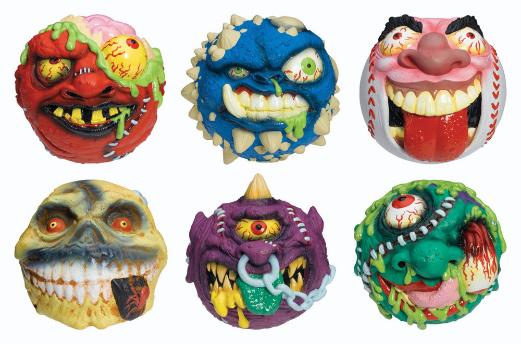 Last but most definitely not least: Madballs. Quite possibly the most sought after and highly disgusting toys of the 80’s. The best part of all was trying to collect the whole mess of ’em. I believe there were two series and a couple add-on accessories. I tried, but I only ended up with five. Oculus Orbus was my favorite.