Disney Turning Another Theme Park Ride Into A Movie 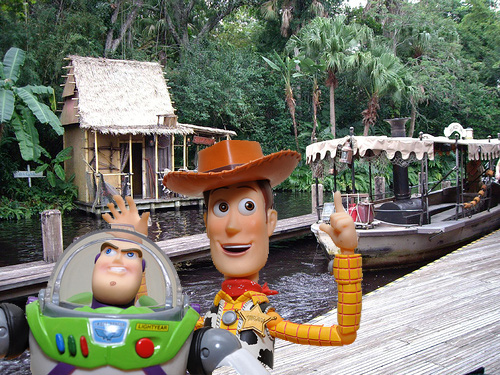 With the Pirates of the Caribbean franchise coming to a merciful end soon, the money-hungry bellies over at Disney have been racking their collective brain to find a suitable replacement in their lineup of big screen blockbusters. Well, it looks like that search might be over. Enlighten us with your geyser of “exclusive” knowledge, Deadline:

I think I speak for everyone when I say, “Since when are Disney rides referred to as venerable?” Nevertheless, watching Woody and Buzz Lightyear do battle with ornery hippopotamuses and man-eating crocodiles has to be more entertaining than Johnny Depp sword fighting a dead pirate with an octopus face in the middle of a hurricane. Wait, no it doesn’t.

Anyway, I’m sure when Jungle Cruise is released in the summer of 2015 it will earn billions of dollars, inspire a whole new collection of cheap overpriced toys manufactured by Taiwanese toddlers and spawn at least two completely unnecessary sequels. Yay!