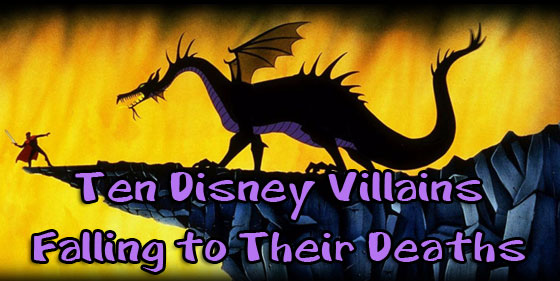 According to ancient folklore and Star Wars, the best way for a villain to die is for them to fall off a cliff. They could’ve just as easily been shot, decapitated, eaten, drawn and quartered, or any of a number of other deaths, but the fall is reserved for the worst of the worst, since their death represents their descent into Hell. Right? This is most apparent in Disney animated films.

Before we get to the list, which is in no particular order since they are all equally awesome, here is a montage of many of those deaths to a wonderful song.

The Queen
Snow White and the Seven Dwarfs

The evil Queen falls off a cliff while fighting with the dwarfs. 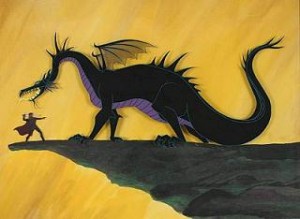 “Now you shall deal with me, oh Prince! And all the powers of Hell!” Prince Phillip stabs the dragon, causing her to fall to her death from a cliff.

Also, Maleficent is winning the poll of “Which Disney Villainess Would You Want to [email protected]#k.”

Cruella de Vil
One Hundred and One Dalmatians 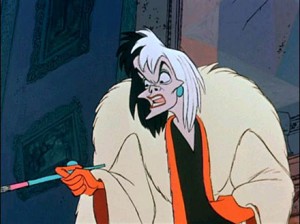 Chasing the dalmatians, Cruella collides with her hoods and drives her car into a ravine. 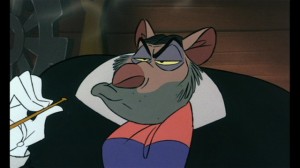 Ratigan plunges to his death during a fight in the Big Ben Clock with Basil.

Percival McLeach
The Rescuers Down Under 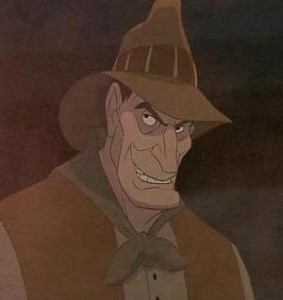 McLeach escapes crocodiles but falls off a waterfall to his death.

Gaston
Beauty and the Beast 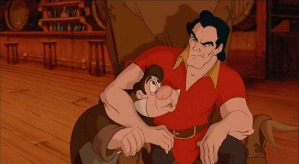 The Beast spares Gaston’s life, but Gaston still tries to kill him and slips and falls to his death. 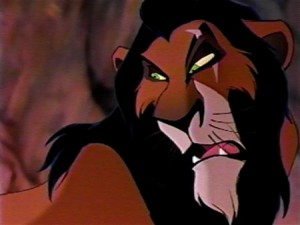 Scar actually survives the fall from the cliff while battling Simba, but gets killed by resentful hyenas.

Frollo
The Hunchback of Notre Dame 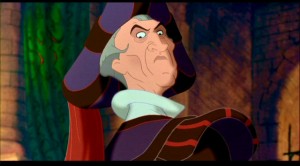 Frollo falls off of Notre Dame while fighting with Quasimodo. 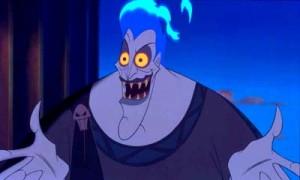 Hercules clocks Hades, making him fall into the River Styx. He’s then dragged down by fallen souls. 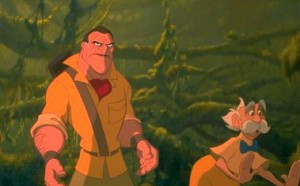 With a vine around his neck, Clayton falls from a tree while fighting Tarzan, hanging himself.