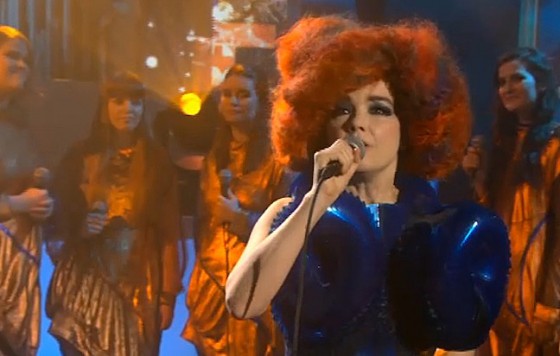 It’s been a few years since melodic songstress Bjork was in the public eye, but the Icelandic nymph surfaced from her fortress of solitude to perform a tune off her new album Biophilia on Tuesday’s edition of The Colbert Report. And as you can see from the above pic, she was dressed like a patron from the Mos Eisley cantina in Star Wars, which is to be expected considering her penchant to wear the most ridiculous clothes imaginable.

This latest fashion abortion is a two-pronged attack. First, there’s the wig. At least I assume it’s a wig. I mean, this is Bjork, so it could be her real hair. For argument’s sake, let’s go with wig. My best guess is either A) a collection of lint from argyle sweaters… 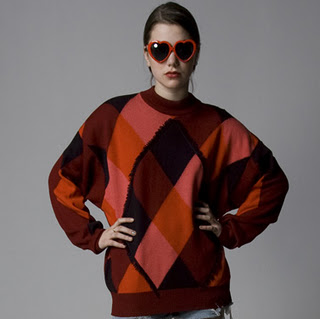 … or B) hairballs from the real-life Tigger that lives in her backyard. 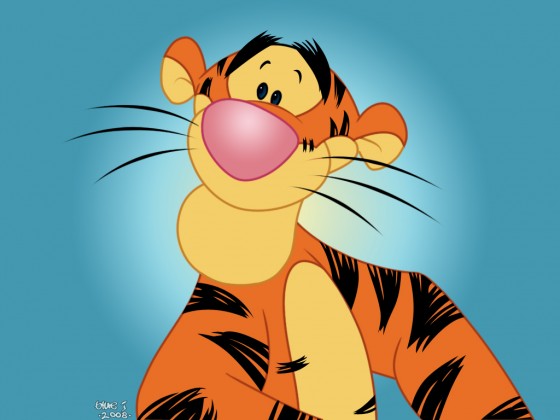 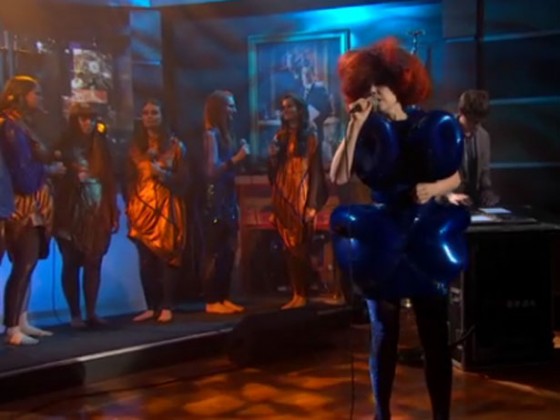 She appears to be working some sort of futuristic floaties ensemble. Either that or she’s promoting a revolutionary line of dresses made from balloon animals. 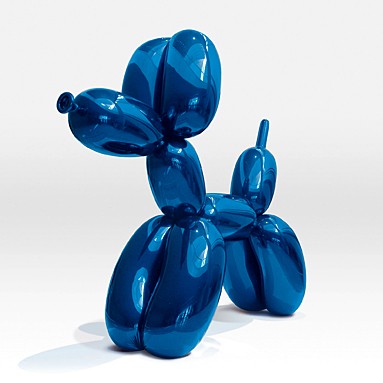