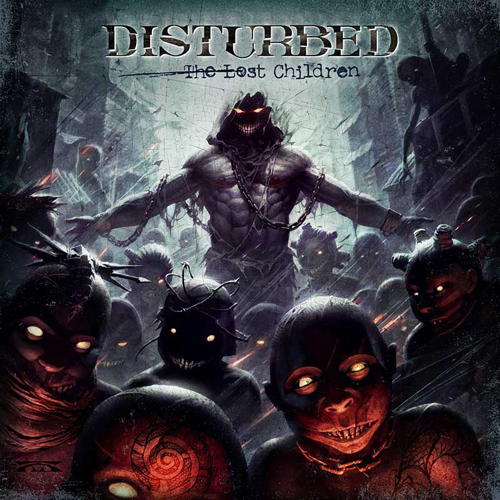 To call Disturbed’s latest album, The Lost Children, a collection of rarities and B-sides is giving it no credit at all. With their last studio album, Asylum, barely a year old, Children was announced via singer David Draiman on Twitter back in August, but since then has been wrongly shrugged off like any other B-side album and improperly promoted as such.

While there’s no ultra-major hit like “Sickness” to anchor this album and elevate it to must-have status for casual fans, real fans have no reason to pass this up just because the songs were presumably rejected from their previous efforts. Though none of the previous albums are incomplete without any of these lost children, together they make up what might as well be called their sixth studio album instead of just a compilation.

The songs, like “Hell,” “Sickened” and “Dehumanize” have the traditional Disturbed titles, hard-cutting chords and Draiman’s classic rabid dog bark. Those who missed the opportunity to download “3,” which was originally released as a digital single on disturbed1.com to help the defense of the West Memphis Three, will find it on this album (this may have something to do with the fact that the three men were released from prison shortly after Disturbed released the song).

For those who like Disturbed covers there are two on here: Faith No More’s “Midlife Crisis” and the far more familiar “Living After Midnight” from Judas Priest. Also included are “This Moment” from Transformers.

Get Disturbed The Lost Children on Amazon.com