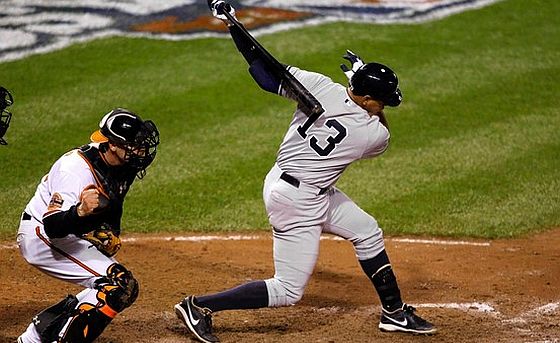 We are only a few games into baseball’s postseason, but with the five-game format of the Division Series it’s enough for some teams to already face elimination. With all eight teams recording at least one win so far, this looks to be one of the closer Division Series in recent years, and teams cannot afford for their stars to under perform if they hope to advance. We take a look at each series, and pick one player from each team that needs to step up if they want to keep playing in the postseason. This list is surprisingly dominated by corner infielders, who hold five of the eight spots.

It's hard to pick out just one hitter on the Giants who hasn't underperformed so far this postseason. The Giants have scored a combined four runs over three games, and have a passed ball to thank for one of those. With three regulars (Marco Scutaro, Hunter Pence and Angel Pagan) each 1-12 for the playoffs, the Giants need their big bats to step up. Sandoval, hitting third in the lineup, has failed to answer the bell thus far. In game three, with the Giants needing a win to avoid the sweep, Sandoval went 0-4 with two Ks. He also left a runner on base, the fifth runner he's left stranded so far this series. Pablo is a .303 career hitter, and if he can't hit closer to that level batting in front of sluggers Buster Posey and Brandon Belt, the Giants will have trouble plating runs against the underrated Reds rotation. 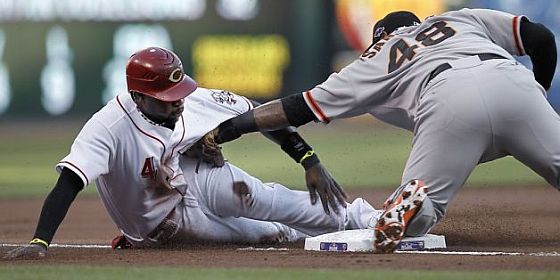 Rolen isn't the hitter he once was, though his playoff performance is actually similar to his career .219 batting average in the playoffs. An OPS nearly 300 points lower than his regular season numbers is disappointing enough to earn Rolen a place on our list, but a pair of errors from the normally sure-handed third baseman is shocking for an eight-time Gold Glove winner. If Rolen isn't performing at the plate, he usually can be counted on in the field, but his reaction time has noticeably slowed. His 10th inning error in game three cost the Reds a chance at the sweep. 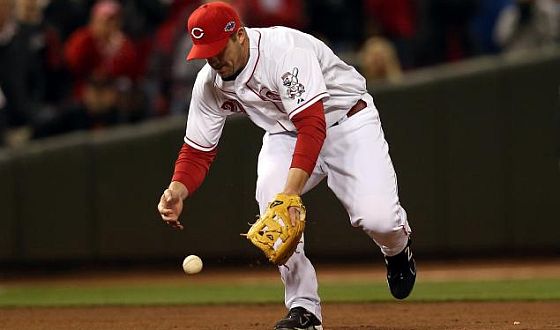 When Detroit signed Fielder for a franchise record $214m contract this season they were expecting him to produce like he did for the Brewers. Fielder did in the regular season, posting a .313 BA with 30 HRs and a .940 OPS, in line with his career numbers. He has obviously not been able to repeat that performance  this far in the playoffs, recording one hit in 13 at bats so far this series. Going 0-4 in what could have been a clinching 0-2 game three loss only serves to illustrate the lack of offense Fielder has provided. Batting cleanup, he is expected to provide lineup protection for MVP candidate Miguel Cabrera, which he can't do if he continues to struggle at the plate. 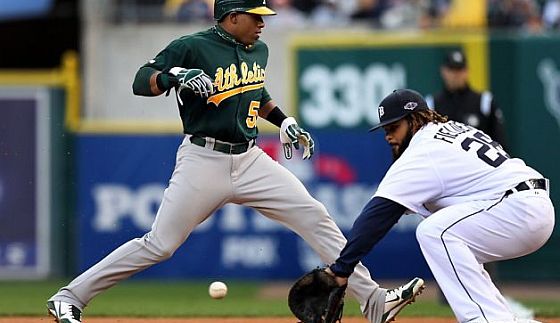 Yoenis Cespedes and Josh Reddick received most of the attention on the Oakland offense, but it was the journeyman Moss who had the biggest breakout in his 265 at bats. Posting a regular season line of .291/.358/.596 with 21 home runs earned, Moss a permanent spot at first, and batting cleanup for the upstart A's. Sadly for fans of the underdogs, Moss hasn't been able to replicate that performance in the playoffs, getting only one hit in ten at bats, and stranding six runners over three games. An 0-4 performance in game three leaves the A's looking for answers as they attempt to stave off elimination. 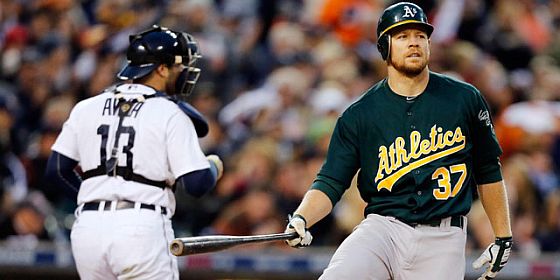 We loathe to pile on Rodriguez, who seems forever destined to draw the ire of Yankee fans for every playoff loss, but in this case it's unavoidable. While his 1-9 performance is less than inspiring it's his five strikeouts in ten plate appearances that have really damaged the Yankees thus far this series. His inability to make productive outs has cost New York in a series that has been within a run in 16 of the 18 innings so far. The possibility of a batting order demotion is already being discussed in the media, and the pressure is mounting on a player who has never handled pressure well. 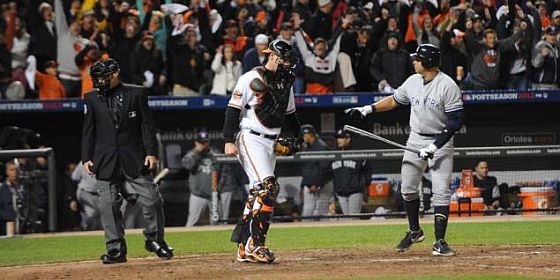 We also need to mention Derek Jeter here as well. While the Yankee captain has performed well at the plate his two errors at short were fortunate not to cost the Yankees runs so far. Jeter has never been an outstanding fielder at short, but an error a game is below even his standard.

The Orioles All-Star centerfielder has been the catalyst for this offense all season, especially after the season-ending injury to Nick Markakis. Going 1-8 in the division series, following an 0-3 showing in the Wild Card game, isn't going to cut it against the potent Yankees lineup. With rookie Miguel Gonzalez on the mound in game three, Baltimore is going need Jones to produce at the plate to have any chance of winning two of three in New York. This is the first playoff appearance for most of these Orioles, and Jones is expected to set the tone for the offense out of the cleanup spot. 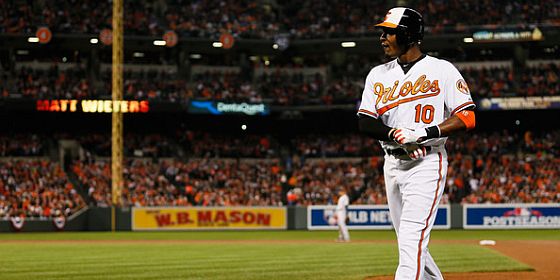 Werth hasn't been the worst hitter in the Nats' lineup over their first two playoff games; that honor goes to rookie Bryce Harper, but Werth has to be the most disappointing. After signing a massive free agent contract in 2011, Werth has disappointed in DC, due to injuries and ineffectiveness. A career .972 postseason OPS earned Werth his contract, so a .522 OPS this series can be classed as nothing less than a failure. More important, he has stranded a remarkable ten runners in two games. 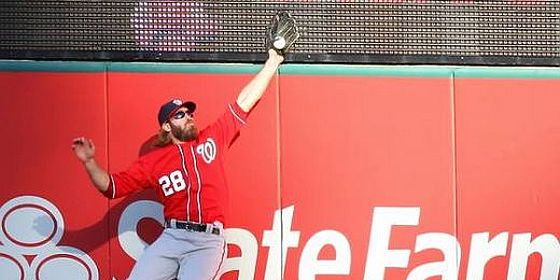 Going hitless in seven at bats is hardly enough to cause panic for Holliday, but it's in line with his reputation for under-producing in the divisional round. A 2-3 day in the Wild Card round gets Holliday a little leeway, but a Cardinals team in their first post-Pujols playoff series will need their #3 hitter to actually get a hit or two. With the series moving to Washington the pressure will be on the Cardinals hitters to produce against an impressive Nationals rotation, and most of that pressure falls on Holliday's shoulders. 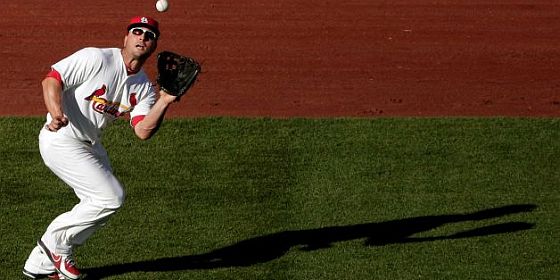