DJ Skee: Best of Both Worlds 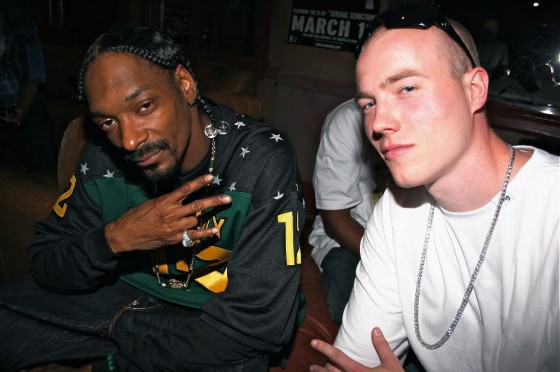 It is no secret that the worlds of music and sports frequently intersect with each other. Scott Keeney, more popularly known as “DJ Skee,” is working to become the epitome of this intersection. Probably best known for his work in mixing the beats over The Game’s now epic “300 Bars” diss track, Skee is working on expanding into the world of sports with a new initiative entitled “Skee Sports.” He was kind enough to take the time to talk with me about this initiative, his music career, and a few other things.

Skee’s interaction with the sports world isn’t going to begin with Skee Sports. At the 2010 NHL Winter Classic, Skeetox performed, which is a self-described “ultimate DJ experience for fans.” It is a seven-piece band, which utilizes a LED light wall. When asked further about Skeetox, he commented, “I wanted to put together a live show that could play to a bigger arena and station myself as the lead singer or almost like the conductor of a band. I have the ability to mix right on the spot, throw in some lights, lasers and provide a high level of entertainment, where people who likes all type of music can appreciate it.”

Skeetox has featured big name artists such as Snoop Dogg, Ice Cube, and Mike Posner. However, Skee’s work with another mainstream hip-hop artist, The Game, has produced some of his finest work. The two formed an instant connection after meeting in California a few years ago. “I heard Game rap and loved  his work so we made it a point to stay in touch,” Skee revealed. He heard an original version of “300 Bars,” The Game’s 15-minute diss track towards 50 cent and G-Unit, mixed over one beat and immediately jumped on the chance to bring it into the studio to put it with the collection of classic hip-hop beats it is mixed over now.

After conflicting schedules kept the two from working together as much as they would like, they have collaborated on a handful of mixtapes over the past year, including the recently released “Purp & Patron,” which had over 1 million downloads in the first three days. “I am really glad we have been able to reconnect for these recent mixtapes. It is good to be in the studio together again,” Skee remarked.

One of the reasons for the success of Skee’s mixtapes, and the other content he has been involved in, is because of his embrace of social media. He is the President and CEO of “Skee.TV,” which is the largest online music lifestyle YouTube channel in the world and the 14th the most-viewed YouTube channel overall. It provides original music videos, behind the scenes footage and interviews. Skee also has a very active Twitter presence, and spoke on the value of his social media work. “YouTube and Twitter have been an easy way to connect with fans and get instant feedback on my work. I always wanted to be in front of new media because that is what future advertising is going to be dominated by.”

The newest initiative that Skee plans to turn his focus on is Skee Sports, a platform to showcase popular athletes away from their sport. “I want to learn more about who athletes really are and help them brand themselves off the field,” Skee stated. The initiative was announced at NBA All-Star weekend with an inaugural episode that featured individuals like Dwayne Wade and Derrick Rose. Since then, Skee has also worked with the Kansas City Chiefs and most recently with Shane Mosley, as he prepares for his fight with Manny Pacquiao.

“It was amazing to see Shane train up close and how fast and athletic he truly is. His speed was unbelievable. He was a nice guy, who took the time to provide us great inside access as he prepares for such a big fight.” 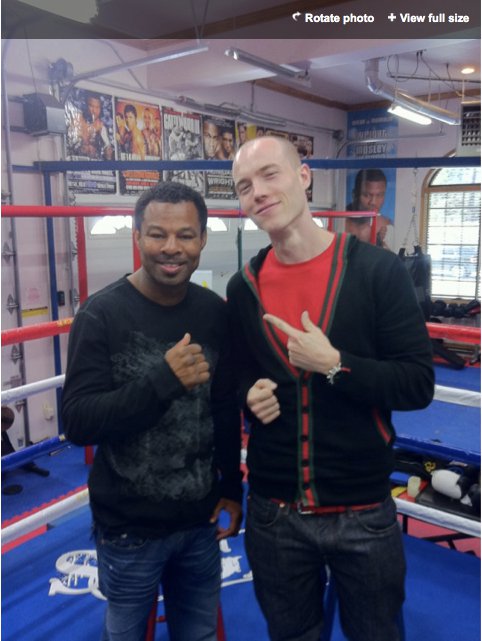 Skee has had a life long love of sports and as a teen growing up in Minneapolis was more focused on becoming a professional baseball player than a DJ. Similar to most Minnesota residents, he is long suffering Vikings fan. “I had the heartbreak in 1998 when I thought we would win it all until Gary Anderson missed that kick, and then I was in attendance to see the Saints knock us out of the NFC Championship a couple of years ago.”

In the coming months, Skee Sports plans to work on projects with Major League Baseball and to document the road to the draft of one of the elite NBA prospects this summer. Overall, Skee wants to show how “entertainment and sports always collide because of the mutual interest between the two worlds.” If his past initiatives are any indicator, Skee Sports should be much more successful than any Minnesota sports franchise since the Twins won the 1991 World Series.