Do You Really Need Winter Tires? 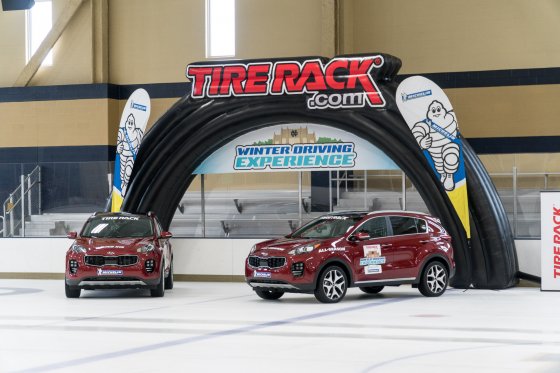 The vast majority of cars, trucks, and SUVs you can buy today come with either all-season or summer performance tires. It’s fairly obvious that summer tires aren’t meant for driving in the depths of winter, but most people think that all-seasons are – especially on an all-wheel drive car. Fact is, all-season tires are sort of “jacks of all trades, masters of none,” and when the temperature drops below about 44ºF, they start to lose traction pretty badly.

We recently spent some time with our friends from Michelin and TireRack.com at their Winter Driving Experience in South Bend, Indiana to see for ourselves just how much of a difference winter tires can make when it comes to safety and predictability when bad weather hits. 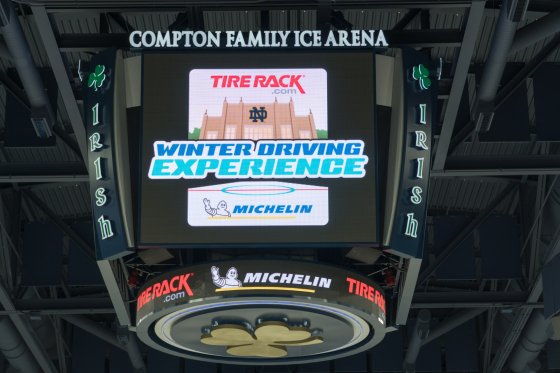 There are a ton of factors which go into engineering tires, but there are two key aspects which dictate how they perform in different weather conditions: tread pattern and compound. Summer tread patterns are extremely smooth, and are designed to put as much rubber in contact with the road as possible, while all-seasons have a mix of tread patterns to handle a variety of driving conditions.

Summer and all-season tires use compounds which are soft and compliant in warmer weather, but tend to stiffen up as the temperature drops. Winter tires, like the Michelin X-ICE Xi3 are made from a compound which remains soft in sub-freezing temperatures, and contain a substantial amount of silica to give them added grip. In addition, their tread pattern includes features like cross-Z sipes, which help grab onto snow and provide stability as the temperature passes above freezing, as well as “micro-pumps” which can grab water off the ground, and redistribute it. 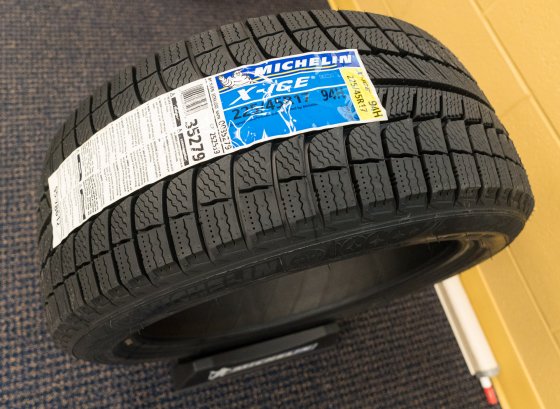 But enough of the technical mumbo jumbo. The proof is in the pudding. So we took to ice rink at Notre Dame’s Compton Family Ice Arena to compare all-season and winter tires head to head on the rink. The results were pretty astounding as you can see from the video below:

On a front-wheel drive car like the Kia Cadenza, the all-seasons took much longer to get any grip at all, making for painfully slow acceleration – a dangerous situation when crossing intersections or entering traffic. 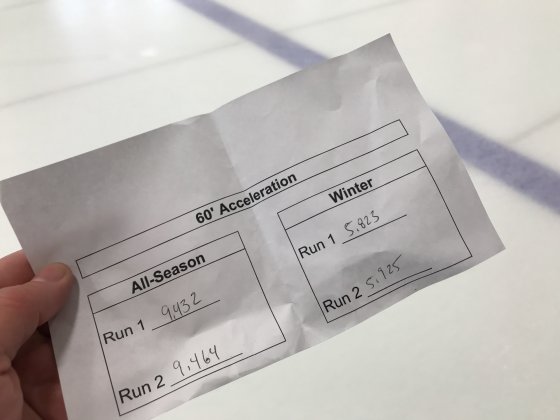 Conversely, on the all-wheel drive Kia Sportage, both the all-seasons and winter tires got off to a decent start (though the winters are still better), but stopping and vehicle control were a whole different story. The all-seasons required almost 30% more stopping distance on the ice than the winter tires – and that was based on a 20 mph speed. At higher speeds, the impact would be even greater. If you’ve ever tried to stop a car on black ice, you know how dangerous that situation can be, so you want your tires to do anything they can to help. This alone is reason enough to pick up some winter tires.

Cornering on ice produced even more dramatic results. As we approached what appeared to be a very gentle curve and attempted to steer, the all-season vehicle skidded off the course and into the cones every time. The winter tires kept us safe and on course just as consistently.

The bottom line is that winter tires aren’t just something you need when there’s a bunch of snow on the ground. When the temperature drops below 44º, and when there’s cold rain, wet slush, ice, or even a dusting of snow on the ground, they provide a substantial improvement in acceleration, braking, and vehicle control. All-season tires just can’t keep up, and if you thought having an all-wheel drive car was enough, it’s not. Sure, there’s some added cost to buying an extra set of tires (and potentially extra wheels), but in the grand scheme of things, it’s not much, and that added driving confidence and safety could save lives when the weather gets nasty out. Your 3-season tires will last longer since you won’t be driving on them as much, and if you spring for a set of cheap winter wheels, you can save your expensive alloy from the abuse of stuff like road salt and winter potholes.

TireRack.com is a great place to buy the Michelin X-ICE Xi3 tires we tested, as well as wheels to go with them. They offer 1 day shipping to 95% of the US, sell pre-assembled tire and wheel packages, and work with over 8,000 recommended installers to get you up and running on your new tires fast. They provide fantastic customer service too, and have tons of hands-on experience with every tire they sell, pushing every tire make and model to the limits before making their recommendations.

Thanks so much to the folks at Michelin and TireRack.com for hosting us at their Winter Driving Experience. For more information on the X-ICE Xi3 tire check out the Michelin website, or you can order them directly from TireRack.com. 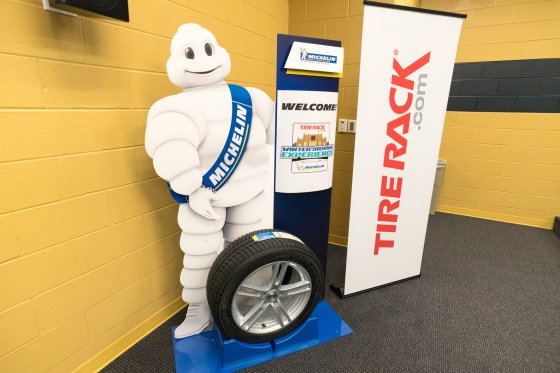