Dock Ellis, LSD and the Greatest Pitching Performance of All-time 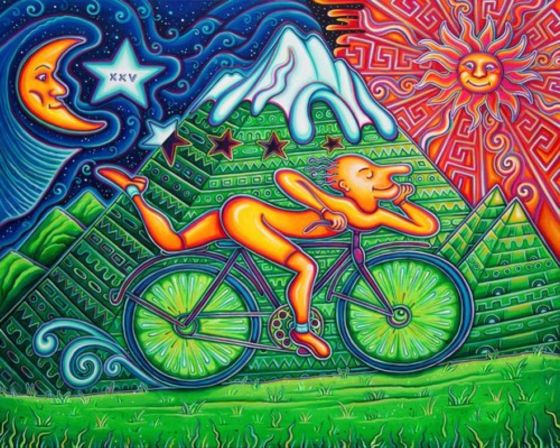 The psychedelic drug lysergic acid diethylamide (LSD) was first synthesized on November 16, 1938 by the Swiss chemist Albert Hofmann in the Sandoz laboratories in Basel, Switzerland. It was not until five years later on April 19, 1943, that the psychedelic properties were found when Hoffman tripped on LSD and bicycled home from his lab. Consequently, April 19th is now known as “Bicycle Day”, which seems like an appropriate day to share this story… 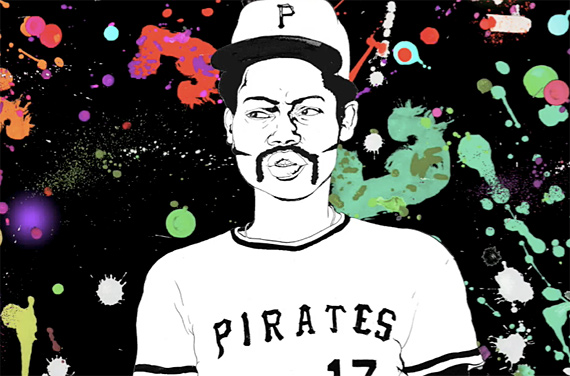 Some define greatness in sports as consistent excellence over time. Others say that it’s delivering your absolute best when your best is needed. But here’s another one. How about when you’re tripping your ass off on LSD?

You’ll hear a lot of talk these days about performance enhancing drugs, but you know what you rarely see or hear about? Performance inhibiting drugs, or PID’s as we like to call them. Maybe it’s because the glare of television and social media is so bright that it rules out such behavior for risk of public ridicule or maybe athletes have just wised up. But it wasn’t always that way.

On June 12th, 1970 in San Diego California the Pittsburgh Pirates took on the Padres in what would have been an otherwise mundane mid-summer double header. Enter pitcher Dock Ellis, who was slated to start the opening game for the Pirates but had to overcome an interesting, uh, how shall we put it, impediment that evening.

The story goes that Dock had arrived in San Diego with the team and asked the manager, since it was an off day, if he could head home to Los Angeles until the P’s were scheduled to play the following day. As soon he got the go-ahead for his trip (pun intended) he immediately dropped himself a tab of acid. Because um, yeah, that’s what you do in the 1970’s.

What happened next is a bit hazy in Ellis’s recollection but what’s clear is that he woke up, having dropped a second tab earlier that morning (wow…), to find the lady friend he was staying with informing him that he best get on the road because he had a game to pitch that afternoon.

Of course you know the craziest part of this story? Later that day Dock Ellis turned in the greatest pitching performance of his career, a no hitter that was likely the trippiest two hours and thirteen minutes of his life.

The no-no did not come easily however. Ellis was routinely off target, describing himself as barely able to see the batters, really only being able to identify if they were hitting from the left side or the right side. The catcher, to aid Dock in seeing the signs, had to using colored tape on his fingers so that the signals could transmit better to his tripped out battery mate. For the game, Dock had more walks (8) than strikeouts (6) and was aided by some terrific fielding efforts, particularly by second baseman Bill Mazeroski.

So the question is, was Dock’s highest of all-time highs the greatest pitching exhibition in the history of the game, taking into account his full level of physical and mental impairment? We’ll let you be the judge.

Take a look at the box score below. 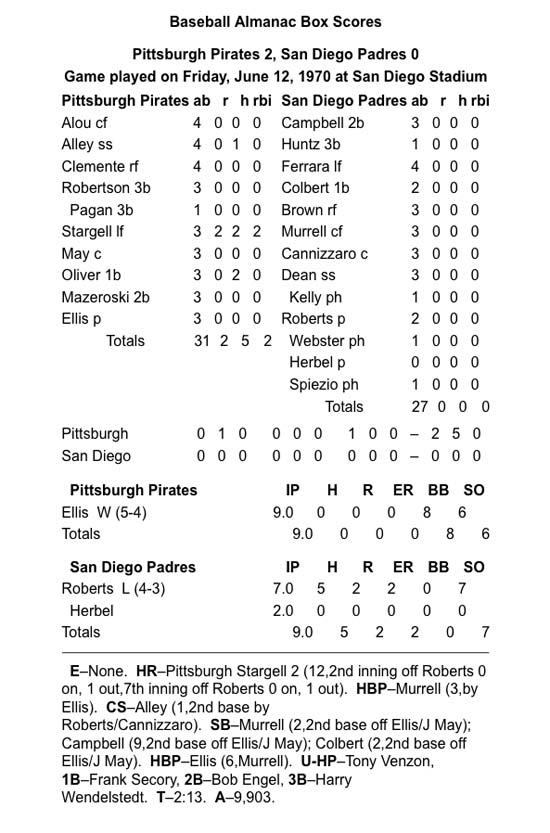