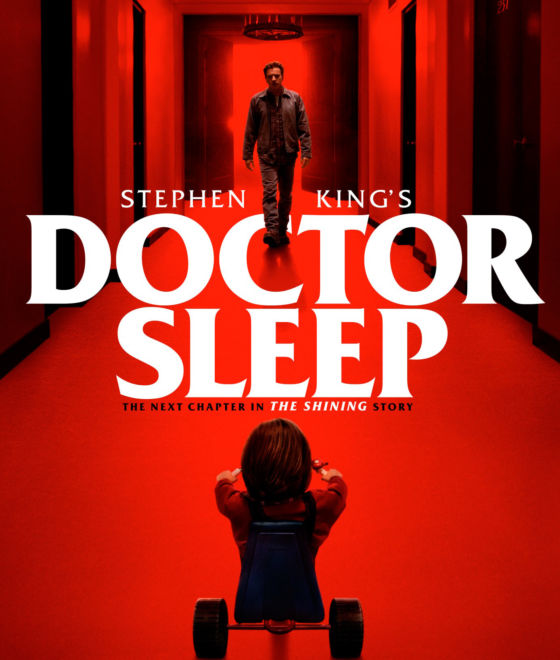 Almost 40 years ago, a psychological horror movie about a descent into insanity set the world on its ear. Word spread rapidly about this terrifying film which featured a man threatening to hack his family up with an axe in a snowbound mountain resort. Visionary director Stanley Kubrick brought his meticulous and formidable filmmaking power to bear upon his adaptation of Stephen King’s The Shining; to this day, it’s the foundation of daily debates about whether or not Kubrick’s film lives up to the “classic” status of the book, especially with King himself disowning Kubrick’s finished product. 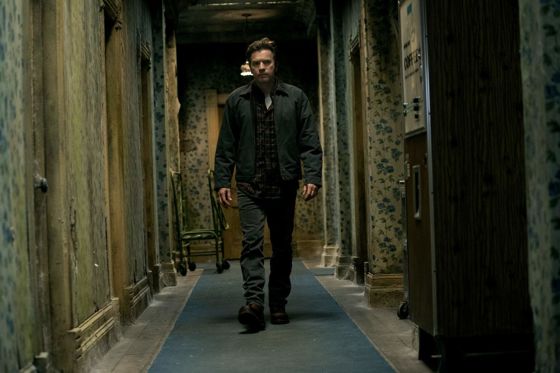 In 2009, as a result of a vote taken from his fans, King started work on The Shining‘s sequel Doctor Sleep, eventually releasing it in 2013. The book features the aftermath of the incident at the Overlook Hotel and furthers Danny Torrance’s (mis)adventures, as he still possesses what Overlook chef Dick Hallorann called “the Shine” – a telepathic ability enabling him to get into people’s minds, connect with the dead, or to see what the past or future holds for him. 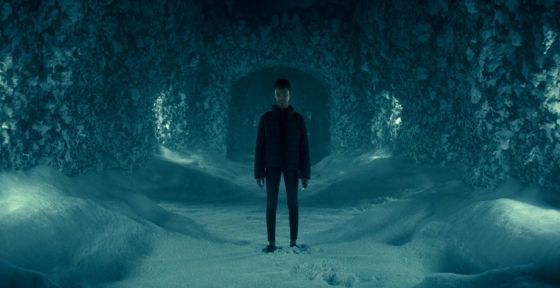 Stepping into the present, acclaimed genre writer/director Mike Flanagan has taken up Kubrick’s mantle with his strong adaptation of Doctor Sleep, all at once paying homage to both King and Kubrick’s original works and setting his eyes firmly on the new 2013 roadmap. Flanagan – whose horror films have run the gamut from the mainstream (Oujia: Origin of Evil) to the esoteric (Absentia) to the downright scary (Hush) – is the perfect choice for this task, as he slips chameleon-like into the tone set by Kubrick and imbues the film with his own sensibilities. 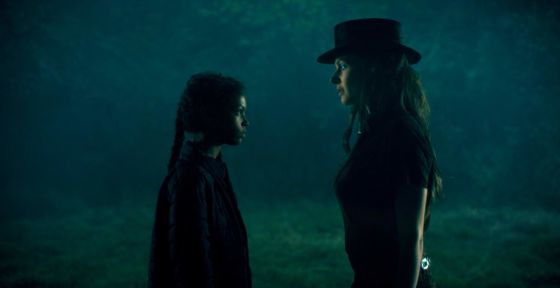 With Doctor Sleep, he doesn’t seek to make us jump out of our seats with simple funhouse-type frights. Instead, he creates a foreboding and danger-filled atmosphere where the stoichiometry between action, horror, and drama are just right for his kind of low-key pops and explosions. One might feel the need for super-gory, jump-scary, and extra-violent passages, but it’s not necessary in Flanagan’s world; there’s more than enough unease to go around without having to dive into the superficial. 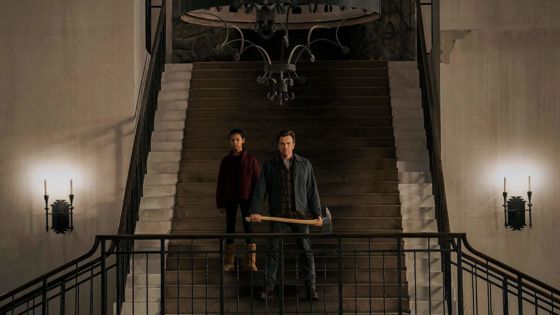 A lot of this unease stems from his sympathetic treatment of heroes Dan (Ewan McGregor) and Abra (Kyliegh Curran) – two strangers linked by the Shine and hunted by a cult who feeds on these powers. Dan – as Danny Torrance now goes by – is all grown up and locked into a damning pattern of self-destruction. Drugs, alcohol, violence – they’re all tools he’s wrongly using to keep the nightmares and visions of the Overlook’s phantasms away. Conversely, Abra is seen at this same time to be a preternaturally gifted child whose mind and powers are unbound and untamed, much to her parents’ chagrin. 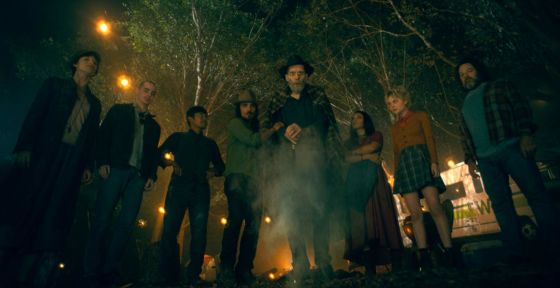 The development of these two as they grow into themselves over the next eight years is marred by the aforementioned cult, the True Knot. Consisting of wayward, disparate people also gifted with the Shine, they use their amassed powers to track down anyone like them and extract what they call “steam” from their victims – essentially, their gifts and, ultimately, their very souls. Whether man, woman, or child, no telepath is safe from them; they take without heed and systematically eliminate anyone who stands in their way of obtaining the steam, which they use to keep them immortal. 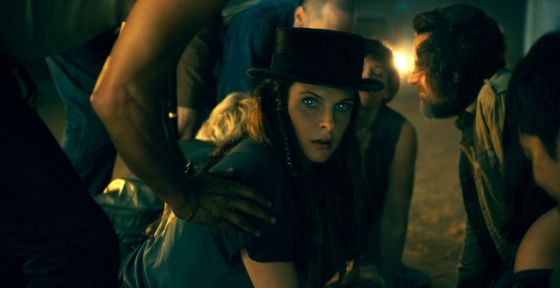 One of these extractions is truly one of the most brutally horrifying murder scenes featured in any film, mostly thanks to the young actor playing the victim totally committing to his character’s pain and agony. During this upsetting ritual, Abra’s powers are made known to the leader of the True Knot, the hypnotic Rose the Hat (Rebecca Ferguson). She takes a sick pleasure in the cult’s amply nasty ways, reveling in the hunt and the eventual nourishment it brings. Ferguson oozes sensuality through her screen-melting performance, seducing targets, recruits, or even True Knot members with a slow drawl, milking every last moment for her own delight. It’s not a sexual kind of sensuality, although there is a slight tinge of it; it’s more of an involuntary reaction manifesting itself in a rapturous body high. 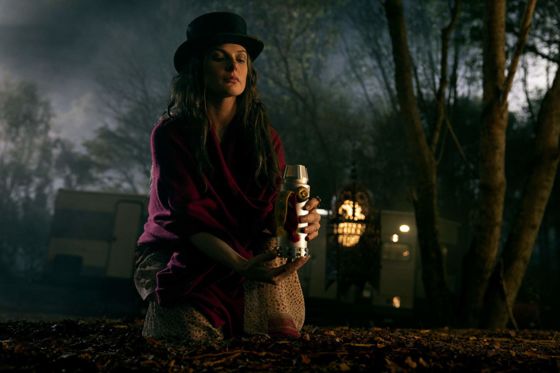 When the True Knot starts on their path toward Abra’s front door, she reaches out to Dan for help, but he’s running from his own problems and demons. The reality of the Overlook, his tenuous seven-year sobriety, and a life started from scratch in a new town with help from a kind stranger – he’s still trying to find himself, and he can’t afford the danger Abra and the True Knot present. His coping mechanism – taught to him by none other than Dick Hallorann (Carl Lumbly solidly picking up where Scatman Crothers left off) – has enabled him to lock away the ghosts haunting him, burying them deep in his psyche and avoiding any further transgressions. But a dying man in Dan’s hospice assures him he’s exactly where he needs to be, which leads to a fight beyond any measure he’s ever known. 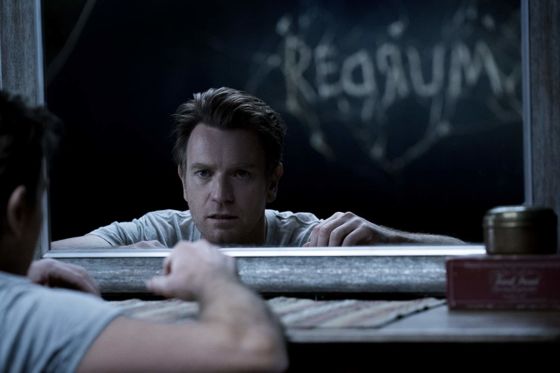 Doctor Sleep comes off as more of a harrowing cat-and-mouse fantasy than a horror film, with action and drama elements incorporated to cement this film’s various themes. As mentioned before, it’s not meant to scare, and it’s readily obvious Mike Flanagan’s screenplay wants us to experience more than just a continuation of the familiar. Addiction presents itself through the True Knot, but it also ties itself together with the ghastly figures from the Overlook for Dan. He’s scared of turning into his father, which gives him more than enough reasons for both putting down the bottle and choosing to deny his gift. Ewan McGregor emotes this internal, fragile struggle with the utmost care and respect, giving Dan a worn and conflicted presence, weary from the daily war to protect his own life. 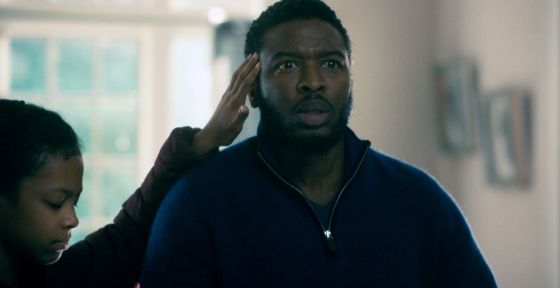 Also covered is the growth from childhood into the teenage years, where one’s body changes and capabilities are tested. They’re shrugged off by adults as growing pains, similar to how Abra’s treated by her parents. They don’t talk about what she’s going through, opting instead to brush past and ignore it. Eventually, teens find their voice, and it’s a hard task to listen to them, much less listen well. Newcomer Ryliegh Curran takes this facet of her character and runs with it, giving Abra – and the film itself – an indomitable and feisty spirit. She has a veteran’s command of the screen which allows her a dynamic range of kindness, love, sorrow, and fright, making Abra a character easy to believe. 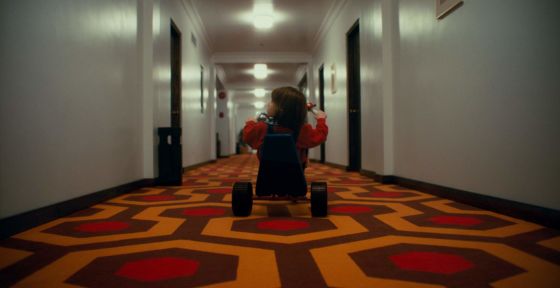 Of course, what would a sequel to The Shining be without dropping in some surprise holdovers? Wendy Carlos’ electronic score from the original is given sparkling augmentation by The Newton Brothers, never straying too far from Carlos’ minimalist leanings but not going overboard with excessive additions. Careful attention to set design and detail pay off throughout the film; aside from more overt inclusions, look for nods to some set pieces from Kubrick’s film (does the office where Dan interviews for his job seem familiar?), as well as sprinkles of Stephen King lore (example: what’s the name of the bus line Dan uses in the beginning of the film?). Likewise, Michael Fimognari’s emulation of Kubrick cinematographer John Alcott’s film-defining photography is put to work well here, involving us and immersing us deep in this battle for souls with long takes and scrupulous framing. 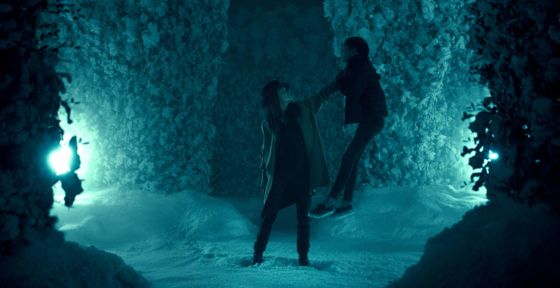 These homages to the original are only part of why Doctor Sleep succeeds. Flanagan takes care to make this film his own, applying diligent brushstrokes through his timing, pacing, and development. We’re never exposed to more than what the story needs to go forward, which makes the film fly by. No one outside of maybe two or three of Rose’s cohorts is given any kind of side story or explanation; all we know of them is they’re hungry, which gives rise to their threatening menace and bloody conclusions. This approach grants us the space to fully appreciate where our characters are going, what’s they’re up against, and what becomes of them after it’s done. Doctor Sleep is a different kind of horror film, as it relies on what we don’t see to make us shift uncomfortably in our seat and leaves our minds to fill in the gaps, which is the vicious magic this film delivers.

Doctor Sleep finds Mike Flanagan creating a danger-filled atmosphere where the stoichiometry between action, horror, and drama are perfect for his kind of explosions.