Sports > Baseball > The Dodgers are Bankrupt, Now What?

The Dodgers are Bankrupt, Now What? 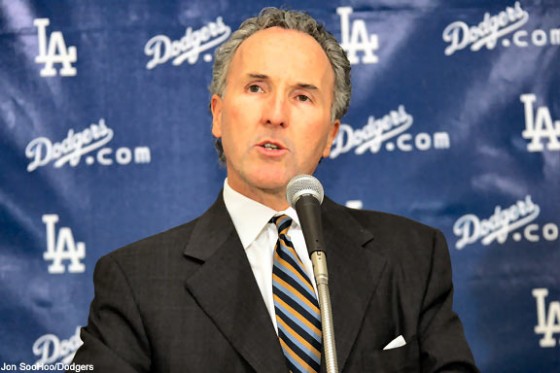 The Los Angeles Dodgers are one of the marquee franchises in Major League Baseball, in one of the most populated cities in the world. The odds that this team would be hurting for money is pretty low. However, a story that Hollywood couldn’t even imagine has broken out and forced Dodgers owner Frank McCourt to file for bankruptcy protection in a Delaware court.

McCourt bought the franchise from the Fox Entertainment Group back in 2004 and appeared to have controlling interest along with his then wife, Jamie McCourt. McCourt was a hands-on owner who was willing to spend money to acquire better talents on the field such as Manny Ramirez and in the front office which included former manager Joe Torre and former general manager Paul DePodesta.

However back in 2009, McCourt separated from his wife and the issue became a tabloid frenzy on whether or not, Frank could possibly keep the team after the divorce settlement. It appeared that McCourt would be able to keep them with a possible deal with Fox Entertainment extending the television rights for the next seventeen years.

The only problem at that point for McCourt was MLB commissioner Bud Selig had to approve the deal. Major League Baseball was already dealing with the day to day operations for the team and Selig was concerned that the team could possibly run out of money in the future and team could fold due to financial issues. McCourt was essentially using Fox Entertainment money to pay for the team’s payroll and that did not sit well with Selig.

So, Selig denied the deal and forced McCourt to file for bankruptcy protection. The real question at this point is, what happens to the Dodgers and Frank McCourt in the future? It seems to be two possible scenarios, the first is that McCourt through the bankruptcy court tries to sell the team to highest bidder, if the MLB doesn’t shut that down. The other scenario is that Major League Baseball strips control of the team from McCourt and sells them similar to the Texas Rangers where they hand-pick a bidder to buy the team. If you have already noticed, McCourt is going to lose ownership regardless of the situation unless he convinces the new owners to have him buy in after the deal is made for a percentage of the franchise.

On the field, it appears that the Dodgers are not letting their team ownership issues affect them since after the bankruptcy filing was announced, as they trumped the Minnesota Twins by the score of 15-0,  but this issue will continue to hang over the team until it is resolved. Frank McCourt filing for bankruptcy just adds to the intrigue of one of baseball’s storied franchises going through issues like most Americans right now, living day to day on borrowed money.