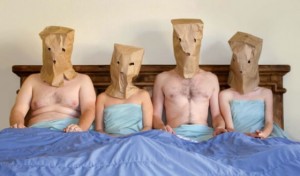 This day in age, with the intertubes and connect fours interlacing our brains to what the kids call The Net, everybody’s a critic. To the angsty young man who watched foreign films in dirty theaters run by a man with a eye patch instead of having sex in high school like the rest of us, starting up a film criticism website is the next logical step to fame and recognition. But it all ends in bitter tears when his site count doesn’t even reflect his mom visiting like she promised she would. My point is that pretending to be a critic is easy, but if you don’t write for The New York Times, Gunaxin, or are named Roger Ebert very few care about your opinion no matter how many times the one-eyed man agreed with your assessment of La Notte. But there are times, fascinating and baffling times, when a respected critic gets it so wrong that the A&E section of the newspaper explodes.

I recently watched a very good movie courtesy of Netflix watch it now. Being the paragons of independent movies and patrons of the arts, no doubt many of you have seen it- Baghead. It’s about four twenty-somethings who lock themselves up in a cabin with the intention of finally writing a movie. They get the idea to create a horror movie, and dundundun… their ideas appear to come to fruition! After one of the foursome has a drunken dream (or was it a dream?) about a man with a bag over his head, they sort of begin production in between shots of tequila and veiled sexual invitations and jealous threats. Their catalyst for the script then appears to be real, and everyone runs for their lives. Holy shit, this movie was awesome. It was really, really good. That’s about all I can say about it, since I had sex in high school instead of trying to decipher of nonsensical mutterings about Vietnam from that man with the eye patch.

Because I like to be validated, I read Roger Ebert’s review of the movie a few minutes after watching it, and this is what I read:

Here’s where I have my problem. How is an uninformed total outsider going to happen to be 11 miles out in the woods with a bag over his head, and just happen to stumble upon these four people who happen to be writing exactly such a story? I weary, yes, I weary. He is obviously simply a device to make the movie long enough to qualify as a feature, and the denouement will be one of stunning underwhelmingness. 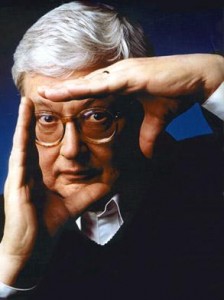 Dude. Seriously? That’s totally not what happens in this movie. I’m gonna go ahead and say it: Roger Ebert obviously didn’t even watch Baghead. The above passage and the rest of his review reads like the consensus one would get after reading the plot description. There is no way you can sit through all some odd minutes of that film and walk away with the above conclusion unless you fell asleep 15 minutes after it began. I’m not being argumentative because I disagree with Ebert’s opinion. He’s wrong on the very basic mechanics of the plot. How the hell did this this go to print, does Roger Ebert have an editor, and how can I get away with punching him in the balls for failing in his very basic obligation as a film critic- to actually watch the film?

Unethical behavior in criticism is nothing new. Sony famously whipped up a fake critic to praise their horrible movies years ago. Quote whores run rampant through the streets of Movie Trailer Town, infecting our young men with film syphilis (scroll down). Production companies twist and spin negative reviews for positive blurbs all the time. These are things we’ve come to expect after decades of movie watching. This generation has become so jaded and cynical, that man with the eye patch is now our personal hero. And it’s all because of the majority of Hollywood. But we expect more from the top dogs like Roger Ebert. Sure, he’s cocky and a little bit of a blowhard, but that’s what happens when you land your dream job of unashamedly ripping apart the hard work of others. It’s schadenfreude for pay, and not only is it fun and sexy, it’s righteous and necessary. So it sucks when a giant of the field of criticism drops the ball so badly, and it especially sucks when it’s a little-known film that would have benefited from Ebert’s opinion had he only stayed awake throughout the movie.