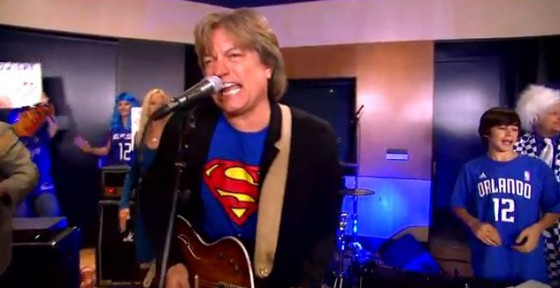 It’s always a slippery slope when musically inclined fans pen tribute songs for a team or player. Sometimes the end results are good, or at the very least, tolerable. But more often than not, the finished product falls somewhere between atrocious and horrifying. Which is exactly where “Let’s Fight For Dwight” lands, with a thud. In an effort to keep Dwight Howard from leaving via free agency, a group of Magic fans long on good intentions but woefully short on talent sing his praises.

Simon, what did you think?