Humor > Images > The Dog with the Penis Tattoo

The Dog with the Penis Tattoo

I get forwarded a lot of emails with a variety of so-called “funny” pics, videos, jokes, puns, stories, GIFs, photoshops, etc., attached. On occasion, although not as often as I would like, one of these inbox time bombs will contain genuinely amusing contents. Such is the case with the following photo. I have no way of verifying its authenticity, but for once I don’t care whether it’s real or fake. It made me chuckle, so damn the torpedoes. 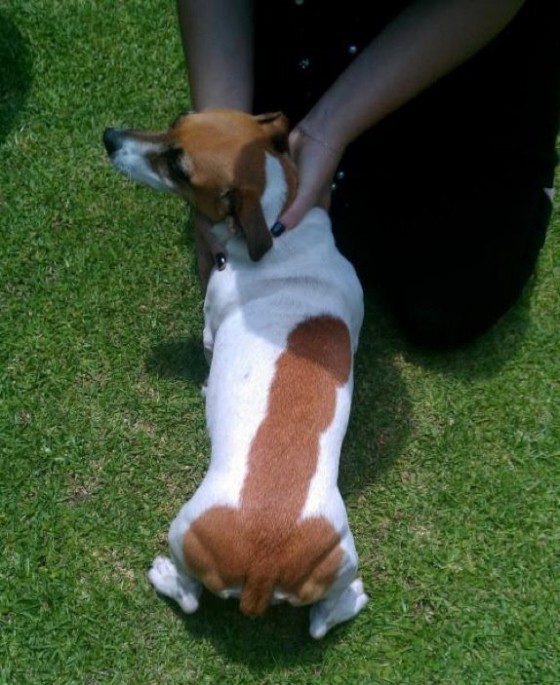 The over/under for number of times the little fella’s owner kneels behind pretending it’s his dong is eight gazillion.