For American Craft Beer Week, we’re profiling a different Craft Brewery each day this week, and today we’re staying in California with Stone Brewing Company. Stone Brewing is one of the first craft brewers we reviewed on this site, and their beers are highly rated by lovers of good beer all over the internet. 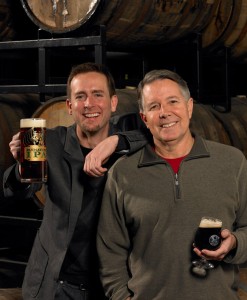 Established in 1996, the brewery’s first beer was Stone Pale Ale, which they consider to be its flagship ale. Most of their beers are characteristic of west-coast craft brews, meaning that they have a high hop content. Compared to most brewers, many Stone brews feature alcohol percentages that are well above average. The alcohol-by-volume content of Stone brews ranges from 4.4% to well over 11%.

Stone Brewing is rated as one of the best brewers in the US and world by the two largest beer enthusiast websites, RateBeer and BeerAdvocate. Stone Brewing has been voted by the readers of Beer Advocate as the #1 Best Brewery all time ever, two years in a row. (Wikipedia) 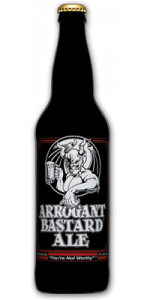 Stone beers are bottled in 22 ounce bottles, 12 oz six packs, and occasionally 3 liter bottles. We’ve reviewed a few Stone Brewing beers over the years, and you can find links to them below :

Stone craft brews have also found their way onto a couple of our beer lists, and you can find links to those below :