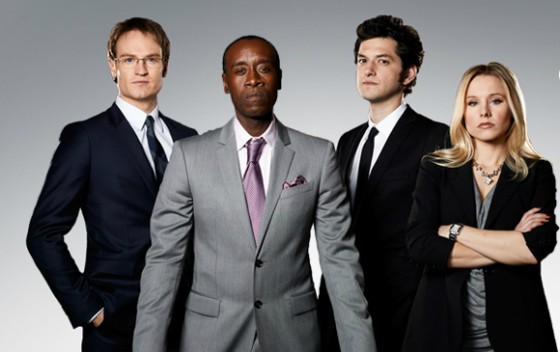 Ahead of the premiere this coming Sunday night, Showtime has made the first episode of its new half-hour comedy House of Lies free to watch on YouTube. It’s been edited for language and nudity, but don’t let that discourage you from checking it out. Nor the fact that it’s about asshole management consultants.

I watched the “fun” version the other night and came away impressed. Lots of f-bombs and a full-on lesbian make-out session are just a couple of reasons to give it a look. Want another? The sneaky sexy Kristen Bell strips down to her bra and panties in a future episode. Want another? Don Cheadle. That is all.