Gadgets > Games > Donkey Kong Country Returns… So Does My Temper

Donkey Kong Country Returns… So Does My Temper 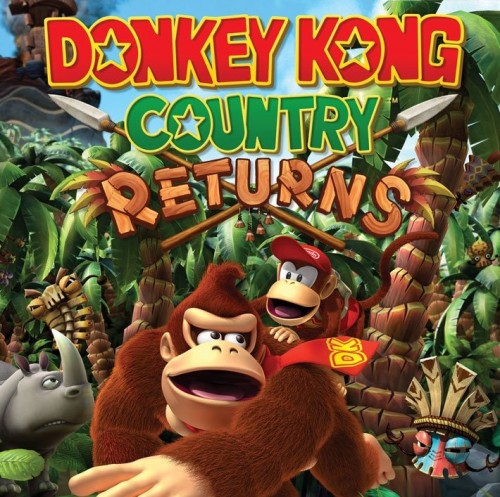 Let me tell you a little something about me. I’m not a Nintendo Wii guy. No, the PS3 and the Xbox 360 are mine and the Wii is my wife’s. Yeah, I know, it’s a really creative system and I applaud my former childhood champion Nintendo for taking back the video game market that they once dominated in the 80’s and 90’s. But I’m not a fan of something that looks like a cartoon for deaf, mute four-year-olds.

But when I heard that there would be a new Donkey Kong Country game (Buy from Amazon) at this years Electronic Gaming Expo, I told my wife that this was something I would certainly be interested in. And she remembered this statement and recruited me to help her play one of the most frustrating games in recent memory.

I was a huge fan of the Donkey Kong Country games on the Super Nintendo during high school and spent many a day after baseball practice learning to cuss (more) like a sailor because of said games. They were extremely addicting and a technological achievement for the time period. But they were also an extreme lightning rod for my temper.

Anyone who played those classic games know exactly what I’m talking about. They were so much fun that you couldn’t stop playing. But they were so annoyingly difficult at times you had to ask yourself why you were still playing, because it just wasn’t fun anymore.

Well, this hasn’t changed even the tiniest bit in the new release. It is still a ridiculously fun two player adventure. But it will also make you want to punch anything within three feet of your playing radius. I can’t tell you how many times I said “That’s F’n BULSHIT!” or threw something and scared my dog out of the room while playing this.

The game developers said they wanted to remain as true to the originals as possible and they certainly achieved that. Not just on how excruciatingly painful the game an be, but on game play and nostalgia as well. You still play as Donkey Kong and Diddy Kong. A lot of the music is similar/updated from the original and a lot of the supporting characters like Cranky Kong are back. The “Ground & Pound” move and Diddy’s cartwheel are both back as well. The insanely difficult barrel shooting levels and the mine carts are back, too.

Much like the New Super Mario Bros Wii game that was released a year ago, it is just a game the relies on nostalgia and love for a 2D side-scroller to be successful. And it exceeds in every way imaginable. Sure, you’ll feel like punching your first born in the throat while playing sometimes, but you’ll have more fun than not.

In short, it made me feel like I was when I was 16 again… happy and extremely angry. 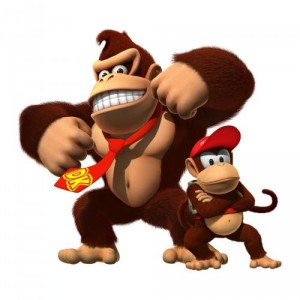 Game Play
The controls are similar to the original but with a few of the Wii gimmicks thrown in. For example, to perform a “Kong Roll” or a “Diddy Cartwheel” you now have to shake the Wii remote. It takes some getting used to, but it is a bit difficult to adapt to at first.

Graphics
The graphics are about what you would expect from the Wii. Visually, it resembles the same look as that in the New Super Mario Bros Wii. But that is a good thing.

Lasting Appeal/Replay Value
There is plenty in this game to keep you busy. Each level has numerous secrets to discover and artifacts to find. Back from the original is finding the “K-O-N-G” letters and the animal pals. There is also several hidden “puzzle pieces” on each level that unlock image galleries. Once you find all the letters and puzzle pieces in every stage on a level, a new bonus stage is opened up. So there is plenty to keep you interested after defeating the main game.

Overall
A game that any fan of the originals must play. But a game that someone who missed those will still enjoy. Wii fan or not, this one is a must buy.