Gadgets > Games > Don’t Get ‘Board’ at Christmas

Don’t Get ‘Board’ at Christmas 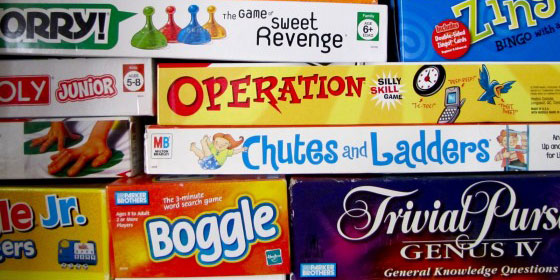 Before I even begin, I must admit that this title is a bit of a misnomer since the point I’m going to hopefully, eventually get across is that Board Games don’t necessarily have to be those take-one-look-and-throw-atop-a-closet gift that everyone dreads. Seriously, bear with me here, because I do have a point and, possibly, proof.

Christmas is literally just over a week away, and if you haven’t put even an inkling of thought into your lists for family and friends, might I suggest that you get on that mess before you’re reduced to raiding a Walgreen’s at midnight on Christmas eve stocking up on acres of shit no one in their right minds would ever want. Trust me, despite the fact that Christmas is supposed to be a season of giving, nobody wants to be given a box of Band-Aids and a Lightning McQueen sippy cup. For any reason. But that doesn’t mean that you have to sell internal organs to pay for your present purchasing excursions. Why? How? Board Games. That’s right: Board Games.

It seems this year specifically I have seen tons and tons of games occupying far more shelf space than seasons past. Maybe it’s just me, but I believe this year could really be the year of the revamped love for the lowly Board Game. Especially during a time when X-Boxes and PS4’s are making their debuts, it almost seems ridiculous and sad that those boxed packs of boredom would even stand a chance. But that speaks fully to the point: I think it might be high time we as a society drop those controllers, set aside those ultra-violent video games, and look back at the fun we all used to enjoy as children. Yes, I say all of us because at one time, Board Games were all the rage. I think it’s time for that rage to return.

So whats new and/or redesigned this year? Well, let’s take a little trip down the Chutes and Ladders into Candy Land and check them out, what do ya say?

Talk about an old-school classic. Monopoly is and was either the bane of everyone’s game-playing existence, or else some of the most fun memories of all time. Where else can such blood-thirsty competitors wage money wars against the very people they typically love and respect? Where else can hoarding properties and real estate become vicious enough to spawn all-out verbal wars and sometimes physical beatings? No where. Well, unless you’re actually a person who does those kinds of things in the real world. In which case, please don’t play this game. Monopoly is always a favorite and at the very least gets the family together for a night of tears and deflated egos. 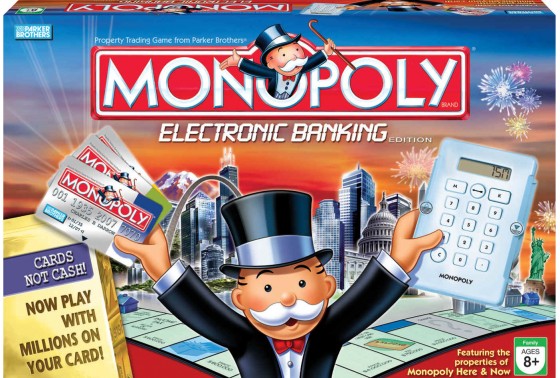 Have you been missing grandma lately? Do you fancy yourself an amateur Parapsychologist? Or, are you just practicing up to join your local ghost-hunting squad? Either way, and Ouija Board is the means to an end for you, my friend. Seemingly harmless, this conduit to the otherworld is anything but innocent play. Oh sure, it’s all fun and games right from the box what with its nifty alphabet and snazzy pointer… but things can get mighty hairy when you conjure a malevolent spirit into your parent’s basement just because he seemed lonely. But hey, there’s a good side too! Noting says fun like having the restless souls of Ted Bundy, Mary Shelley, and Uncle Gus telling you stories of Purgatory over a mug of hot cocoa. Sounds good to me. 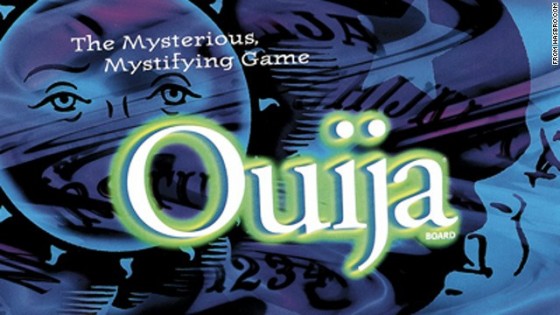 That’s right jaded kids, before it was a second-rate bullshit movie, it was a Board Game featuring plastic pegs, RADAR screens, and the desire to blow the piss out of your opponent’s boats. I see nothing but fun there! In case you forgot, the idea is to strategically place your five ships all over the 2-foot square chunk of oceanic real estate you’re given in hopes of having your enemy miss with his ‘Red Bombs’. But, sadly, it’s only a matter of time before a hit is scored because, oddly, unlike the actual Navy who, presumably, has functioning ships, you can’t move once you’re set. But that’s part of the fun, see, because you can lie! Lying is good for you and teaches real-world lessons in avoidance and… fibbing? I guess? Look: it’s a fun game especially when the power’s out. 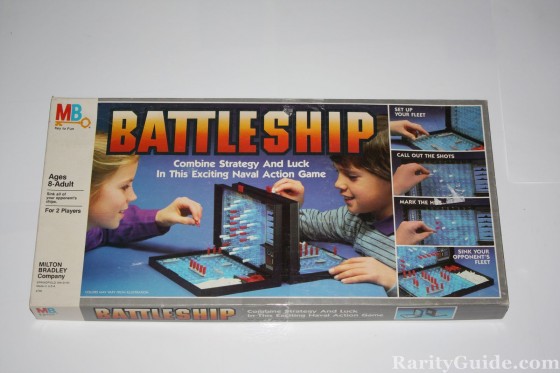 Of the classic games to receive the ‘retro’ treatment this year, LIFE has them all beat. It’s gone back to its roots and the packaging is as classic as the day the first game rolled off the printer: basic, clean, and oh-so nostalgic. But don’t let the box fool you, the game within is as fun as ever! Scooping up the best job, heading off to college, paying back loans, wedging a spouse and five kids into the smallest car possible, and paying ridiculous fees to the bank has never been more exciting! Gather the family, a big bowl of popcorn, and smile along as your nine-year old son thinks it’s clever to marry a blue peg as he lives a life as a doctor going on sky-diving excursions while you waste away as a single mechanic praying for the end. Good, clean family fun! 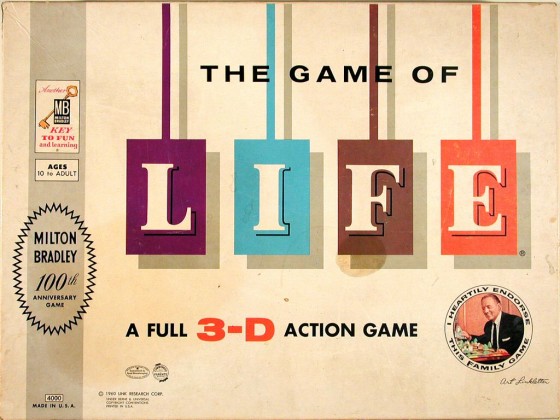 I’m still not entirely convinced that this game isn’t all just a matter of dumb luck over any kind of discernible skill. If you’ve never played, the idea is to take the white side of the dots and turn all your opponent’s black dots your color, and vice versa. Basically, it’s a game of racism and teaching inequality in a manner we can all understand while making it fun with nondescript pieces of round plastic. But I think we all know what’s happening here, don’t we? Yeah. We do. Let me just offer one piece of advice: when whitey wins (and, sadly, whitey wins a lot), don’t gloat, because the black side of the plastic dots will never let you forget. 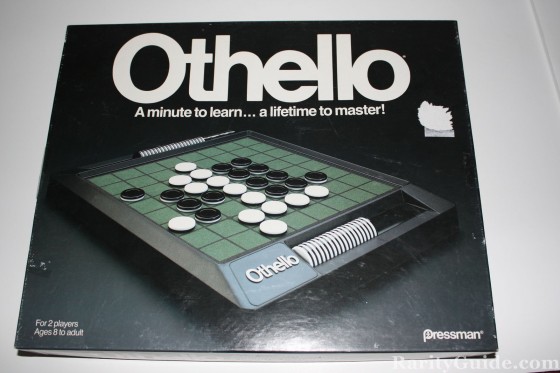 Speaking of mean-spirited games thinly disguised as wonderful fun, here we’ve got Sorry! The ultimate game of ‘feign-sorrow-as-you-brutally-flick-your-opponent’s-piece-across-the-room’. But hey, that’s the rules, Sobby Sobberton, take it like a man and get on with your life. Card-based at its core, but with the added joy of dancing a bunch of rainbow-colored pegs around a monotonous board, Sorry! offers the unique opportunity to silently stalk and destroy your pray while you curse the deck hoping for a 1 or a 2 so you can finally GET THE HELL HOME! Why is there never a DAMN 1 OR 2 WHEN YOU NEED IT! For fuck sake! This game is such a pain in the ass… Lemme breathe. I’m sorry. Anyway, I apologize for flicking your peg into the toilet. 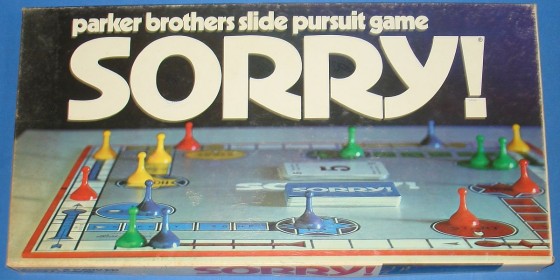 Since it’s a proven fact that Jenga is really only fun when you’re drunk, then it makes an especially great gift for those after-Christmas/New Year’s parties when you likely will swim down enough alcohol to render speech pretty much useless anyway. And believe me when I say it takes twice as log to set the tower perfectly as it does to yank it down because you forgot how physics work after your fifth Long Island Ice Tea. Idiot. 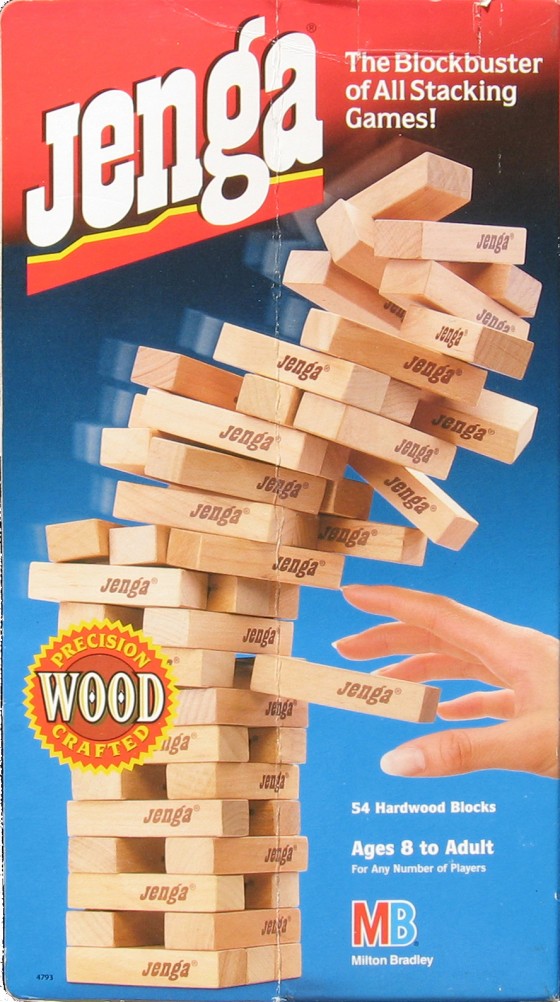 Take the skill completely out of Checkers, toss in your innate ability to fail at Tic-Tac-Toe every damn time, and turn it all vertically and you’ve got the mind-numbing frustration… I mean FUN of Connect Four! At it brass-tacks core, all you’re trying to do is block the other person from making a pattern of four. The fact that you might actually make four yourself is completely happenstance. You see, the more you steadily and methodically piss off your opponent by cock-blocking him at every turn, the more lax he’ll become until, out of sheer coincidence, you make four in a row. Congratulations! Your friend hates you and just kicked your dog in the ass as he stormed out of your house. Connect Four! 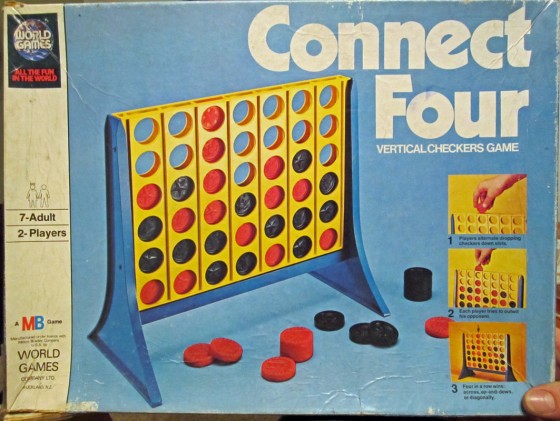 RULE 1) Don’t ever… EVER play Twister with any member of your own family. Especially of the opposite sex. Trust me, getting knotted into an leg pretzel with your mom might seem like fun at first, but sporting an accidental boner because your head is in her ass is something just uncomfortable enough to illicit thoughts of immediate suicide.

RULE 2) Only play sober with friends who are game for anything when they are drunk. The more sober you are, the more you can enjoy your sexually-frustrated yet alarmingly sexy friend Anne in the tight pants flex herself into a yoga position because she downed a few too many Mai Tais. She thinks it’s cute when you snake around her crotchal region trying to aim for red when there was a far easier way in the first place.

RULE 3) If your name is Tony and your friend Greg invites you over for a one-on-one Twister session, consider making a new friend or registering for gifts at Kohl’s. 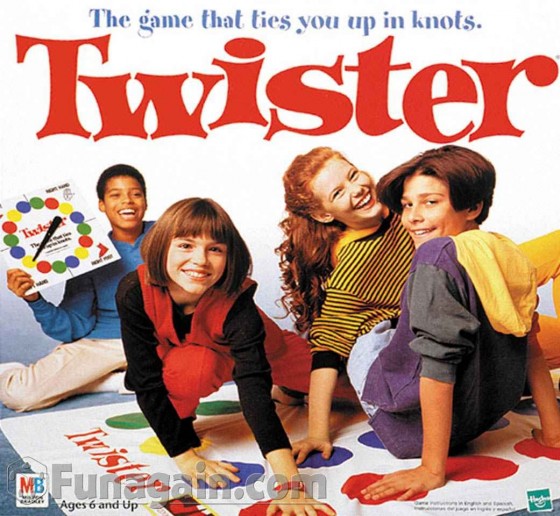 Simon is especially fun for those of us with severe ADHD. It’s colors, it’s noises, it’s pointless repetition… it’s basically a day in the city without the occasional muggings. And let me tell you, nothing will buy you a good half hour of free time from your kids, with either your wife, or a bottle of Scotch, like a Simon session. Frustrations might flare (and they will) but at lease it’s exciting enough to shut down your sanity for a while as you attempt to repeat a pattern you forgot after the second round. Simon hates you and everyone you love. 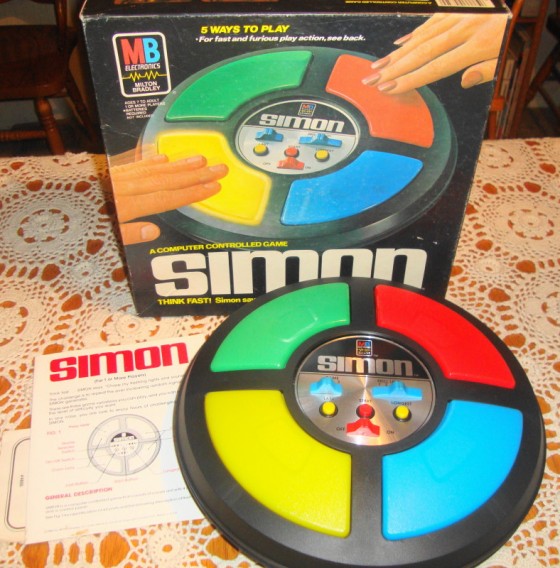