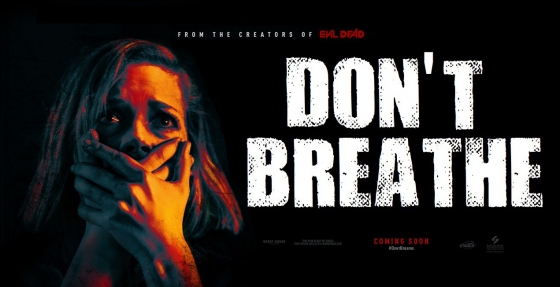 Tense home invasion flick from “Evil Dead” resurrector Fede Alvarez takes place in a condemned neighborhood of Detroit where a blind war vet (Stephen Lang) has a harsh surprise for three petty thieves banking on a sure thing —$300k tucked under the proverbial mattress. It’s one thing to break and enter; certainly a black mark on your karmic record if it happens to be a blind guy. But you’re going straight to hell if you plan on stealing the settlement money from an accident that killed somebody’s child. That’s the bounty that three wayward twenty-somethings (Jane Levy, Dylan Minnette, Daniel Zovatto) are hoping to exit with, but it’s going to take a little more than tip-toeing around to get what they came for. 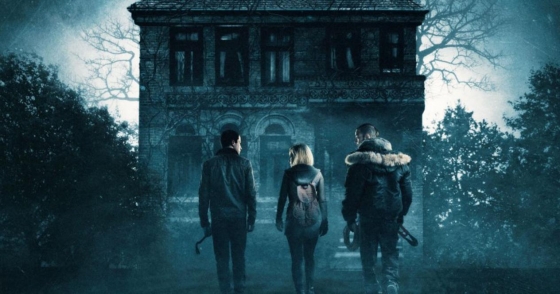 The setting alone is enough to get your skin crawling; if you’ve seen anything about these sprawling abandoned Detroit streets, it’s evident that help is nowhere nearby. With that established, young mom Rocky (“Evil Dead” star Levy) is willing to risk one last gig if it’s going to help get her and her kid the hell out of Dodge, where they live with her foul, drunk mother. Clean cut, puppy-love incarnate Alex (Minnette) and his polar opposite, asshat poster-child for horror flick expendables (Zovatto) drug the Rottweiler and make their move for the easy money. The blind resident lays asleep with family videos of his long deceased little girl on a VHS loop; gassing him in his sleep should buy a couple of hours to root around and find the loot. 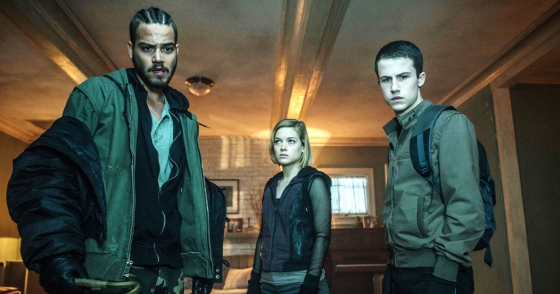 Somebody should’ve check the expiration date on the sleeping agent! Fast forward a second, and the tables have turned considerably. Karma’s coming back threefold,  and it’s much worse than being shot in the face. “Don’t Breathe” is pretty terrifying down to its foundation—you’d think it impossible not to be able to out maneuver a blind guy with a gun, but writer/director Alvarez and co-writer Rodo Sayagues write a scenario that is not only plausible, but pretty damn scary. You’re rooting for the kids to escape the confines of the house, but also want to see a guy whose life couldn’t get any worse dispense justice to a group of little punks. 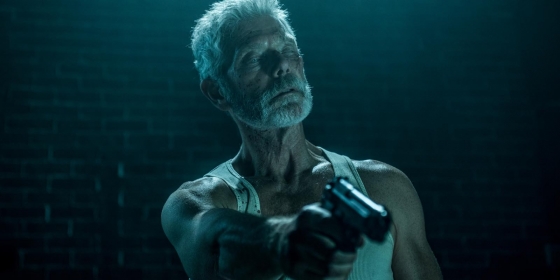 This wouldn’t be the first time that someone turned the home invasion flick on its head, but it would be the first time someone did it this effectively. Lang plays the sightless villain exactly to the right tune; his back story alone gets us to sympathize in almost every way imaginable. Who to root for—the mom forced into crime to build a better future for her child, or the aging guy who’s been repeatedly shellacked by life only to get insult added to injury? You make that decision in the final minutes.