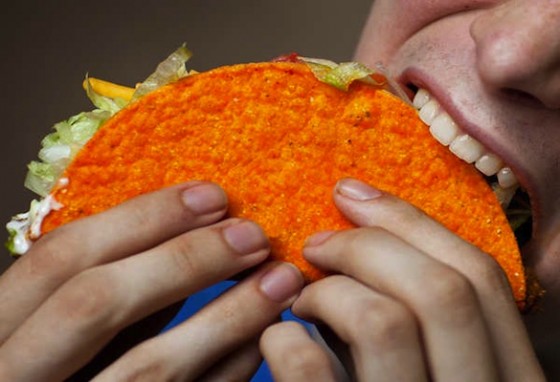 Have you ever sat around with your friends during some late night snacking and wondered, “Why don’t they just make Taco Shells from Doritos?” Why indeed. Apparently the answer is because it was more difficult than it sounds. The good folks at Taco Bell invited us to their Headquarters in Irvine, CA last week, to answer that very question. 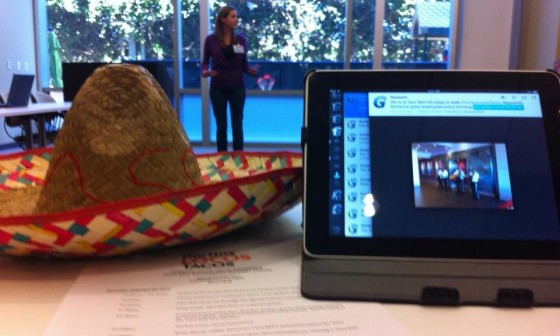 They’ve been working on this task since 2010, with preliminary testing ending in failure. Their first idea was to take the half-assed route of smearing some Doritos seasoning on the outside of their regular taco shells, and well, it sucked. So then they turned to the far more difficult task of creating a Taco Shell out of actual Doritos. Between changing the shape from the standard triangle, and attempting to create shells that wouldn’t break during transport, they had quite the challenge on their hands… in addition to Doritos seasoning.

The result is worth the effort though, as Doritos Locos Tacos have been well received in test markets, and are now set to go National on March 8th. CEO Greg Creed explained to us that these new shells required new factory lines to be built and new people to be hired. He believes it is a good example of an American company investing cash, developing a new product, and generating jobs for the economy. Taco Bell considers this their biggest development and launch in their 50 year history, and while we were a bit skeptical of that at first, they really drove that point home in our time at their office. They’re actually launching the product at midnight (local time) and expect to sell 60 million of these things per week initially. 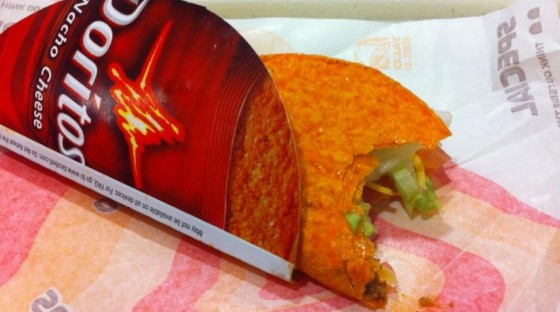 So how do they taste? Honestly they tasted exactly like you’d expect a taco made of Doritos to taste. The shells really are authentic Doritos, and the stuff inside is what you normally expect from Taco Bell. It’s a bit of a no-brainer if you ask me, as Taco Shells are typically bland. The Doritos taste didn’t overpower the taco in my opinion, and only added to the experience. What about other flavors? Those are coming soon too, with Cool Ranch expected to be the second flavor rolled out.