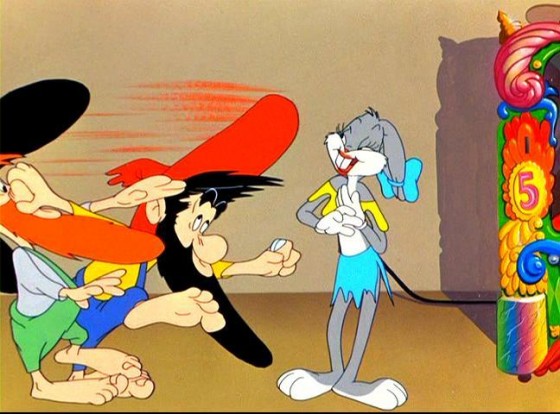 If you’re anything like me, then chances are pretty good that way back in your ’80s gym class days, likely in Elementary School, you were taught for some ridiculous reason how to Square Dance. And if I remember it correctly, maybe a full month was dedicated to that Allemande nightmare so, inexplicably, it could be performed in front of a listless group of mildly amused parents.

I grew up in a fairly modernized and standard city where Square Dancing was best left to Barbara Mandrell and her sisters on TV, or maybe the occasional episode of The Dukes of Hazzard, so it was a mystery to me why we had to spend so much of our otherwise basketball and scooter-filled time in phys-ed learning how to Dosey Doe and ‘Turn to Your Partner’. And to be perfectly frank, I don’t even get it to this day. Historical or not, it just seems dated and archaic. But what do I know since November 29th is Square Dance Day. Yee Haw!

Well, since the day does exist, how about a few pop-culture references to square dancing? Sounds good to me!

This is a group called the Traveling Hoedowners and they square dance. There's not much else you need to know, honestly.

I know next to nothing about this movie other than the fact that it stars a very young Winona Ryder and Rob Lowe. I'm assuming there might be some square dancing in it, unless it's just a clever title or some kind of ridiculous play on words.

For a guy who has almost no desire to enjoy rap, I have to admit I'm a pretty big Eminem fan. And for those who are unaware, he did a pretty cool song called "Square Dance."

Quite possibly the funniest square dance of all time. Because it's Bugs Bunny, that's why.