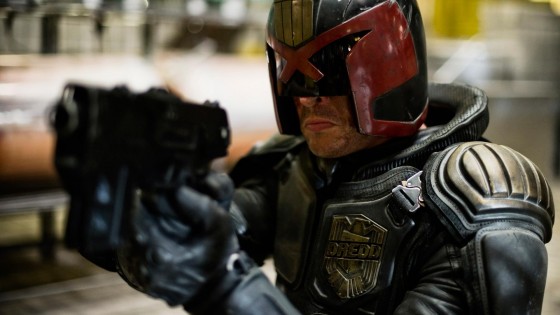 The Judge Dredd reboot is set to hit theaters on September 21st, and last week they released another look at the film in the form of a television commercial. As we mentioned back in June, fans of the series have their fingers crossed that Dredd 3D will do the original comic justice (ha!), and initial reactions have been mostly positive :

This flick was filmed in 3D (if you couldn’t tell by the title), and returns Judge Dredd to the dark, visceral incarnation from John Wagner and Carlos Ezquerra’s revered comic strip. Post apocalyptic stories have done quite well on television and in the theater in recent years, so it seems like a good time to reboot this classic. In this adaptation, Judge Dredd teams up with a rookie who possesses psychic abilities. Together they fight to wrest control of Mega City One’s dystopic streets from a brutal prostitute-turned-drug kingpin. Here is the full trailer to Dredd 3D :