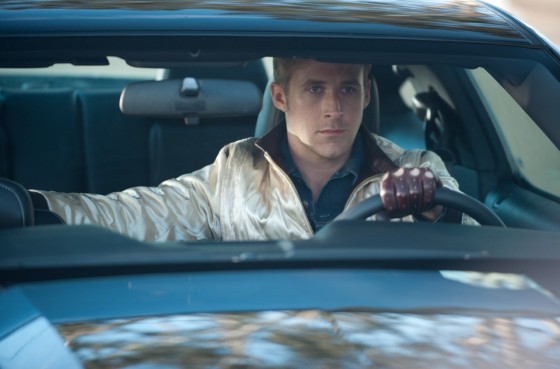 Every now and then a movie comes along that by cast, short description and trailer really gets me hyped. Drive was one of those movies. I saw the lineup of Ryan Gosling (who is quickly becoming the best working actor in America), Bryan Cranston, Albert Brooks, Carey Mulligan, Christina Hendricks and Ron Perlman and I almost didn’t need to see anything else. I went into it with high expectations and the film fulfilled them with ease.

I’ll start with style. There is so much gravitas it’s borderline ridiculous. Every moment is done with, excuse the oxymoron, simple flare. The best way to describe it is an art-action movie that delivers on so many different levels.

The movie was placed under the care of director Nicolas Winding Refn and writer Hossein Amini. These two haven’t done a whole lot of films or at least films we would be familiar with, but don’t let their relative inexperience deter you. They, along with a haunting and perfectly placed score by Cliff Martinez, do a great job of keeping the audience on the entire hour and forty minutes.

The direction is a lesson in suspense and tension. Refn uses stillness and quiet moments to keep the viewer engrossed. There are several moments where characters don’t say anything for several beats longer than normally comfortable. Instead, Refn chooses to allow his cast and Cliff Martinez to fill the void with substance. 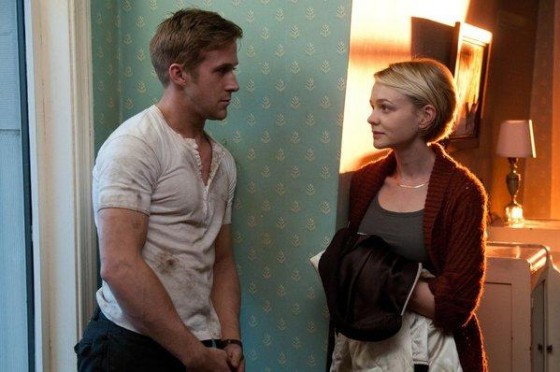 The plot sets this up with a tremendous opening scene largely told through the static sounds of a police scanner. It’s just Ryan Gosling and his quiet confident gaze behind the wheel executing an intricate and daring escape from the cops.

Drive seems derivative of older stunt/heist movies of the ’80s. One of the characters even references that he used to produce movies like those in the past. The movie is simultaneously an homage and fresh take on a hero flick thanks in large part to the James Dean-like performance of Ryan Gosling.

Gosling broke onto the scene in The Notebook, but those familiar with his work know he’s so much better than that. He was nominated for an Oscar for his performance in Half Nelson and was snubbed for another in last year’s gritty Blue Valentine. I wouldn’t be surprised if he gets another one for this. His character is nuanced — his performance wonderfully understated. There’s a moment in a diner when he’s enjoying a bowl of ice cream and his character finally loses his cool; from that moment on Gosling never relents. He is driven by the love of a woman, but more so of a child. The relationship is never sexual. There’s a brilliant scene in an elevator that plays on the sense of love, but quickly switches to graphic violence. 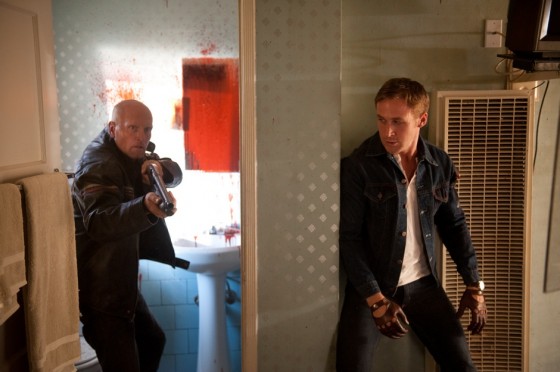 Drive does not lean on violence, but when it appears, Refn really makes it count. The deaths are gory and slow developing. The violence isn’t gratuitous, but visceral. You feel the violence. This aids in the tension. There are a lot of quiet moments, but we know right around the corner a brutal outburst is lying in wait.

I have used a lot of superlatives to describe how good I think the film is, but I have first-hand knowledge it will not be liked by all. As the movie came to a close, a guy who decided to assert his intellectual ineptitude over the whole theater exclaimed, “Worst movie ever!” Perhaps his money will be better spent on Killer Elite. Drive is not an action-packed thrill ride; it’s a subtle, nuanced and atypical studio movie. I suspect it will draw heaps of critical praise, but amongst moviegoers it could be quite polarizing.

Last year the chatter among film aficionados was, “Have you seen Black Swan?” This year I suspect it will be, “Have you checked out Drive?”