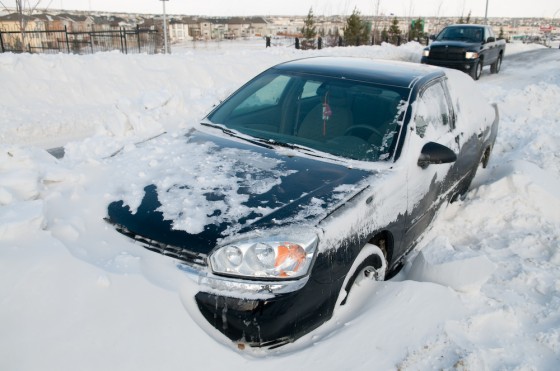 The trouble with winter around this great nation of ours isn’t so much the actual snow, ice, and frozen homeless people, no, sadly, it’s the fucking morons who have completely forgotten their driving skills. Here in Michigan, winter is an annual thing and more often than not it hangs around from about November through roughly April, so it’s not that it’s any kind of surprise what so ever. Yet, that fateful first day of snow and mildly slick roads brings out everyone’s idiotic side and turns even the most careful drivers into brain-fucked jackasses who wouldn’t know a break pedal from peanut brittle. Cars sliding off the road, mucking up the freeway with their tard drivers behind the wheel, and countless of easily-avoided accidents caused by severe bouts of stupidity. Even our current winter has shown the rest of the nation -states who don’t normally see an inch of snow in a decade- just what it’s like to be within spitting distance of the goddamn Arctic Circle.

So what do we, as a nation of relatively smart people, do about this shit? Well, I have some ideas and since I have never, not once, ever gotten into a winter-related automobile misadventure, I can willingly and without a trace of irony nominate myself to figure out this damn problem once and for all. 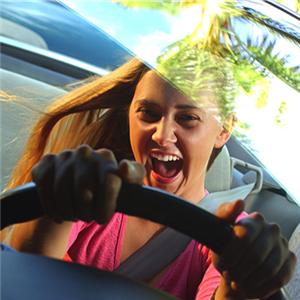 We all know that sub-adult ass clowns show as much respect for laws as pedophiliac cat burglars so it makes sense to get the steering wheel out of these people’s hands first. For some reason those abhorrent, post-adolescent douchebags feel it so necessary to be in the mix with their friends at all times, what with their FaceBook apps and their cellies blowing up and their ridiculous skinny jeans and backwards ball caps… Get off my roads, fuck face! From Snow Day 1 through the last, these prepubescent jerk wads are required to take the bus. The only time a bus gets into an accident is when a dumb-assed kid hits ’em!

Show-Offs Ride in the Back 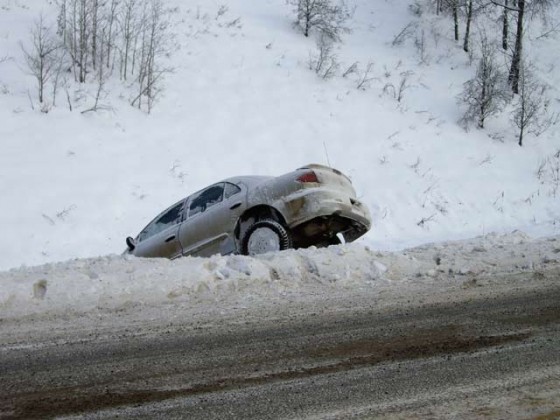 One of the leading causes of winter-related auto injuries are those assholes who decide that an icy road is the perfect time to show off those mad driving skills they picked up from logging hours upon hours playing Grand Tourismo. The X-Box 360 controller does not -at all even if it is a wheel- translate into actual driving prowess much the same way that playing Mario repeatedly won’t give you talents in the arena of plumbing and masonry. I truly dig how you have mastered the art of drifting around corners like Vin Diesel, but you are not, nor will you ever be, a Hollywood Stunt Driver doing that on slippery roads surrounded by innocent vehicles you throbbing cock sucker. Back seat now till your Ritalin wears off. 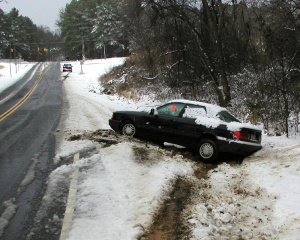 Being in a hurry on an ice- and snow-covered road is just ridiculous. Everyone else around you would really like to get where they’re going without having to make ambulance arrangements in the process, and your constant darting in and out of traffic is only going to afford you one thing: a face-full of windshield and a lap-full of your own teeth. I’m sorry you’re late for that meeting with that one client who always wears the tight skirt with the top two buttons undone and you’re letting your dick do the driving, but the seven sets of parents in seven cars surrounding you have children who’d rather see them for dinner than in traction. So put your wang back in your Dockers, and next time leave fifteen minutes earlier, you stupid git.

Drive Time is Not Nap Time 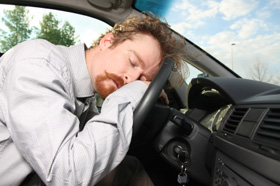 Regardless of whether or not the roads are clear should make no difference when it comes to driving tired. Sure the percentage of actual accidents is probably higher on shitty streets when you drive half conscious, but either way it’s a bad idea. I understand folks are coming home from third-shift jobs, or heading into work at five in the morning, or any other petty excuse for half-awake driving… we’ve all been there, but it’s just unsafe and a royally dumb fuck thing to do. So whatever you need to do to get yourself right -coffee, soda, crack, a blow job- do it up and then drive, otherwise find somewhere to grab a few Z’s and keep your Sleeping Beauty-ass off the road. Oh, and it goes without saying (on a similar note) not to get behind any wheel of anything after having a few drinks. Nothing says, ‘I’m a fuck face who’s shit faced, please arrest me’, more than driving intoxicated. Don’t do, knuckle head. 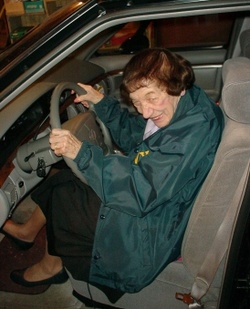 I have nothing against grandparents and old folks, I love my senile Nana to pieces, but I sure as shit wouldn’t want her in the driver’s seat of any movable vehicle when it’s snowing. Fortunately she doesn’t drive anyway (she may be bat shit crazy but at least she was smart enough to give up driving when she started talking to lampposts), my gramps tools her around when she needs to get Poly-Dent or water crackers. However, neither of them will venture out when there’s ice or snow on the roads… they can’t get loose from their restraints anyway. I’m kidding, but if that’s what it takes to wrangle those pesky old people and keep them off the roads, I’m willing to invest in a few sets of shackles. Here in Michigan a full fifty percent of all winter accidents have an old person involved and the other fifty percent is a collection of everyone else. So, those odds alone ought to tell us it’s time to corral the AARP’ers and take away their keys. I know I’d feel safer. But, sadly, no one has the balls to tell those wrinkled fucks that going 12 in a 40 is just as bad as going 70 in a 40, and besides, their reaction time is like a blind tard swinging at a fastball. Not so good. So flip on Matlock and shut those ghouls down.