Driving the Lexus GS 350 in Vegas

This past weekend we were invited to Las Vegas to check out the new Lexus GS 350. While we were treated to some great meals, good company, and a fabulous Super Bowl party, we’re going to focus on the cars in this article, since our time with them really was the highlight of the trip. Apologies for the low quality photos, as I only brought my cell phone camera with me to the track. I’ll mix in some PR photos where appropriate. 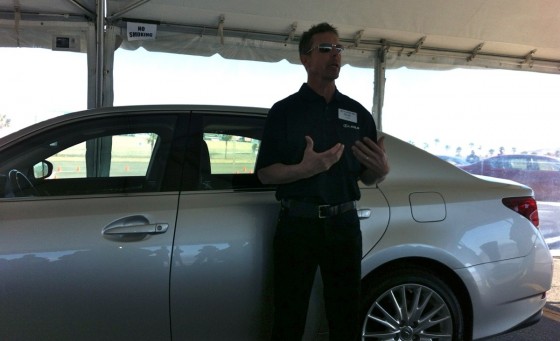 On Saturday morning we were transported to the Las Vegas Motor Speedway with about 15 other online media outlets. When we arrived we were greeted by some folks from Lexus, and professional driver Scott Pruett. They informed us of the entirely new direction for Lexus, focusing more on performance, and apparently targeting a younger demographic. The 2013 GS 350 (available now) offers advanced technology with its Lexus Enform system, more aggressive styling, and higher performance than previous models.

From there they described the day’s events, which would include some time on the road course, and a competition on what they called the autocross. To me the autocross looked like a DMV test at first, and I wasn’t too excited about it, but it proved to be the most fun part of the day. Fred (one of the Gunaxin co-founders) and I made our way to the road course first, where we were required to wear helmets. 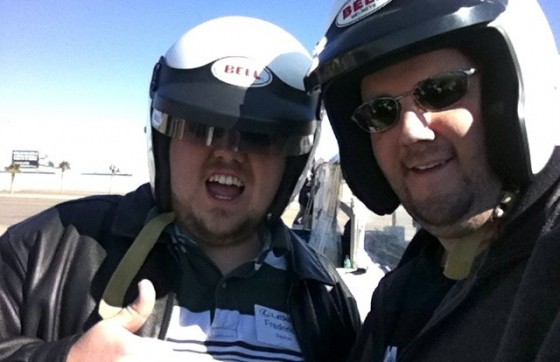 We each took a turn on the track, and they had all of the various GS trim models for us to test out. I found myself in a Lexus GS 350 Luxury Package, which is essentially the top of the line. After a couple of laps with the instructor driving, I felt the need to remove my sweatshirt as I was getting a bit hot, and feeling a bit nauseous. I’ll blame the bacon at breakfast, and the fact that I rarely ride in the passenger seat in vehicles. He showed us the proper lines to take into the turns, and where the brake points were. It all felt natural to me, after many hours behind the wheel in Pole Position growing up.

Then we switched seats, and I was able to take 3 laps around the track with the instructor watching very closely to make sure I didn’t run their $50k Lexus into a wall. I must have done fairly well, as he didn’t feel the need to shout out any corrections or comment at all on my driving. The track packed plenty of turns, and one main straight away where I maxed out the speed at 99 mph (as indicated on the heads up display). The 4 door sedan handled everything beautifully, and I could easily say it was the hardest I had ever pushed a vehicle. 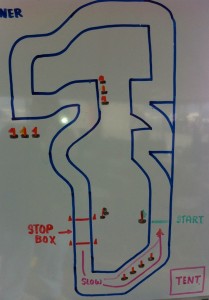 From there we moved to the autocross course, which was essentially a bunch of cones laid out on a parking lot. The key though was that they were timing us, and that we were competing. They urged us to turn the vehicle into Sport+ mode, and go for it. No instructor in the car this time, no helmet, and very few rules. Hitting a cone added 2 seconds to your time, as did failing to stop in the designated area. Holy shit this was fun, and addictive. The GS truly felt like a Sports Car navigating the course, and not the 4 door sedan that it is. They gave us two practice laps, and my time progressively decreased. The third lap counted, and I posted a time of 38.172 seconds. It was good enough for 10th place out of 29, while Fred rocked it with a 36.952 and finished 3rd. There was no prize for 3rd place, but being able to drive the course as many times as we wanted all afternoon proved to be the real prize anyways. 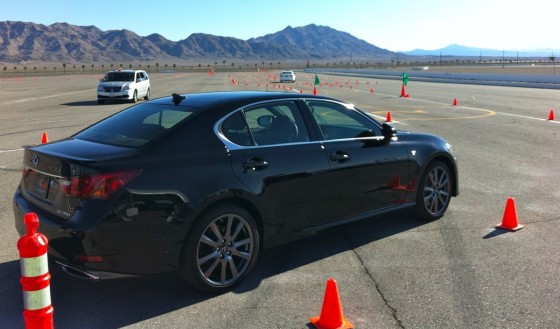 Soon after we finished our timed laps, Scott Pruett made his was over to the autocross to see what kind of time he could lay down. He may have disregarded the rules a bit with his rolling starts, and his failure to stop in the designated area, but you could tell he was on an entirely different level. He made the car slide around corners like he was playing a game of Mario Kart. His first couple of laps came in around the 33 second mark. That’s only 3-5 seconds faster than the Top 10 writers you say? Well consider that is also a 10-15% difference. He then began taking on passengers, and his times decreased even further until he finally broke the 32 second mark. Here is the video they recorded of him taking me on a 32 second thrill ride :

We spent the majority of our afternoon taking turns on the autocross course, reducing our times to the point that most in the group were in between 34.5 – 36.5 seconds. Watching Scott handle the course with ease was a bit of inspiration which made us all feel like we could drive like a professional, even though it wasn’t in the least bit possible. While waiting for some adjustments to the timing equipment, I found myself with some extended time in the GS where I wasn’t attempting to drive it like I stole it. This allowed me to explore some of the new technology. 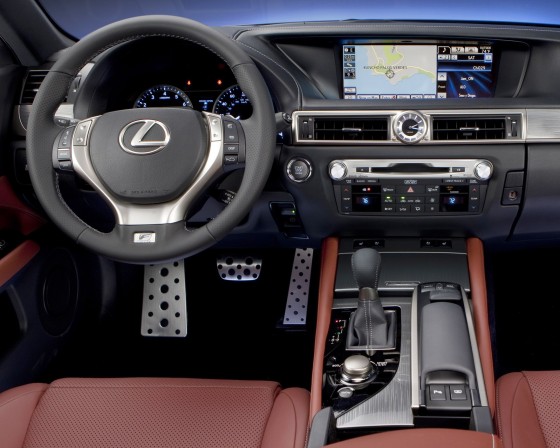 In the shot above you can see that they’ve moved the screen up higher, closer to the windshield. This allows for less distracted driving, as you don’t have to move your eyes as far off of the road to see it. As a consequence (and benefit) though, a touch screen is no longer practical. Thus they have added a trackpad like device to the right of the gear shifter. I found this comfortable and easy to use, and much preferable to the touchscreen in my wife’s old Lexus ES. While you are still limited in what you can do while driving, I found the interface much more conducive. There are also voice commands for those of us who must fiddle with our gadgets while doing 75 on the highway.

I believe most in the group found the autocross to be the most entertaining part of our time at the track. However the focus shifted when they rolled out the Lexus LFA, a $375,000 2-seat exotic sports coupe with a V10 engine and a carbon fiber-reinforced polymer body. Everything about it screamed sexy. I won’t even bother using my cell phone photo, as it clearly doesn’t do this car justice, so here is one from the PR package :

“Who wants to take a hot lap with Scott in the LFA?” Uh, everyone. So one at a time, they strapped us in, as Scott Pruett gleefully took us around the small track at speeds up to 130mph. This was obviously not your mother’s Lexus, and Scott was certainly in a hurry to go pick up the groceries. Check out the video below of Fred trying to contain his lunch :

Overall we left the track impressed with the Lexus GS 350, and pleased with the direction that Lexus is taking in general. We enjoyed our time at the track, although we could probably use some more time to truly explore all of the features that Lexus Enform has to offer while we’re not distracted by trying to lay down the fastest time possible. For some additional photos from the event, definitely check out the collection posted by our new friends at Gear Patrol, who captured everything so stunningly.