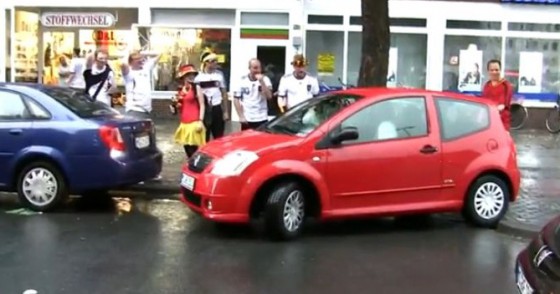 European soccer fans have developed a reputation for being a bit on the crazy side. They take the sport and their country’s national team very, very seriously. Sometimes their fandom spawns violence, which is bad (I guess), but other times it produces genuinely funny moments. Like this group of drunk Germans cheering and jeering a woman attempting to parallel park after a victory in the 2010 World Cup.

Ha-ha! To be fair, that’s a pretty tight spot even for a hatchback.