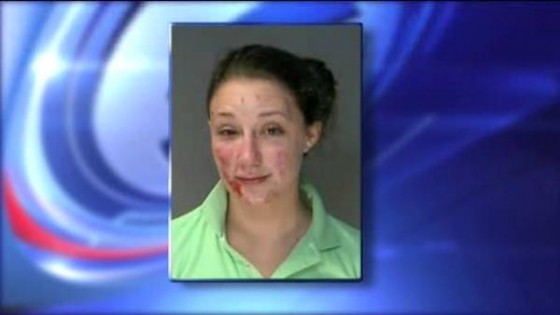 Memorial Day weekend is a time to reflect, remember and celebrate the freedoms we often take for granted. It’s also the time for drunk chicks to get lit, blow through stop signs and drive straight through houses populated by sleeping elderly women.

The car just missed the bedrooms of the two women, in their 90s, who live there.

Nobody was seriously injured, so it’s okay to laugh. The driver, Sophia Anderson, admitted to police she downed three beers before getting behind the wheel, but her slimy attorney claims she’s completely innocent. Three beers? What a lightweight.