Humor > Sites > How The Duffel Blog Fools the Internet

How The Duffel Blog Fools the Internet 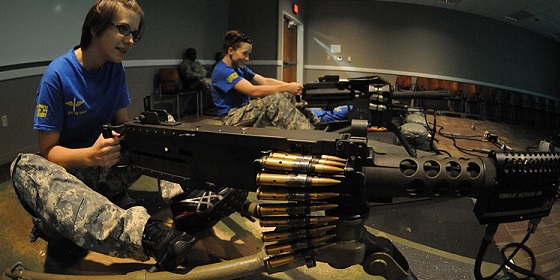 There’s a common misconception that The Duffel Blog is The Onion for the military. Actually The Onion is The Duffel Blog for crummy civilians that don’t support our troops, hate our freedom, and want to cancel Veteran’s benefits. Not just benefits from the government: The ability of veterans to benefit from anything ever.

One of The Duffel Blog’s star writers is Drew Miller, a Navy vet who has also written for sites like Cracked.com. Miller’s biggest accomplishments for Duffel Blog have been a Nov. 7, 2012 article about military absentee ballots and Nov. 12, 2013’s article about Veteran’s Day discount drinks bankrupting Applebee’s. Both articles were so widely circulated and so often believed that they received separate articles from Snopes.com.

The highest honor that can be bestowed upon satire.

Naturally Gunaxin.com was very pleased when Drew Miller graciously gave us some of his time for an interview.

What have been the most notable events in your time with the armed services?

Where do I start? First one that comes to mind is a time my ship was letting people swim off the side of the ship. I was a rescue swimmer and was acting as a lifeguard. One guy jumped into the water and started panicking. That’s dangerous because an active drowner can drown in 45 seconds. I swam up behind him with some flotation and his hand hit it. He grabbed onto it and pulled it into his chest so fast I didn’t even see him do it. I asked if he was ok, and he let out this measly “no.” I towed him back to the ship. I like to think that I saved his life. No one ever talked about it afterwards so my boss didn’t even believe that it happened.

There was also a time we called man overboard because someone saw a sea turtle. That was pretty dumb. 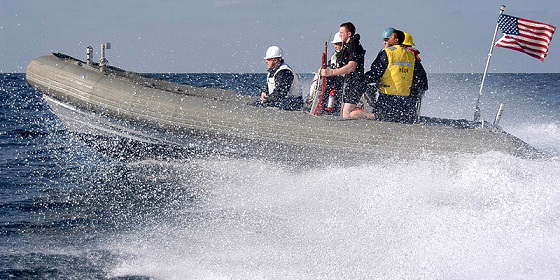 “Ensign, if this is another damn turtle…”

What got you interested in a career in comedy?

I originally wanted to be a writer because I was never the quick witted and funny guy so I didn’t think comedy was for me. I signed up to be a writer at Cracked.com to get a name for myself as an author. I realized I was decent at writing jokes so I kept writing and I got better.

I was trying to write a novel and was frustrated because it wasn’t coming out the way I wanted. I took a break and started writing some standup jokes and realized they were pretty good.

I’ve never considered comedy a career. It’s a hobby that I love doing. If it becomes a career that would be awesome but I’ll keep doing it either way.

What was your first step towards becoming a published writer?

The most important step I took was signing up for Cracked.com. There I learned a lot about developing ideas, changing your ideas based on the publication’s needs, and how to get humor out of things that aren’t intrinsically funny.

How did you start at Duffel Blog?

I clicked on a link to the site having no idea it was a military satire site, and thought it was the funniest thing I’ve ever seen. I spent an hour or so reading every article and laughing my ass off. I sent in a couple headline ideas, the editor of the site liked them, and I’ve been writing for The Duffel Blog ever since.

I understand your first viral article was at Cracked.com. What was your favorite experience in response to that article?

It was a few months from when I started pitching ideas to getting published, so seeing my work paying off was incredible. I had also been reading all sorts of horror stories about comments and hate mail, but the first message I got was “Just wanted to say that I particularly enjoyed your article on flaming camels and killer dolphins and whatnot. Keep on writing for cracked.” It was so cool to read.

Your article convinced many Republicans that military ballots for Mitt Romney had been mistaken for bullets and not counted. Had you expected so many people to fall for that one?

Not at all. I thought some people would believe it at first but then realize it was a joke when they read the article. The article was making fun of the military mail system and everyone in the military knows it’s incredibly slow and inefficient. Apparently civilians don’t.

It started making the rounds on social media early in the day, getting posted on pages like “Conservatives against Obama and his liberal adgendna (sic)” and some others. Some news sites made a big deal about it fooling Victoria Jackson. I’d think that was cool if I had any idea who she is.

Eventually it built up steam and ended up on a lot of conservative blogs. It was debunked on local TV news, it was mentioned on The Rachel Maddow Show, and ended up on Snopes.

When the news quickly broke that everyone had been duped, what did they say or do to you personally?

I didn’t get any death threats or anything like that. There were a lot of “this article is a lie!” comments and people saying I clearly had no military background, things like that.

My personal favorite was a woman claiming the article had to be true because Snopes said it was false and Snopes is full of liberal lies. I had a good laugh over that one.

When your more recent article convinced people that discount drinks for veterans had killed Applebees, what’s some of the most notable feedback you received?

Someone threatened to file a class action lawsuit for slander and defaming veterans. That was a first, I don’t think anyone’s threatened to sue before.

How does it feel to see all the outrage your jokes cause?

I love it. My favorites are the people who get outraged, find out it’s a joke, and then get even madder because they were tricked. I don’t understand that mentality. I’ve fallen for satire tons of times and when I find out I was fooled I laugh. It’s the sign of a good joke.

You also do stand up. How’d that start and how’s it going?

I went to an open mic, got on stage absolutely terrified, and told one of my jokes. Nobody laughed. I almost quit on the spot. I did some more jokes, got some chuckles, and then got a really big laugh when I wasn’t expecting one. If I hadn’t got those laughs I might not have tried again. But I kept going to shows, bombed a lot, and learned. I think the first ten shows I ever did taught me more than the last hundred I’ve done. At some point people in the local clubs started getting excited when I went on stage and hosts were asking me to come to their shows. That’s when I realized I was getting pretty good. It’s going pretty good.

What can people who are following your career look forward to next?

More Duffel Blog articles and what I hope will be an awesome standup special I’m filming.

See what Drew Miller thinks of next by following him @DrewStandup and don’t forget to check out The Duffel Blog.