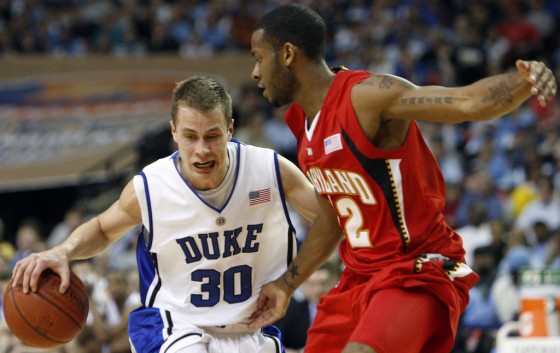 The Awkward White Jump Shooter. They are a breed not totally uncommon to the upper-echelons of the basketball world, but nevertheless rare at its highest level. Their king? Larry Bird. Their hardwood duties? Take charges, set screens, nail open three-pointers, and try not to get dunked on. They’re easy to hate on, and probably won’t be getting their own shoe contract anytime soon. In light of Duke’s defeat of Wisconsin in the National Championship Game, we’re going to honor the program that over the years has grown AWJSs like some kind of hydroponic nursery: The Duke Blue Devils. Here is a list of the eight greatest AWJSs to ever wear the blue and white (ordered by year). Coincidentally, these are all amongst the most hated Duke Blue Devils of all-time too. 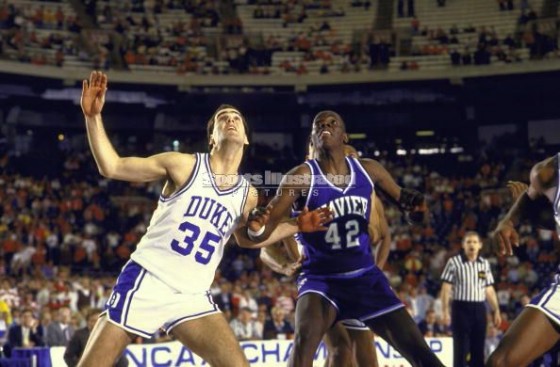 As far as Duke AWJSs go, this guy is the original gangsta. Ferry led the Dukies to three final fours was named an AP All-American his senior year. He still holds Duke’s all-time single-game scoring record, with 58 points. Pop-quiz, hot shot: there’s a dude wearing nut-hugging shorts on your screen right now. You know it’ll cost you, but the urge to punch your monitor is powerful. What do you do? Danny is now the General Manager of the Atlanta Hawks.

Probably the most reviled and accomplished of the Duke AWJSs, Laettner holds NCAA tournament records for most games played and most points scored. He’s also the only college player to ever start in four final fours and he even took Shaq’s spot on the 1992 Dream Team. It was the early 90’s…mistakes were made by all.

Four year letterman and second-team All-ACC his senior year who served for awhile as assistant coach for the Blue Devils. Played professionally in Finland for two years after graduating because… I guess the leagues in mainland Europe were too cutthroat. Chris is currently Head Coach at Northwestern.

Two time All-ACC guard and national defensive player of the year in 1998 primarily remembered for slapping the floor and giving coach K prolonged man-hugs. Played a year professionally in Poland after graduation and then served with Collins as one of the other assistant coaches. Steve is currently Head Coach at Marquette.

Easily the most awkward-looking of the AWJSs, and arguably the most successful. Scored 21 points in the 2001 national title game against Arizona before getting drafted 3rd (!) overall a year later. Averaged a career-high 19.1 PPG during the 2007-08 season while starting for the Indiana Pacers. Mike is currently a member of the Chicago Bulls. 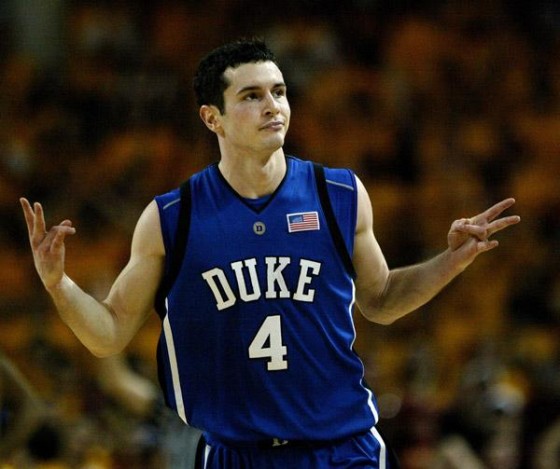 Rivaled only by Laettner in terms of his easiness to hate, Redick’s cell number was once stolen by rival Maryland & North Carolina fans, prompting him to receive between 50-75 hate call a day. Held the all-time ACC scoring mark for exactly three years before being surpassed by Tyler Hansbrough. Drafted 11th overall by the Orlando Magic, he’s currently playing with the Clippers.

Named Gatorade Male Athlete of the Year as a senior in high school, received scholarship offers from big-name schools for both football and basketball. Chose basketball. If this is any indication, it was probably the wrong choice. Played quarterback for Syracuse during the 2009 season, figuring the chances Danny Green would find him and posterize him were minimal, at best. Greg is currently an Assistant Coach at Ohio State. 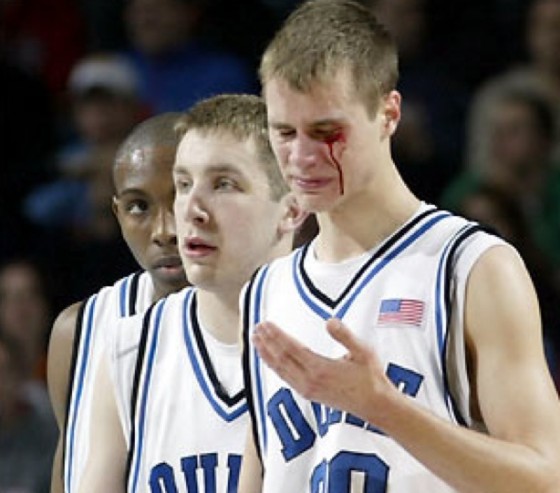 Just because he didn’t have an NBA career doesn’t mean he didn’t fit the mold. He’s so white and awkward, that he is now an Assistant Coach for Duke. Stop us if you’ve heard that story before.