Dust Off Those Rabbit Ears 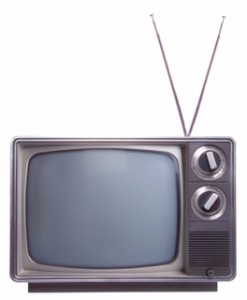 You probably already know that the over-the-air (OTA) digital switch is coming tomorrow, and already has for many stations, Fox and CW in the Baltimore area for instance (most stations currently offer digital, but Fox and CW are the only two that no longer offer analog). You probably also know that if you’re using cable or satellite it’s most likely not going to affect you. What you might be surprised to find out is that digital OTA TV is actually higher quality than cable and satellite TV. Satellite, and many cable providers compress the signals they get from their local stations. It allows them to offer more stations by shrinking the signal, but it also means that the stations are much lower quality. That’s part of the reason why some HD stations still look grainy. So, it might be time to think about dusting off those rabbit ears.

After looking at my viewing habits, I’ve come to realize that I typically watch the major networks, and a few shows on cable networks like TBS and USA. Financially, it makes more sense to use an antenna for network TV and get a NetFlix subscription to rent shows that are on cable channels. With today’s economic crisis I would imagine this route would make sense for a lot of people.

Well, I didn’t actually go with rabbit ears when I decided to try out Digital OTA TV. First I tried building my own antenna from the instructions here, it worked pretty well but there were artifacts (I guess I’m too far from the towers for an indoor antenna), so I decided to pick up a rooftop antenna and it’s been crystal clear ever since. If you’re thinking about it, go to AntennaWeb, type in your address and they’ll tell you where your local stations are located and what type of antenna you’ll need.

If you’re worried about losing your channel guide or DVR from your cable or satellite box, don’t get too bent out of shape there are some options for this. Some HDTV’s will use the listings provided by the channels to offer a channel guide, but those listings aren’t always accurate and they don’t go very far into the future. Another option is to get a third party DVR, I use MythTV with an HDHomeRun to capture the signal. You could also use an HD TiVo or even Windows Media Center with a digital capture card such as the HDHomeRun mentioned above.

In the end I’d suggest dusting off those rabbit ears hooking them up to your HDTV and seeing what you can pick up.