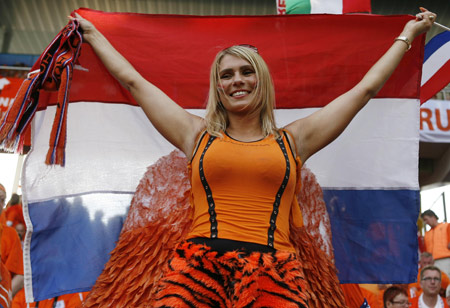 The Dutch team has defeated the heavily favored Dominican Republic team twice in one week, and now will advance in the World Baseball Classic. My Dad moved to America from Holland when he was 10, so I consider the Dutch my brothers. In order to help my fellow countrymen celebrate I have prepared a gallery of their rabid fans. The Netherlands is known for having some of the best fans in all of sport. Most of these photos come from Football (Soccer) matches, however the Dutch represent at every event that they are competitive in, including skiing, speed skating, cycling, swimming, and now Baseball.