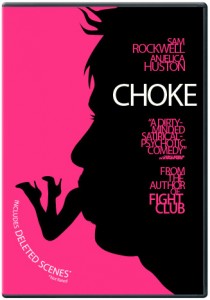 There are quite a few good DVDs coming out this week. Of course, the highest selling of them will probably be High School Musical 3: Senior Year, those teenagers seem to get whatever they want. John Gulager’s latest Feast III: The Happy Finish is also coming out this week. John Gulager won the opportunity to be the director in Project Greenlight season 3 back in 2005, where he directed Feast. Feast is quirky little horror comedy written by Marcus Dunstan, and Patrick Melton, they teamed back up to release 2008’s Feast II: Sloppy Seconds, the comedy wasn’t quite there, but the gore definitely was. Let’s see if Feast III lives up to the first.

Clint Eastwood’s Changeling, stars Angelena Jolie in a thrilling true story. Jolie plays a Woman whose son is kidnapped, but when the overzealous Los Angeles Police Department returns the wrong boy, her life is turned upside down and her sanity is questioned. Bill Maher’s Religulous is also coming out this week. Religulous takes a look at religions as Bill travels the world asking people about their beliefs, and mocking them of course. Also released this week was Body of Lies. Body of Lies follows Leonardo Dicaprio and Russell Crow as two CIA Agents hunting down the mastermind behind a series of terrorist attacks.

One of the Best shows on Showtime was Brian Fuller’s Dead Like Me, which followed an 18 year old girl who becomes a grim reaper after getting killed by a toilet seat that fell from the international space station. The show’s first season was great, if not as great as Fuller’s earlier show Wonderfalls, and the second season was pretty good (Fuller was forced out over creative differences), and it never reached a third. This week sees the release of Dead Like Me: Life After Death in an attempt to revive the series. The movie has the same humor and wit as the series, but without Brian Fuller and Mandy Patankin, and with a replacement Daisy can it really bring back the show?

And this week’s DVD Pick of the Week is Choke. Choke was written by Chuck Palahniuk, the guy who wrote Fight Club, and stars Sam Rockwell. Rockwell plays Victor Mancini a sex addict who has to take care of his nursing home bound mother, who thinks he’s her lawyer rather than her son. In order to pay for the home, he works at a cheesy colonial theme park, and he pretends to choke at expensive restaurants and milks money from the people who “save” his life. Meanwhile, his mother’s doctor believes she can save his mother with an experimental stem cell treatment if Victor will impregnate her (the doctor not his mom), and he also begins to uncover a secret surrounding his birth. You know, classic Chuch Palahniuk.