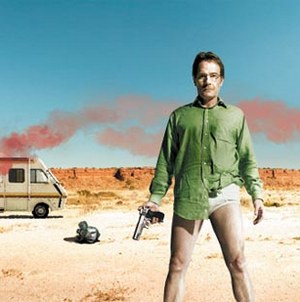 Don’t miss this week’s selection of great new DVDs. Not the least of which is the Hong Kong Award winning movie Protégé. Not only does Protégé star some of Hong Kong’s hottest action stars, such as Andy Lau and Daniel Wu, but on Friday February 24th Gunaxin is giving away 2 copies of the film. Click here to find out how.

Next up we’ve got Sex Drive, the latest in a long line of crude, raunchy teens looking for sex comedies. It’s got Amish mechanics, Internet girlfriends, and a giant pepper spray proof donut, how could you go wrong. According to IMDB:

Eighteen-year-old Ian Lafferty sets out on a cross country drive with his best friends Lance and Felicia in order to lose his virginity to a red-hot babe he met on the Internet. But the journey, filled with hilarious misadventures and raunchy escapades, teaches all three more than they expected about life and love. Randy, raucous and unexpectedly romantic, Sex Drive follows three friends on the road trip of a lifetime!

There’s one terrible thing about this week in DVD history. This is the week that the last of the four straight to DVD Futurama movies is being released, it’s bad because there’s no more Futurama movies after this, but it’s great because we finally get to see that last Futurama DVD movie! The movie I’ve been talking up for the last two (possibly run-on) sentences is, of course, Futurama: Into the Wild Green Yonder. The film starts off on Mars where Amy Wong’s father is planning to destroy Mars Vegas to make way for a new and better Mars Vegas.  Meanwhile, Fry discovers that he can read minds and he is recruited into a secret organization where he discovers that he is the key to saving the universe. This might be the farewell to Futurama, but I hope David X. Cohen can pull some magic out of his hat and keep the franchise going.

And this weeks DVD Pick of the Week is Breaking Bad – The Complete First Season. Breaking Bad stars Bryan Cranston the father from Malcolm in the Middle, who plays Walter White, a struggling high school chemistry teacher. White has a handicapped son, a pregnant wife, and has just learned he has terminal cancer. In his compromised state he runs into a former student who is now a drug dealer, which gives him the idea to make meth to earn money for his family. Walter soon finds out about the treacherous nature in the world of drug dealing. If you haven’t seen this show yet pick up the first season soon. Season 2 premiers on March 8th at 10 PM on AMC.