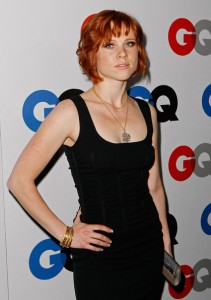 There are several good DVDs coming out this week. Milk follows Harvey Milk, the first openly gay man elected to public office in California. In this tragic tale Milk attempts to juggle his personal life and his turmoil ridden political career, while the world isn’t ready to accept him. If you’re looking for a bit more action Batman: The Motion Picture Anthology 1989-1997 (Batman / Batman Returns / Batman Forever / Batman & Robin) is also coming out this week. The first two films in this anthology are great, and they really ushered in the era of the modern superhero movie, unfortunately the later two ended up being special effects laden marketing machines filled with cheesy one liners, and way too many villains. For even more action, we have Transporter 3 and it’s filled with car chases, speeding trains, and hot women(right). According to Amazon:

Trying to get out but regretfully pulled back in, uber-driver Frank Martin (Jason Statham), in his third misadventure in the Transporter series, eschews retirement to hit the road again–but under unique duress. Frank’s services as a wheel man are wanted by a pathological villain, Johnson (Robert Knepper), who pressures him to drive Valentina (Natalya Rudakova), the party-girl daughter of a Ukrainian official (Jeroen Krabbé), across Eastern Europe as part of an environmentally-unfriendly blackmail scheme. The story’s gimmick is that Johnson outfits Frank and Valentina with wrist bracelet bombs that will go off if either of them gets more than 75 feet away from the car.

Also available this week, Howard the Duck is considered by some to be one of the worst movies of the 80’s, but considered by many to be a classic. It follows the life of a Duck named Howard living on a world were Ducks have evolved into the dominant species, when he’s sucked through a wormhole and ends up on Earth. He meets Lea Thomson and becomes the manager of her cheesy 80’s band, and then has to save the earth from a force of invading Future Dark Overlords.

The DVD Pick of the Week is South Park: The Complete Twelfth Season and if you’re a South Park fan we’re HIV positive that you’ll love this DVD set. I’ve gotta ask, is it bad that I remember back to my Freshman year of college when my friends and I were excited that they were making a TV show out of that cool Spirit of Christmas cartoon? That cartoon, of course, turned into South Park and not only is the 12th season coming out on DVD this week but season 13 premiers on Wednesday March 10th.

Below is the Jesus vs. Santa: The Spirit of Chrismas mentioned above.

Warning: There is quite a lot of cussing in this short. It is NSFW!