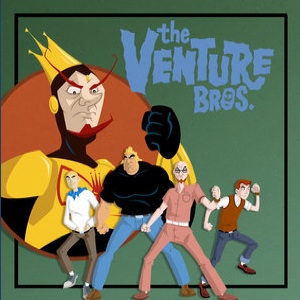 Last week was a terrible week for DVDs, unless you were planning to pick up Twilight, so bad that I didn’t even write a DVD pick article last week. Don’t worry there are some good DVDs coming out this week, and no I’m not talking about Bolt or Follow That Bird.

First up this week we have The Riches: Season 2.If you haven’t been watching Eddie Izzard’s latest show The Riches on FX, you should think about checking it out. It follows a family of gypsies who, after an altercation with their clan, witness a fatal car accident. It turns out the dead couple were in the process of moving, so the gypsies move into their new house, and attempt to lead a normal “buffer” life.

I wasn’t sure what DVD to pick this week, but after careful consideration I decided against Quantum of Solace. It is a direct sequel to Casino Royale, the filmmakers wanted to take advantage of Bond’s emotions after the death of Vesper. Don’t worry it wasn’t too long before he runs into Olga Kurylenko, and don’t worry we do have a gallery of her.

This week’s DVD Pick of the Week is The Venture Bros.: Season Three. The Venture Brothers follows Hank and Dean Venture, two dopey teenagers, their failing Superscientist Father (Dr. Thaddeus “Rusty” Venture) and their extremely violent government issued bodyguard (Brock Samson). In season 3 we find out about Dr. Girlfriend’s secret, Dr Venture thinks he might have to sell the compound, and Brock loses his license to kill and goes up against the OSI. The quirky sense of humor, the rediculous situations, and crazy venture kids all got kicked up a notch in the latest season.