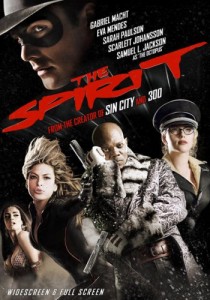 There are a few interesting DVDs being released this week. Who am I kidding there’s one good DVD coming out this week, unless you’re a big fan of 80’s sitcoms in which case Wings: The Final Season should be right up your alley! Since there’s not too much coming out this week and I missed the last 2 weeks, I was getting married and then out of the country (check out my bachelor party articles if you missed them, here and here), I’m going to throw a few DVDs in from last couple weeks.

On March 31st, there were some nice DVDs released. Specifically, the Academy Awards Best Picture this year, Slumdog Millionaire, and since everyone’s been talking about it lately I’m not going to go into that one. Also released 2 weeks ago was Jim Gaffigan’s latest comedy Special King Baby, and I’ll let the following clip speak for itself.

April 7th also had a few good DVD releases, such as Day the Earth Stood Still. Ok, so it only has a 21% on Rotten Tomatoes, and I have it on good authority that Keanu Reeves did not say “Whoa”, but dispite all this there are aliens and lasers so it can’t be all bad! Also, released last week was the 3-Disk Collector’s Edition of last year’s Best Picture winner No Country for Old Men. I have to be a little excited about a 3-disk collectors edition of a Coen Brothers movie (even without a commentary track). Just a few years ago they were very against adding a lot of extras to their DVDs. In fact they went so far as to release Blood Simple with a fake commentary track, which was frustrating when I realized the track was fake, though it was funny listening to the commentator explain the reasons for filming a driving scene upside down, and the difficulties that that caused while trying to hold the actors hair and clothes in place to make it look natural.

And now, back to the present, this week’s DVD Pick of the Week is The Spirit. The Spirit is based on the crime fighting charactor created in the 1940s by Will Eisner. The movie follows Denny Colt as he comes back from the grave to take down his nemesis, The Octopus. According to IMDB:

Down these mean streets a man must come. A hero born, murdered, and born again. When a Rookie cop named Denny Colt returns from the beyond as The Spirit, a hero whose mission is to fight against the bad forces from the shadows of Central City. The Octopus who kills anyone unfortunate enough to see his face has other plans. He’s going to wipe out the entire city. The Spirit tracks this cold hearted killer from the city’s rundown warehouses, to the damp catacombs, to the windswept waterfront all the while facing a bevy of beautiful women who either want to seduce, love or kill the masked crusader.