Dylan Dog: Dead of Night on Blu-ray and DVD 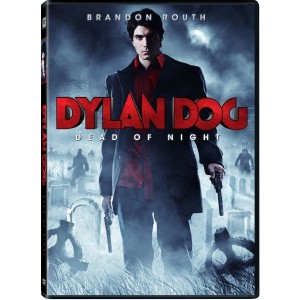 On July 26th you can get Dylan Dog: Dead of Night on Blu-ray or DVD. The movie is an adaptation of the comic book Dylan Dog that intertwines paranormal crimes with sporadic comedic moments. The plot focuses on a detective from New Orleans, Dylan Dog, who tracks down anything that goes bump in the night from vampires to the guardians of Hell. Dylan Dog is played by Brandon Routh (Superman Returns).

The film is made by the same producers of Terminator Salvation and Cowboys & Aliens. We spoke with director Kevin Munroe on the Gunaxin show and asked him the Gunaxin 6Q! Kevin said he wanted to combine horror with comedy, being a fan of genre mixing. With Dylan Dog, he hoped to introduce audiences to a whole new genre of dark fantasy filmmaking that blends crime-fighting, humor and supernatural horror.

The cast also includes Taye Diggs (Private Practice), Peter Stormare (Minority Report), Sam Huntington (Being Human) and Kurt Angle (Death From Above). If you’re a fan of Shaun of the Dead and Zombieland, then make sure you check out Dylan Dog: Dead of Night.You can win a copy by following us on Twitter or purchase the film at the Fox DVD shop. Check out the trailer below.

Plus, take the “Are you a vampire or a zombie?” quiz. Go to the Dylan Dog: Dead of Night Facebook page to find out what creature of the night you are.