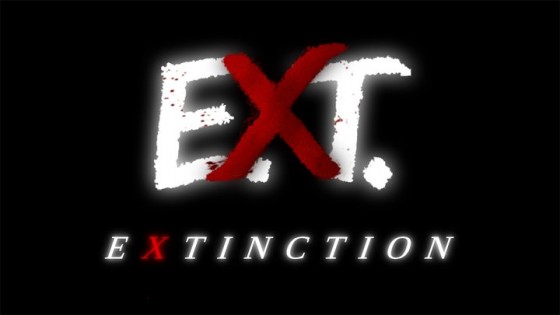 I’ve been known to go on a rant from time to time about the train wreck that the Hollywood filmmaking scene is right now. Remakes, reboots, reimaginings. It’s all the same crap coming out every year…

Is a movie older than 15 years? Great! Do a remake.

Is a movie not older than 15 years? No problem! Do a Reboot.

It’s the same recycled garbage over and over again. And if it isn’t that, it’s an adaptation of a book about twelve people in the entire world have read or an update of an ’80s television show.

Unfortunately, this isn’t going to change. At least not any time soon. But something that is remarkable these days is the video editing software that is available to the average Joe. Programs can help someone splice several films together and add their own special effects and soundtracks. It’s quite amazing.

So, with this power at some of the biggest fanboys still living in their mom’s basements fingertips, something remarkable is happening: The art of the fan made trailer.

When the fan made Thundercats trailer came out a couple years ago, you knew instantly it was fake, but it still made you imagine. It hit you with a, “You know, that wouldn’t be as bad as I thought it would have been.” It was probably the best effort I had seen put into any fan made effort ever. Until this past week that is. 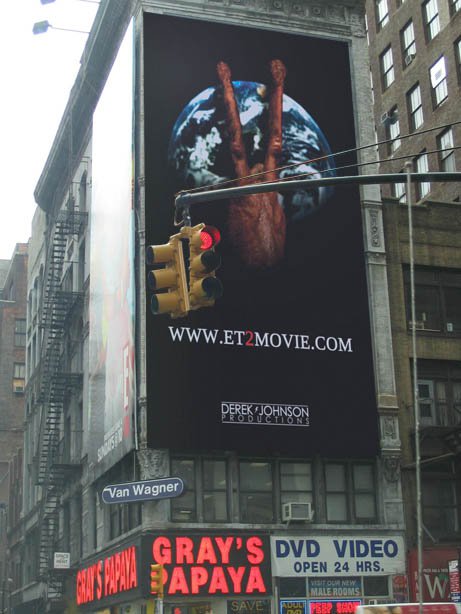 I was a big Spielberg fan growing up. Who wasn’t? This was before he became soft as a filmmaker (i.e. changing guns to walkie talkies? Really?) and he was pumping out classics like Jaws, Close Encounters of The Third Kind, Raiders of the Lost Ark, Jurassic Park and, of course, E.T.. Before the hot mess that were flicks like War of The Worlds and Kingdom of The Crystal Skull. But let me get back to E.T. for a second.

This was undoubtedly my favorite film growing up. I was only four years old when it came out and it’s still quite remarkable today (excluding those absurd changes on the 20th Anniversary cut that I previously mentioned). It’s one of the most financially successful films ever, topping out at around $793 million earned. But one thing that always eluded people was why Spielberg never made a sequel. Well, the truth is he had a treatment in place for a sequel that was going to be pitched to Universal Studios sometime in 1983 called E.T. II: Nocturnal Fears.

Nocturnal Fears’ premise would be about a separate group of aliens from E.T.’s home world that follow the transmitter that he and Elliott created out of the Speak & Spell and arrive on Earth. Catch is, they aren’t so friendly and they kidnap Elliott and his friends and torture them while trying to find out where E.T. and his race are hiding. All the while, trying to find a way to communicate with E.T. to come and rescue them. As you can see it was planned to be much darker than the original. In the end, Spielberg decided not to do it saying he thought the film would “ruin the virginity of the original.”

Where Spielberg is at in his life right now, he would never even consider making anything like this. In fact, if I was told a week ago that a sequel to the original was being made after almost thirty years (Yikes! Has it really been that long?) I might have lost my mind. But then something crazy happened. My brother sent me a YouTube video of a fan made trailer for a sequel to the classic. At first, I wasn’t even going to watch because let’s be honest… there are some BAD fan made trailers out there that just blatantly take clips from other movies and dub over dialogue or music from the original film. Pretty weak. But I said what the hell and gave it a go. And I’ll be damned if it wasn’t so great that it made me wish it was real.

The creator, Robert Blankenheim, took clips from numerous other films that have some of the original actors as they look today. There are even new scenes that he shot himself, new CGI and… well, just watch it. You won’t be disappointed.

The coolest thing about it is that it has no problems poking fun at itself numerous times, including saying “This time, it won’t be so easy to phone home… because it’s off the hook!” Classic. It’s also obvious that the concept behind it is an homage to the uncompleted idea behind Nocturnal Fears. It’s not a family film and the aliens are here to exterminate the human race.

So, without further ado, the best fan made trailer I’ve ever seen. A fan trailer so good, even Steven Spielberg would be interested in seeing the movie. Enjoy.