Media > Television > Eastbound & Down Will Return for a Fourth Season

Eastbound & Down Will Return for a Fourth Season 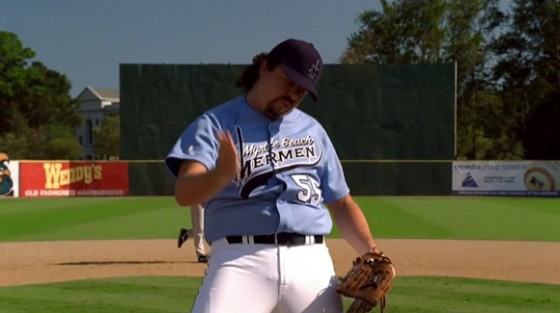 Remember when Eastbound & Down was supposed to end after the Season 3 finale in April? Well, forget all that nonsense. Kenny Powers will be back for Season 4 after HBO renewed the cultish comedy for eight more episodes. YEAH! I guess.

The pick-up comes as something as a surprise, as it was widely believed that last year’s third season would be its last, with co-creator Jody Hill admitting, “we always pictured the show as lasting three seasons. It’s a kind of trilogy … We think it’s going to be the last one, but never say never.”

So, I imagine Kenny will ditch April and the kid to get one “last” shot at baseball fame and misfortune. Don’t get me wrong, I love the show. However, the writers did an excellent job ending the series, what with the whole faked death angle. Then again, more Kenny Powers can’t be a bad thing.