This post brought to you by Echo Automotive. All opinions are 100% mine. 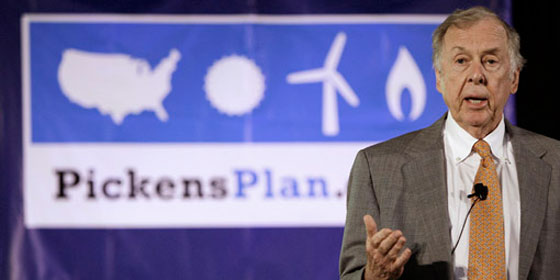 T. Boone Pickens has been profiting off fossil fuels his entire life, and even he feels we’re on the wrong path. Since 2008, Pickens has been advocating for The Picken Plan, which calls for investing in wind turbine farms, and shifting natural gas to fuel the nation’s fleet of long haul trucks. In his Ted Talk, he explained that this would be an intermediate plan, but switching all big rigs to natural gas could make a huge impact on the energy problem. 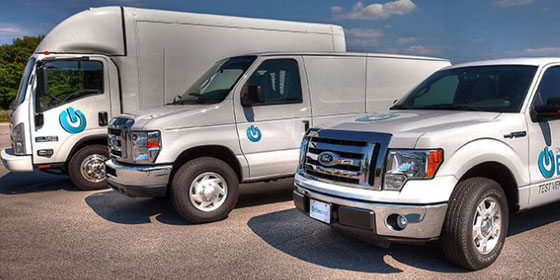 What about the millions of other corporate and municipal vehicles on the road today? Eventually those vehicles will be phased out and replaced by more fuel efficient variations, but in the mean time there is another solution. Similar to the Pickens Plan, the folks at EchoDrive have come up with a bridge solution to modify existing vehicles to make them more fuel efficient and lessen their impact on the environment now.

EchoDrive, is a revolutionary patent-pending cost-reduction solution for converting fleet vehicles into highly fuel-efficient plug-in hybrids. EchoDrive can be easily bolted onto new and existing vehicles cost-effectively, for the purpose of substantially reducing a vehicle’s fuel consumption. For the first time, fleet operators have an option that allows them to significantly reduce their fuel expenses with a solution that makes both short term as well as long term economic sense.

Their video does a nice job explaining the benefits :

This combination of fuel and electric is what has become so popular on hybrids like the Prius, and now it’s available on nearly any vehicle. That’s a game changer, and when you pair it with renewable energy like wind power as mentioned in the Picken’s Plan, it can have a large impact on the energy problem. We’re particularly fond of the short payback timeframe, just 24 months. Here’s a longer look at how it works : 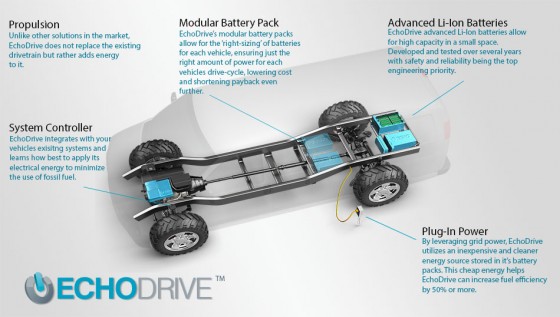 Brought to you by the Chuck Hughes Microcap Report