By Scott Tunstall on September 7th, 2011 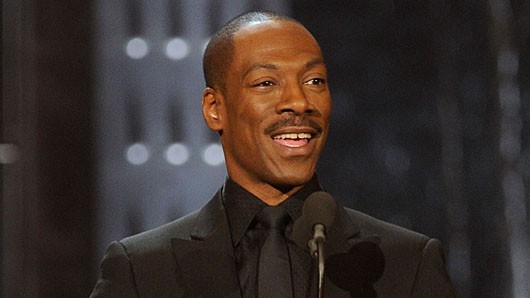 It’s official: Eddie Murphy will host the 84th annual Academy Awards, which ABC will broadcast live from the Kodak Theatre in Hollywood on Feb. 26.

Brett Ratner and Don Mischer, who are producing the annual awards show, presented their choice on Tuesday to officials at the Academy of Motion Picture Arts & Sciences, who signed off on Murphy hosting.

Is Eddie Murphy still funny? I’m not trying to be a smartass. I really have no idea. The last thing I saw him in was Dr. Doolittle 2 and I walked out after twenty minutes. Since then he’s done voicework for the Shrek movies and made swill like The Adventures of Pluto Nash, Daddy Day Care, Dreamgirls and Norbit. Not exactly a murderer’s row of comedy classics.

Nevertheless, the guy is a veteran Hollywood star who at one time was the world’s best stand-up. As long as they don’t disconnect his attack button he should be alright. Ah, who am I kidding? It’ll be another song and dance snoozefest rife with haphazard political tangents and milquetoast humor. Just the way Hollywood likes it.