J. Edgar Has a Trailer 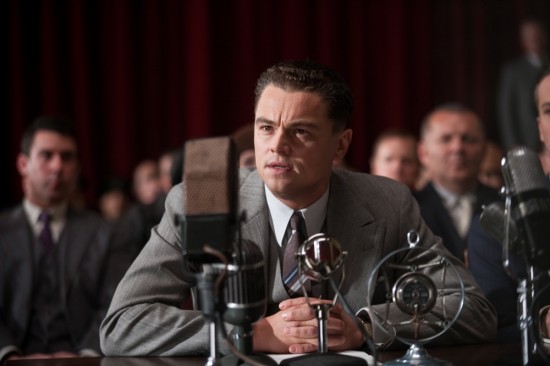 ‘Tis the season for Oscar bait movies to release trailers. One of the more anticipated is J. Edgar, directed by Clint Eastwood and starring Leonardo DiCaprio as the titular FBI chief who rose to power in the 1930s. It’s got that ‘hey, look at me trying to get noticed by the Academy’ feel to it, including Leo caked in impressive old man makeup, Leo speaking in authoritative tones, and Leo angrily hurling a glass into a wall. Oh, lest I forget, Dame Judi Dench is also in the hizzy, which instantly increases its chances of winning Oscar gold by 845% (approximately). Strap in for two and a half minutes of biopic goodness.