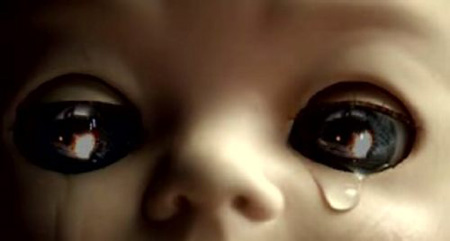 Everyone knows how terrible video came commercials from the 80s and 90s were. Thanks to the Internet, all those hilariously ill-conceived attempts at marketing have been made famous, allowing us to look back and laugh at a bygone era. Now that video games have matured as an industry most companies have adjusted their ads appropriately, and the majority of modern game commercials are either normal or actually pretty cool. Luckily, that makes the ones that still suck stand out and become even funnier.

This ad is unique in that it makes the game look far less fun than it actually is. Super Mario Sunshine is pretty great, but you wouldn’t know it based on this commercial that highlights the thrills of not being wasteful and picking up oozing bags of shit at the local park. No amount of whimsical skipping and impromptu musical numbers can make that experience enjoyable.

Play System Flaw if you Want to Look Retarded

You probably haven’t heard of System Flaw, because it’s a pretty obscure game for the Nintendo DSi. Basically, the game is played by using the DSi’s camera: you point it at, say, your living room, and on the console it will look like there’s a bunch of nasty aliens chilling on your couch that you need to go all Will Smith on. It’s a neat concept, but the game’s commercial makes it look as if anyone who plays it will turn into a lunatic.

The company that made System Flaw is pretty small, so it would be unfair to expect a marketing masterpiece. But no matter how tiny your budget is there’s no excuse for dancing around like some sort of yokel who’s just be introduced to the concept of technology. One guy gets so into the game that he kicks the shit out of his patio furniture, and there’s far more fist pumping than is appropriate for such an everyday activity. All this ad has convinced us of is that System Flaw would be utterly humiliating to play in public.

There’s a whole series of World of Warcraft commercials featuring celebrities, and each one is more baffling than the last. The game already has about 12 million subscribers, is Mr. T talking about his night elf really going to bring in any more? Ozzy Osbourne’s commercial stands out from all the others though; there’s something about his shtick being used to sell the nerdiest video game out there that’s especially off-putting.

Maybe it’s how he spends half the ad screaming, or maybe it has something to do with the attempt at linking his once badass heavy metal persona with the game of choice for Mountain Dew and Cheeto addicts everywhere. Either way, it comes across as even tackier than Verne Troyer reminding us how short he is, or William Shatner talking about how he can shoot lightning from his hands. Actually, to be fair, that last one is pretty amazing.

The PlayStation 2, Brought to you by David Lynch

We here at Gunaxin like David Lynch as much as the next completely insane guy, but his isn’t the first name that springs to mind when we think of video games. Apparently he agrees, because the ad he created for the PlayStation 2 has absolutely nothing to do with games. Actually, as far as we can tell it has nothing to do with anything.

Lynch has a reputation for making bizarre films, and this commercial seems to exploit that by stringing a bunch of incoherent crap together and slapping his name on it so people will consider it symbolic instead of moronic. It supposedly took 18 months of ad agency research to plan this commercial out, although we have no idea what sort of research arrives at the conclusion of “people will buy video game consoles if ducks in suits talk nonsense at them.” More likely is the claim that Lynch never did more than two takes per shot. We’re not sure if that’s means shot as in scene or shot as in vodka, but it’s believable either way.

The PlayStation 3 is Pure Nightmare Fuel

OK, but Sony learned their lesson, right? When they kicked off their multi-million dollar ad campaign for the PlayStation 3 it was direct and to the point, right? Well, take a look and judge for yourselves.

“Ah! Holy shit! What the hell was that?” is the average reaction to a first time viewing, which is definitely not the response you want people to have when they see your gaming console. There was a whole series of these baffling ads, and we have absolutely no idea what message they were trying to communicate. Our only guess is that Sony wanted to terrify people so much that they’d never be able to sleep again, thus giving them ample time to enjoy their brand new, levitating PlayStation 3s, at least until the demon babies it apparently spawns murdered the console’s owners.

Sony did eventually get the whole “don’t baffle and/or horrify your customers” concept down, and their current commercials are normal and even amusing at times. But it will take a hell of a lot more than that to atone for the awful infant noises that still haunt our sleep.

Buy a Game Boy Micro and Mice Will Fuck It

The Game Boy Micro was a slimmed down version of Nintendo’s popular Game Boy Advance console. Trying to sell a new edition of a product that the majority of your target audience already owns is tough, so Nintendo pulled out the old “hot animal on technology action” card to get people’s attention. It’s a marketing tactic that dates back to when a polar bear boned a vending machine in an ad for New Coke.

We can almost kind of imagine how this one came together:

“The Game Boy Micro is small, we need to draw attention to that.”

“Hmm… how about we put it up next to other small things, like uh… a mouse! Mice are cute!”

“Yeah, that’s great! And then the mouse will make sweet, sweet love to the Game Boy!”

Honestly, we have no idea what this ad was trying to say. Consumers apparently didn’t either, because the Micro sold poorly. OK, so there were many reasons for that, but the fact that any kid who wanted one had to explain to his mom that the toy on his wish list was something rodents loved to befoul probably didn’t help much.

OK, seriously Nintendo, get your shit together. You’re worth billions of dollars, surely you can afford to let the cost of your commercials get up into the double digits? This series of ads is for Mario Kart, a beloved franchise. It can’t be hard to make an ad for something so well known, can it?

Unfortunately, the loud “yeehaw!” and obnoxious banjo music in the opening seconds say otherwise. It only goes downhill from there, as we’re treated to an accent so ridiculous that it would sound over the top on Hee Haw.

While we’d love to write this off as a hilarious misinterpretation of American culture by some Japanese ad agency, we’re afraid those wacky times are long behind us. No, somebody actually thought they could sell a racing game by combining the absurdity of the fakest Southern guy ever with all the sleaze of a used car salesman. Even worse are the people lazily thrown in front of the footage who, like our friends from System Flaw, are determined to pretend they’re playing a video game despite having no idea what the activity actually looks like. At the rate Nintendo’s been going we’re going to be too embarrassed to buy a single one of their products.

Cole Hamels Calls you a Pussy

Advertising Modern Warfare 2, which enjoyed one of the most successful launches in entertainment history, should have been a pretty straightforward endeavor. The main ad campaign was simple enough; a few gameplay clips were set to non-ironic rap music, and bam, ten million copies were sold. But as part of the wider marketing effort someone decided to get clever, and the resulting viral video was cringe worthy.

Get it? The acronym at the end spells “fags!” Isn’t that hilarious? It’s just like what you’ll be called every five seconds when you play this game online! Shockingly, there was some negative reaction to the use of a word that’s usually associated with annoying 12-year-olds on Xbox Live, and an apology was quickly issued.

Now, regardless of what you think of their word choice you have to wonder about the thought process of whoever approved this video. The goal of advertising is to make your products look awesome, not to make your company look insensitive and homophobic. Although, considering how popular the Modern Warfare franchise is, Cole Hamels could have slung racial slurs at us for a couple of minutes and the game still would have sold millions. So really, we’re not sure if there’s a lesson to be learned here.

On the plus side, the controversy spawned a great parody ad for Bad Company 2 where CC Sabathia flat out murders a dude. And he does it without resorting to homophobia. Way to go, CC!