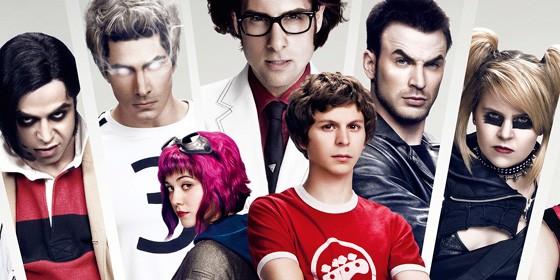 Scott Pilgrim vs. the World had a domestic gross of $31.5 million.

With movie theaters closed due to COVID-19, many people are turning to streaming services to get their movie fix. However if you’re an avid moviegoer, you’ve probably seen all of the big blockbusters already. However the movie industry has proven to us time and again that the quality of a film has nothing to do with how much money it can make in theaters. In fact, there are many box office bombs that deserved a better fate. Some were marketed badly, others were mishandled by studio executives, and a few failed because people just weren’t interested in them. Whatever the reasons, they shouldn’t be lumped in with crap like Waterworld and Battlefield Earth, so we’re giving them the highest honor anything or anyone can receive: a spot on an Internet list. For your streaming pleasure… 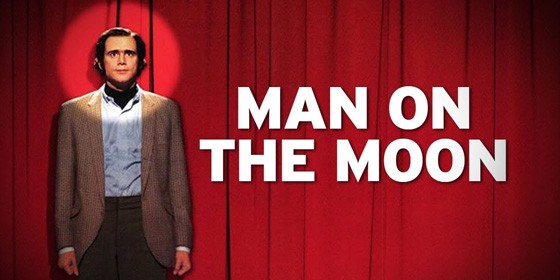 Jim Carey has been attempting to establish himself as a serious actor for a while now, but the quality of his efforts has been erratic (Eternal Sunshine of the Spotless Mind may have been great, but it didn’t make amends for anyone who suffered through The Majestic). However, he was absolutely dead on in his portrayal of Andy Kaufman in Man on the Moon, a biopic of Kaufman’s life. Carey won a Golden Globe for his role, and the movie is entertaining even if you’re not a fan of Kaufman’s work. 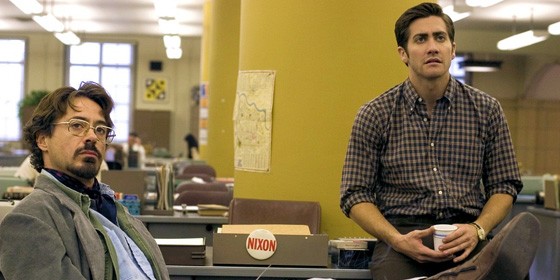 Zodiac tells the story of the investigation into the Zodiac Killer, arguably the most famous unsolved criminal case in American history. Of course, you know going in that there’s not going to be a lot of resolution, although it would have been one hell of a movie if they offered up the real solution to the crime at the end. What director David Fincher did instead was focus on developing great characters and recreating the mood of the early ’70s, and as a result Zodiac manages to be thrilling despite the fact you already know what’s going to happen.

Unfortunately, the marketing wasn’t handled very well, which helps explain Zodiac’s poor box office results. The film is long and dialogue heavy, but it was advertised as more of a slasher flick, which turned a lot of people off and disappointed those who actually did see it. So despite being well-received critically it only made $33 million of its $65 million dollar budget back in the United States, although it did turn a profit internationally. 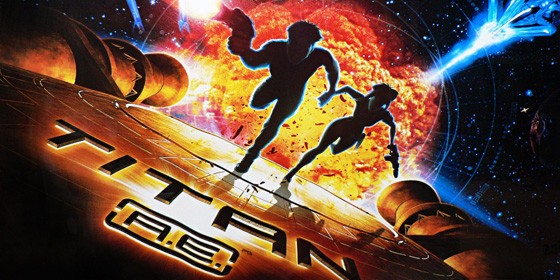 Titan A.E. is an animated science fiction movie about Earth getting blown up by evil aliens, and the few survivors being forced to wander the galaxy as interstellar hobos in search of a new home. It sounds grim, but a terrible marketing campaign made it impossible to tell whether it was intended for kids or an older audience, and the confusion, along with mixed reviews, resulted in a bomb.

It’s not a masterpiece; the plot gets clichéd at times, and there’s really nothing in it that hasn’t been done in other sci-fi films. But it’s still very entertaining thanks to gorgeous animation and plenty of fun action scenes. It deserved a better financial fate than barely making back half of its $75 million dollar budget. 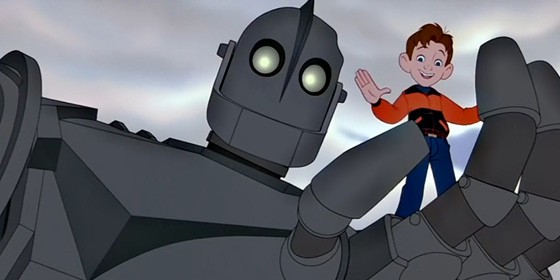 Another animated sci-fi film (apparently a combination that’s anathema), The Iron Giant stars Vin Diesel in the role he was born to play: a 50-foot, metal-eating robot. Set in the late 1950s, a robot crashes out of space and into the outskirts of a fictional Maine town, where it’s discovered and befriended by a young boy. But things get ugly when the military tries to track the robot down, and the pair are forced to go on the run. It’s a lot like E.T., except E.T. didn’t get pissed off and go around kicking ass during the climax.

The Iron Giant was released to universal critical acclaim, but a half-assed marketing campaign meant it only made $23 million dollars in the United States against a budget of $70 million. It did enjoy financial success worldwide, but it remains obscure in North America. Vin Diesel, having learned a valuable lesson, hasn’t been in another good movie since. 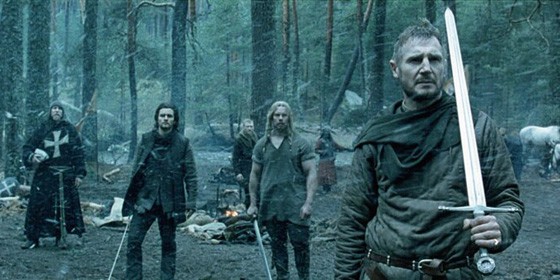 Ridley Scott’s Kingdom of Heaven isn’t just a great movie about the Crusades; it’s also a great example of studio meddling. Nearly an hour was cut from the film before it was released because the head of the studio balked at the three hour and 15 minute runtime. You actually did yourself a favor if you missed this one in theaters because the cuts made it a disjointed mess. However, you probably didn’t see it at all; terrible reviews and misleading ads (it was marketed as an action-adventure like Gladiator, but it’s really a much slower film) alienated audiences, and it only made $47 million dollars in the United States against a budget of $130 million.

The director’s cut was an international success, and that’s the version worth watching. It’s an epic in every sense of the word, from the huge battle scenes to the overarching religious conflict. Add in some beautiful cinematography and excellent acting performances and it’s easily one of Ridley Scott’s best movies. Let’s hope he’s hanging on to a three hour version of Robin Hood that isn’t a piece of shit. 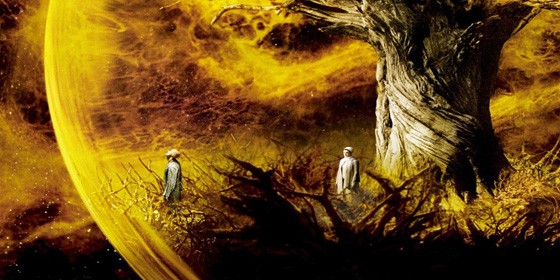 Not many people had heard of Darren Aronofsky until he released The Wrestler, which accomplished two amazing feats; not only was it one of the best films of 2008, but it also gave Mickey Rourke his credibility back, something once thought impossible. But two years before that Aronofsky directed The Fountain, which was sort of like The Wrestler except it starred Hugh Jackman as a Spanish conquistador, a modern day medical researcher and a futuristic space traveller. Okay, it wasn’t like The Wrestler at all.

It’s a weird movie with a vague, open-ended story, which may explain why it only made $16 million dollars against a budget of $35 million. Some people thought it was brilliant, while others thought it was pretentious crap. Everyone agreed on one thing though: it’s an absolutely gorgeous film, so check it out for the visuals alone and decide for yourself if the story is any good. 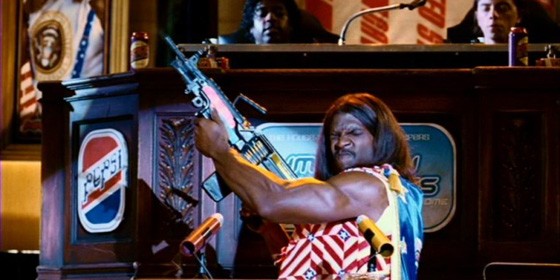 Idiocracy is a movie by Mike Judge, who is most famous for creating Beavis and Butt-Head, King of the Hill and Office Space. It’s about two average people who take part in a hibernation experiment that backfires, leaving them asleep for 500 years. When they wake up, they discover the world has become a dystopia where everyone has regressed intellectually, making them the smartest people in the world. It’s a hilarious satire of commercialism and anti-intellectualism, which makes its complete financial failure somewhat appropriate.

You would think that having a well-known creator would be a reason to market the film heavily, but Idiocracy received absolutely no support from its distributor. No trailers, no ads, no posters — they pretty much refused to acknowledge the film’s existence and only begrudgingly released it to fulfill contractual obligations. It brought in a mere half million dollars against a budget of four million because of a very limited release (it played in only 125 theaters), but it’s well worth streaming if you’re looking for a laugh. It’s amazingly prescient when compared to current events. 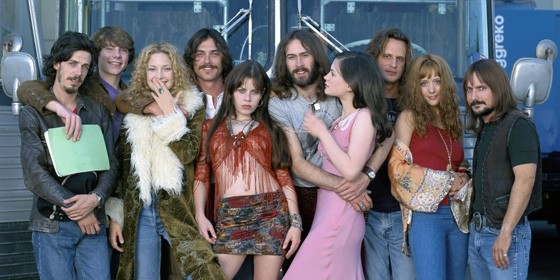 Almost Famous, loosely based on director Cameron Crowe’s own life, is the story of a teenager hired by Rolling Stone magazine to go on tour with a fictional band called Stillwater and write about his experience. Like any good rock movie, there’s plenty of music, parties and drugs, but there are also poignant and touching moments; it’s a film that really makes you care about its characters. It’s also hilarious, and the mix of comedy and drama perfectly captures the feel of a teenager being swept up on a road trip with his idols.

Almost Famous received four Oscar nominations and won best original screenplay, but it only made $47 million dollars against a budget of $60 million. We’re at a loss to explain this one. Critics loved it, the director and several of the stars were popular, and there was nothing wrong with the marketing. Maybe audiences just couldn’t identify with the esoteric subjects of “rock music” and “teenagers.”