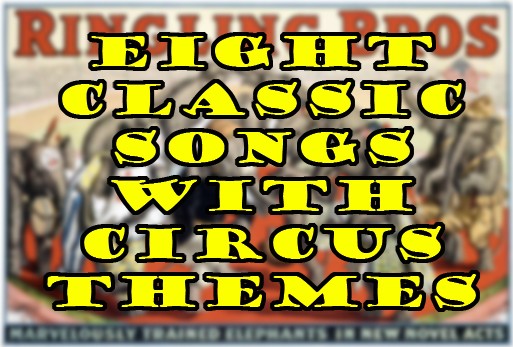 Sometime during the ’60s and ’70s, it became a pretty normal practice to smother your song’s theme with layers of filler — sure, the filler was amazing in its musicianship, but it was filler none the less. Often times it took repeated listenings to really understand what was going on in the background. Other times, the subject matter was a bit more obvious but the real beauty was the impressive lyrics. And still others, there was no attempt made at all to bury the meaning, but the song still stands as a classic.

Now these tunes are all ’60s and ’70s songs because those were the real, solid eras of music where it typically took more than a flash-in-the-pan glam sham to pique the interest of the Top 40 faithful, and it certainly took more than synth-pop bullshit to score a notch on the charts. Oh sure there were still plenty of those types of artists back then, but the vast majority were highly skilled and, God forbid, actual musicians. Enjoy!

From the 1970 album, Naturally, Three Dog Night’s biggest hit “Joy to the World” would spring. This charter was actually penned by Hoyt Axton. However, and oddly, the only original tune on the album was “Fire Eater” and, as you can hear, the only instrumental.

Though the album (Grown Man), and subsequently the song, “Human Cannonball” were released in 1995, this particular song has been around since the ’70s when Wainwright would perform it infrequently at live shows.

This song is featured on Denver’s first 1969 studio release, Rhymes & Reasons. Though it mostly focuses on a man’s indecision with his life, it does have this lyric: “Well, I think I’ll try the circus or go back to Mexico. It’s time to make mistakes again, it’s time to change the show.”

From Wikipedia: “Virgo Clowns” was first recorded at the start of 1969 as “(Sit Down) Funny Face”. Morrison next recorded it during the first Street Choir session, renaming it simply “Funny Face.” It was re-recorded during the second session under the completely different title of “Virgo Clowns”. In its final form, Morrison and John Platania duet on acoustic guitars. As the song fades out laughter is heard performed by the Street Choir.”

Stealers Wheel – Stuck in the Middle With You

From their 1972 self-titled album, Stealers Wheel set out to more or less parody (or rather jokingly emulate) Bob Dylan’s style with their hit single, “Stuck in the Middle With You.” Some rumors say it’s meant to poke fun at record execs, but no solid proof has been found. The most popular use of this song was, of course, in the movie Reservoir Dogs.

The Beatles – Being For The Benefit of Mr. Kite

Once again, Wiki says it best: “Lennon was inspired to write the song by a 19th century circus poster for Pablo Fanque’s circus he purchased in an antique shop on 31 January 1967, while filming the promotional video for “Strawberry Fields Forever” in Kent. Lennon said that “Everything from the song is from that poster, except the horse wasn’t called Henry.” (The poster identifies the horse as “Zanthus”.) Mr. Kite is believed to be William Kite, who worked for Pablo Fanque from 1843 to 1845.” The Song is from ‘Sgt. Pepper’s Lonely Hearts Club Band’.

Smokey Robinson and the Miracles – Tears of a Clown

This song was originally released in 1967 with its lyrics having been written by none other than Stevie Wonder. It was then re-released in 1970 when it became both a UK and an American #1 hit. The lyric, “Just like Pagliacci did/I’ll try to keep my sadness hid” is based on the opera Pagliacci in which the titular clown does just that — attempts to hide his overwhelming sadness behind his clown visage.

This enigmatic tune was released in 1969 and quickly rose to #1 after remaining runner-up for a few weeks. If you have not heard the un-edited original (the one in the video) you’ll hear an amazing trumpet solo, an extended flute section, and an ending featuring “The More We Get Together” and the band making comments and laughing. The cut version is what eventually made it to single status, but this version is far better and sounds far more complete.