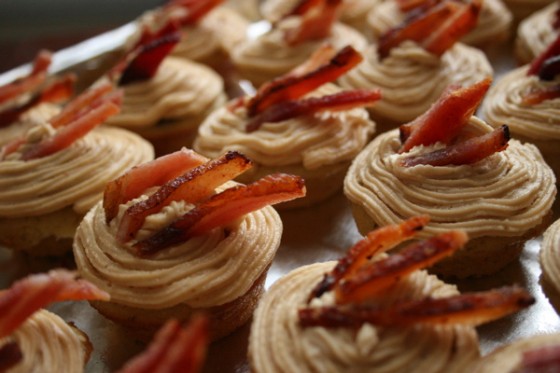 The cupcake craze continues to sweep the nation, with food trucks and bakeries opening up in every small town and big city. In an effort to stand out, some creative cooks have moved their cupcake varieties from the sweet to the savory, offering treats with ingredients like bacon, chili, ham and even the old standby, meatloaf. We’ve selected a collection of eight of our favorites, and included links to where you can find them.

Chicken wings are one of America's favorite snack foods, and shoot to the top of the list for the Super Bowl. Recognizing that Coccaddotts' Cake Shop in Albany, NY introduced this special cupcake for the Giants trip to the 2012 championship game. 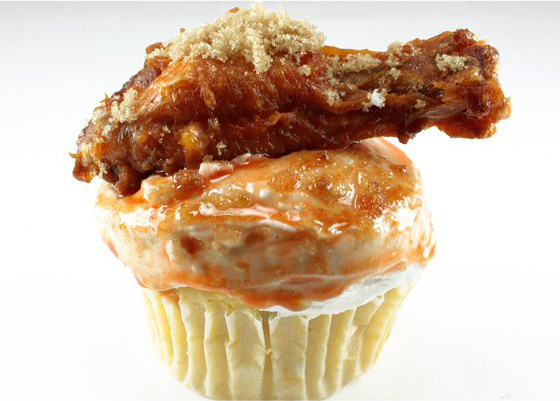 With a buttery corn bread base and bleu cheese frosting, the only thing that makes these better is the amazing chicken wing on top!

When most people think about gluten-free cupcakes they think of tasteless, crumbly desserts that are a pale imitation of the real thing. Chicago's The Meatloaf Bakery vegetarian entry, the Yentl Lentl Loaf, doesn't suffer from a lack of flavor or consistency. 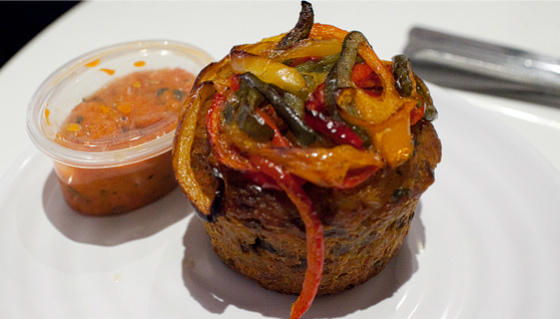 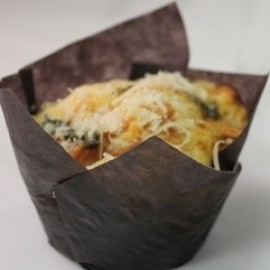 Moist cake with baked in tomato and fresh basil, topped with a baked on, imported, hand-grated parmesan cheese topping.

What happens when you combine a creative chef, a full size music venue, a bar and a diner? You get St. Louis' Plush, which makes the slider obsolete with their Mini Meatloaf Cupcakes. 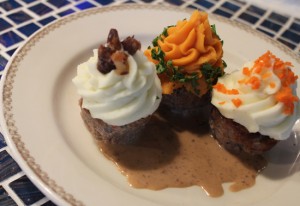 Heirloom LA Catering offers up an array of lasagna cupcakes, made from everything from wild boar to osso buco. And the best part? They ship them overnight. 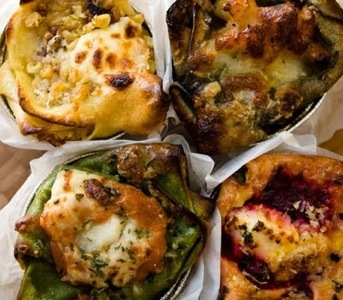 The Lounge at Washington's Bourbon Steak features our favorite cupcake entree. The internet sensation is famous thanks to a feature on Serious Eats, which introduced us to the fantastic combination of pulled pork and a cheddar biscuit. 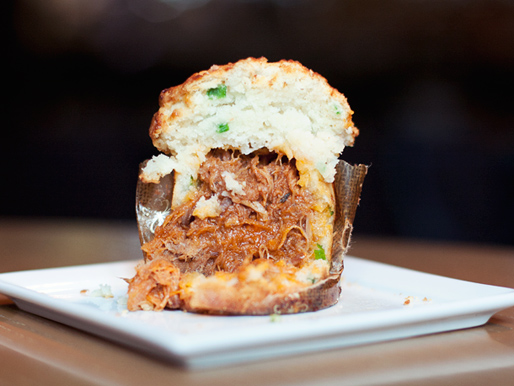 For those who like to start the day out with a bagel and schmear, Philadelphia's It's A Cupcake has the perfect treat for you. The Lox features smoked salmon cream cheese on top of a scallion cake. If something heartier is to your taste they have cupcakes featuring everything from a bison burger to lamb. 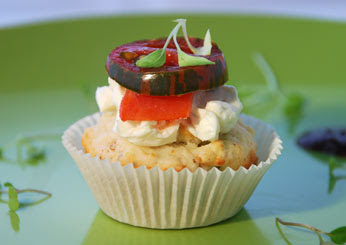 A new take on the southern classic, Robicelli's in Brooklyn introduced this waffle cupcake topped with vanilla buttercream and a piece of buttermilk fried chicken. It might be more sweet than savory, but you won't complain. It's a seasonal item, so be sure to check first if it's available. 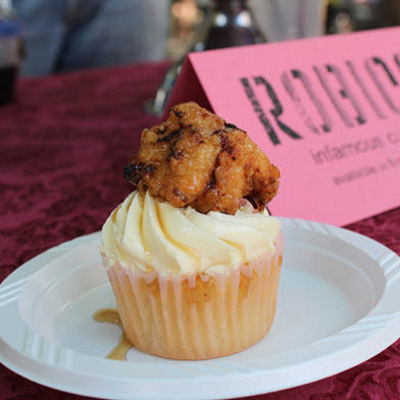