Travel > Do > Eight Fun Things To Do in San Diego

Eight Fun Things To Do in San Diego

Located at the southern tip of California, right on the coast, San Diego is known for its mild year-round climate and extensive beaches. However it also has a natural deep-water harbor, a long association with the United States Navy, and is a relatively short drive from the mountains and desert. San Diego serves as the perfect home for an automotive manufacturer press event, which is how we found ourselves in town to drive the new Kia Sportage.

In order to explore San Diego further with Men Who Blog, we extended our trip and stayed at the fabulous San Diego Marriott Gaslamp Quarter. It served as the perfect home-base for our visit, located adjacent to Petco Park in the heart of the city’s most energetic district. From there we ventured out far and wide, in search of the best attractions that the San Diego area has to offer. Below are eight recommendations for how to spend your time when you visit “America’s Finest City.” 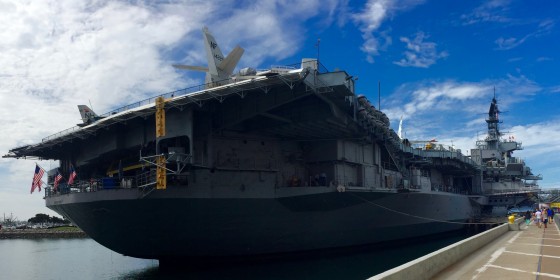 The USS Midway Museum is one of the most iconic places to visit in San Diego and has a dominating presence in the harbor. The USS Midway was America’s longest-serving aircraft carrier of the 20th century, from 1945 to 1992, with approximately 200,000 sailors serving aboard the carrier. In 2004 it was converted into a museum which now boasts annual visitation of more than 1 million, making it the most popular naval warship museum in the United States. It houses an extensive collection of aircraft and is definitely a must-see when you visit San Diego. 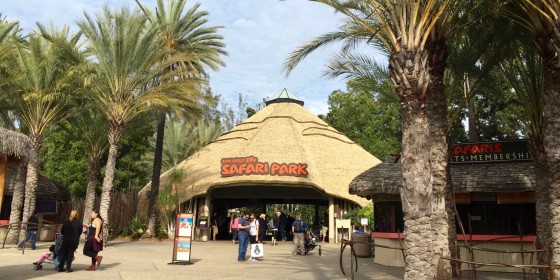 The San Diego Zoo is a very popular tourist destination, however we’ve been there before, so for this trip we decided to put the San Diego Zoo Safari Park on our itinerary. Located in Escondido, the Safari Park welcomes 2 million visitors annually and houses over 2,600 animals representing more than 300 species. We saw many of them in their relatively natural free-range habitat when we took the Africa Tram, which is included with admission. While there are a series of other amazing safari adventures offered at the park for an additional fee, there is plenty to see with a regular ticket. 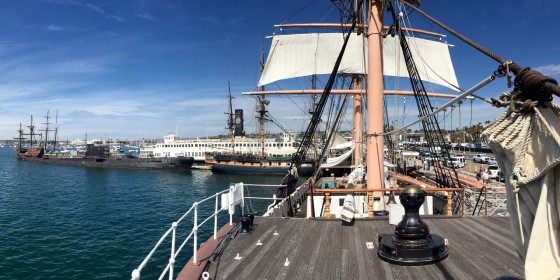 Overshadowed a bit by the Midway and San Diego Zoo, we consider the Maritime Museum of San Diego an underrated gem and would highly recommend a visit. Admittedly we’re suckers for anything nautical, but this museum located adjacent to the Midway has much to offer, especially for Navy families. The star of the museum is the HMS Surprise, a 1970 replica of a Royal Navy frigate that was used to film Master and Commander : The Far Side of the World and Pirates of the Caribbean : On Stranger Tides. It’s one of ten vessels in the Museum, including the impressive Star of India, a 1863 merchant bark. 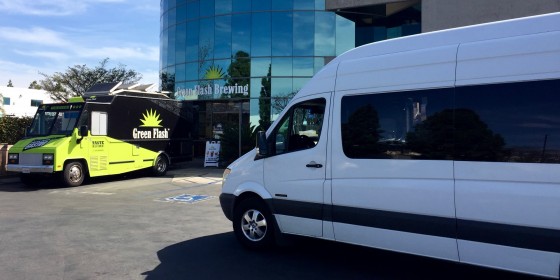 In recent years, San Diego has made a name for itself as the Nation’s #1 Craft Beer Destination, with 115+ craft breweries in the region. We didn’t just want to to visit those breweries, we wanted to do it in style. So we arranged a party bus Brew Tour from Aal In Limo & Party Bus, which took us to some of the hottest breweries in town. It allowed us to fully enjoy the tasting experience while someone else did the driving. We visited five breweries; Green Flash, Mike Hess, White Labs, Intergalactic, and Duck Foot. You can read much more detail on them all over at ManTripping.com. 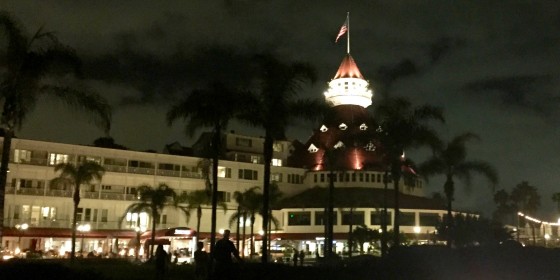 The Hotel Del Coronado is an historic Victorian beachfront resort, and one of the most beautiful places you can stay in California. When it opened in 1888, it was the largest resort hotel in the world. In the years since, it has hosted presidents, royalty, and celebrities. For one gorgeous evening in March, it hosted Men Who Blog for Roast, a private beach bonfire with S’mores. It was the perfect way to end a day in San Diego, and we highly recommend the experience if you have the chance. 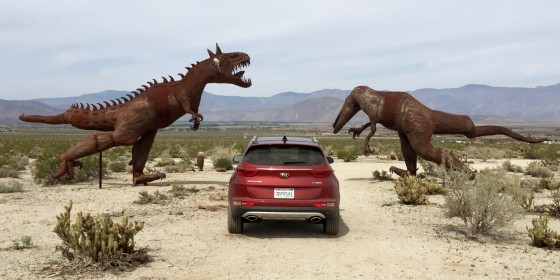 Our road-trip destination in the Kia Sportage was Borrego Springs to visit the desert sculptures of Galleta Meadows. Each are meant to depict creatures that once roamed wild across the local landscape, and were commissioned by Dennis Avery (of the Avery Label fortune) before his death in 2012. There are over 130 full-sized metal sculptures located throughout the area, so you’ll have to dedicate substantial time to exploring the desert terrain in your vehicle to find them all. One of the most famous is a 350-foot serpent which we didn’t even find, so we’ll definitely be back to “catch them all!” 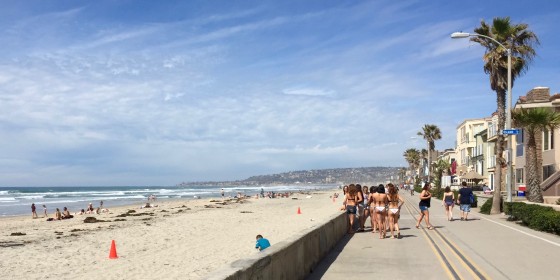 No trip to San Diego would be complete without a visit to the beach, so we decided to add Mission Beach to our tour. Mission Beach is a community built on a sandbar between the Pacific and Mission Bay, and stretches nearly two miles of ocean front. Mission Beach is home to a popular boardwalk and the historic Belmont Park Amusement Center. 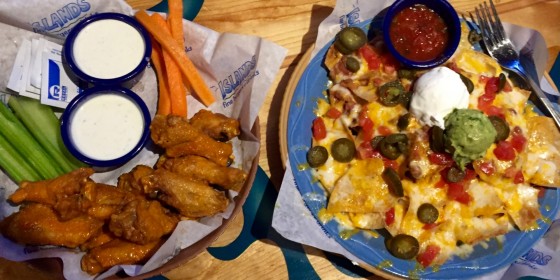 Eating is certainly one of our favorite things to do, and San Diego has no shortage of amazing places to grub out. On this trip we worked with several generous benefactors to eat our way across the city, and as you can see we enjoyed plenty of dude food. Everything was fabulous, and we’d like to thank Maryjane’s Diner, Hard Rock Cafe, Rubio’s, and Islands for their hospitality. Try not to drool on your screen as you check out these photos.