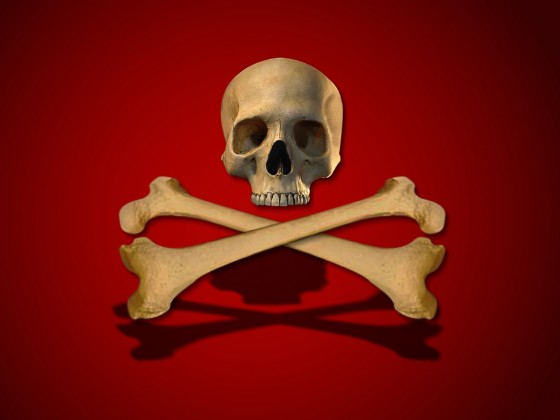 These days country music gets a bit of bad rep, mainly for being just watered down pop crap. Once, though, you couldn’t open your ears without hearing another country song about violence and murder. In fact, most of the artists on this list have probably recorded dozens more murderous songs; some have even have whole albums on the topic.  Anyway, here’s some of the best and most violent songs featuring a good old-fashioned execution with a country twang.

Banks of the Ohio
Porter Wagoner

It all starts off so well. A jaunty steel guitar riff, a late night walk with his woman and a chat about their proposed wedding. Then pretty soon old romantic Porter is shoving things up “against her breast.” In this case a knife.

It’s been covered by pretty much everyone with the ability to vocalize but the incongruous combination of Porter’s sweet vocals and the subject matter is hard to top.

Okay, so they’re not strictly a country band, but there’s definitely something country about this song. Maybe it’s the name?

The Wisconsin group, perhaps principally known to the public today for the song “Blister in the Sun,” display their softer side on this track. And by softer we mean murderous. The following lines just about sum it up:

“I threw my child into a bottomless pit,
She was screaming as she fell, but I never heard her hit.”

Just to prove that country women can be as fearlessly bloodthirsty as their male counterparts the Dixie Chicks get it on the murderous act too. The song features domestic abuse, poisoning and that girl from 30 Rock, in a case of murder most jolly.

“Frankie & Johnnie” is another traditional song that proves people were much more violent back in the old days and that rap music really is for pussies.  Often called “Frankie & Albert” and again covered by all sorts of musical folks, Jimmie Rodgers’ version gets the nod because how many lists aren’t improved by yodeling? None, that’s a number.

Never has killing sounded so close to damn enjoyable.

Haven’t you ever wanted to kill a woman because she kept hanging around your bed and giving you alcohol? Hell, isn’t it? Most men fight the urge, not the author of “Darlin’ Cory.” We’re assuming it’s a true story.

Pardon Me, I’ve Got Someone to Kill
Johnny Paycheck

It’s already guaranteed to be one of the best songs ever, just by the title. He’s angry enough to kill, but not to forget his manners.

If you follow the lyrics though, it’s actually quite a clever take on the whole “woman being unfaithful” thing that has dominated the country killing song. Country singers are nothing if not vengeful, and insecure.

Another group who could have their own list, the traditional “Knoxville Girl” has some of the most nakedly violent imagery ever. Perhaps it’s the jolly waltz time that means Charlie and Ira get away with lines like:

“She never spoke another word, I only beat her more,
Until the ground around me within her blood did flow.”

The protagonist does seem to show some remorse, at least.

The Man in Black really could have the list all too himself. “Delia’s Gone”, “Transfusion Blues” – which is basically this song with the word transfusion replacing cocaine — “Man In The Long Black Veil” and, of course, “Folsom Prison Blues” with the single most badass lyric in popular music: “I shot a man in Reno, just to watch him die.”

Originally recorded in the 1940s, “Cocaine Blues” follows a similar theme of unrepentant murder, right up until the ‘bad bitch” line of the last verse.