Eight Questions About the 2012 Oscar Nominations 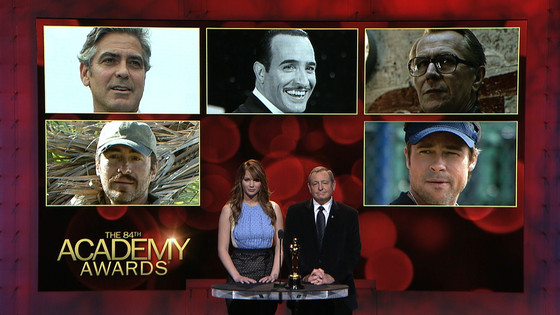 1. With George Clooney being a double nominee this year, can the press please restrain themselves from turning the Oscars into a George Clooney love fest?

Yes, we get it. George is unbelievably good-looking, talented, congenial and rich. Great. Why do most Clooney interviews turn into lovefests about how cool and amazing and how much of a fun prankster he is? Even when the story’s not about George Clooney, it ends up being about George Clooney. Watch this news report that was originally supposed to be about Ryan Gosling:

It wasn’t more than twenty minutes after the nominations were announced and already Matt Lauer was asking Brad Pitt questions like, “So has George called?.” “What will it be like competing against him?”

I know that’s not much to be annoyed at, but multiply these softball interviews by 10,000 and you start to get a little irate.

2. Will the Kristen Wiig haters back off a little now that she’s an Oscar nominee?

Lorne Michaels has gone on record as saying Kristen Wiig is one of the three or four best performers he’s ever seen audition for Saturday Night Live. She’s the most versatile, talented,and dominant performer on the show right now, yet many corners of the internet are devoted to deriding her and her annoying impressions. In “Bridesmaids”, Wiig was faced with developing a character past five minutes and infusing her with pathos. She succeeded wildly. She didn’t get an Oscar for playing Annie, but she did get a screenwriting nomination which is a fairly good consolation prize. Will this be enough to sway her haters? 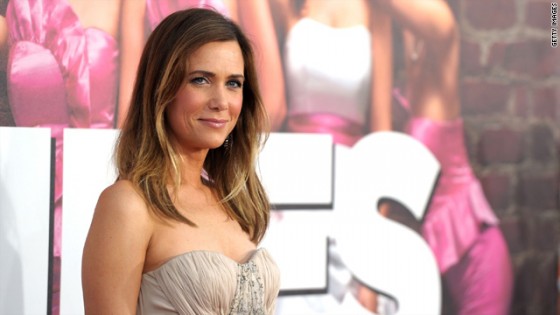 3. So War Horse… what is that about anyways? Is it that bad?

This reviewer has seen 7 of the 9 nominated films, but has not yet seen this one and knows little about it other than that it involves horses and is directed by Steven Spielberg.

This preview doesn’t do much to elaborate on that:

We have someone sounding like Mr. Miyagi from The Karate Kid spouting off abstract philosophical rhetoric (Pat Morita passed away in 2005, so I know it’s not him), shots of a horse running, some beautiful music, people of all ages looking like they’ve just been blinded by sunspots, and big title cards saying “A Steven Spielberg Film.”

Steven Spielberg has been ridiculously successful at filmmaking for four decades now, and I know no matter what he makes, people are going to see it in droves. Still, can the marketing department at least pretend like they’re trying to sell the film? 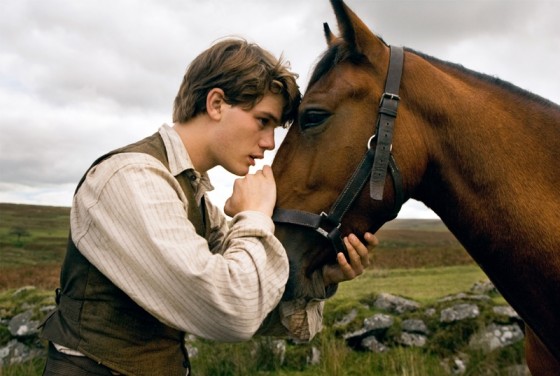 4. Extremely Loud and Incredibly Close gets a nom, but does it matter if it’s hated?

A lot of people were predicting it would get nominated solely on the basis that it looked like an Oscar-friendly film, not because it deserved it.

The film ended up being nominated, but it’s been widely publicized by the Academy that under the new voting system, a film only needs to be voted the top film of the year by 5% of the members. The other 95% can flat-out hate the movie.

We’re not sure about Oscar voters, but on Rotten Tomatoes the film is receiving a 48% positive rating with the positive reviews being aimed more towards the quality of performances, and the negative reviews being highly negative. The site’s review summary says the film “Deserves better than the treacly and pretentious treatment Stephen Daldry gives it.” Huffington Post just declared it the “Worst Reviewed Movie of the Past 10 Years to Receive a Best Oscar Nom.” 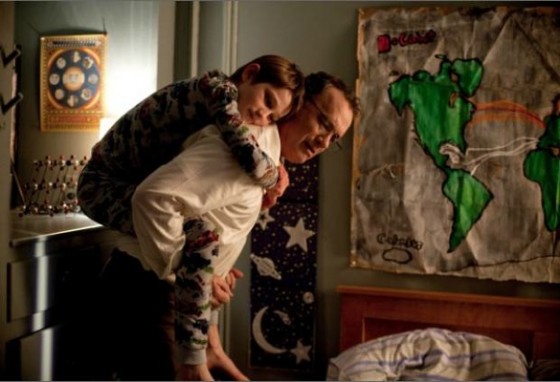 5. Speaking of which, why does Stephen Daldry keep getting nominated?

For those keeping score, Stephen Daldry has directed four films in his career: Billy Elliot, The Hours, The Reader and Incredibly Loud and Extremely Close. Every one of them has gotten nominated for either Best Picture or Best Director (since a Best Director nod displaces a Best Picture nod, this is basically a de facto Best Picture nom).

Having the two most lowly reviewed films to get nominated for Best Picture since Rottentomatoes.com debuted in 1999 and still batting 100% is pretty suspicious. Does he have some dirt on the Academy that keeps him in the Oscar race every year? The controversy of Incredibly Loud and Extremely Close is nothing compared to The Reader. That film was widely considered to be the one that bumped out The Dark Knight and Wall-E which led to the backlash that resulted in the ten-picture system adopted in 2009.

6. Has the Melissa McCarthy craze gone too far?

Melissa took female comedy to new heights with her creative methods of excretion and her discussions about how to conceal firearms in various orifices. Wasn’t the consolation Emmy win (not particularly deserved considering Mike and Molly isn’t a particularly well-received show) enough of a prize for that? 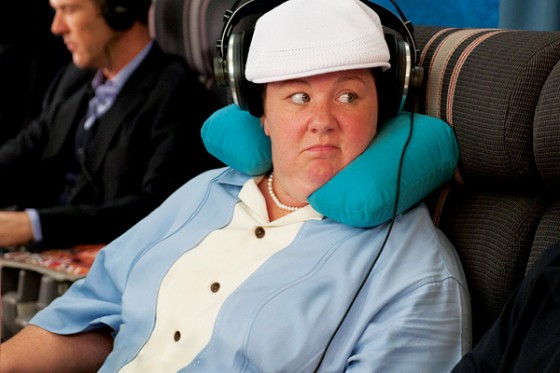 Comparing gross-out comedic performances to… well, anything else is like apples and oranges, but it’s hard to argue that Melissa McCarthy is as talented as some of the other nominees and that she didn’t bump out a deserving candidate.

Even worse, with the two frontrunners coming from the same film, they could cancel each other out, leaving anyone to take the race. Melissa McCarthy could end up winning the race. Back in 1970, Helen Hayes won best supporting actress for Airport (a movie I highly recommend). She played a goofy old lady on an airplane flight who’s ill-fated attempts to converse with an armed passenger provided for comic relief. Sound familiar?  She was even voted the second worst supporting actress winner of all-time in one internet survey.

Is Melissa McCarthy’s performance the kind that will be remembered thirty years from now? Probably not.

7. If Octavia Spencer and Viola Davis don’t win Oscars, is there going to be a backlash?

From 2001-2010, 23 African-American actors received Oscar nominations. That amounts to 11.5 percent. The number of nominees each year has ranged from five to zero.

That zero came last year and resulted in a series of articles asking if Hollywood was restrictive of diversity (here’s an example and here’s another).

If both Viola Davis and Octavia Spencer lose, will Hollywood be subjected to another round of unwarranted accusations? Viola Davis is up against Meryl Streep, who will have lost 13 times in a row if she loses this year. To give you an idea of how much losing that is, no one other than Streep has been nominated more than 12 times. Meanwhile, Octavia Spencer is pretty admirable, but this reviewer happens to think Jessica Chastain as nervously enthusiastic Celia Foote in The Help is a better choice. 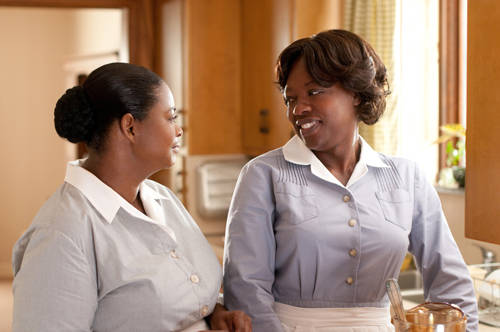 8. What is so great about the editing of Hugo and The Descendants?

It would seem like the best editing should go to action films or films that build suspense through cutting between scenes. Drive, Tinker Tailor Soldier Spy or Harry Potter VIII would be good examples. The Tree of Life also might be an ideal choice because director Terrence Malick has no sense of time and it’s up to the editor to cut endless reels of films down to two hours.

I can’t think of anything remotely remarkable about either Descendants or Hugo in terms of editing. Hugo  was edited by Scorsese’s long-time collaborator Thelma Schoonmaker, who’s as close as you can get to a well-known editor in Hollywood, so that might have something to do with her continued nomination streak. Or it’s possible that the editing nominations were just an excuse to further reward Best Picture nominees. 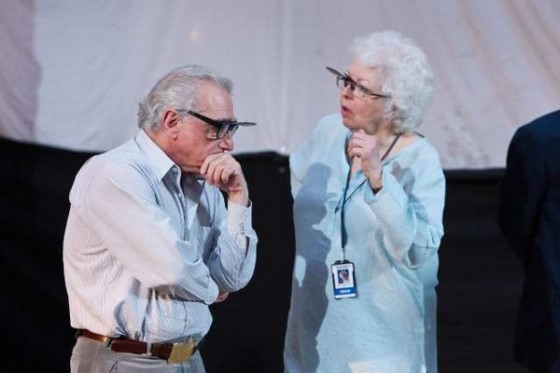