Eight Reasons Why Darth Vader Wasn’t Really All That Evil 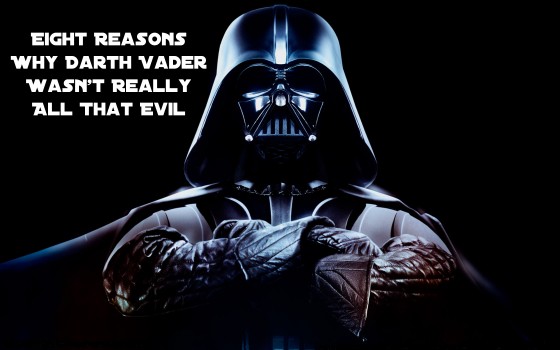 When posed the question, “Who is the most nefarious, dastardly, all-around evil character in the history of film?” it’s truly amazing just how many people say: Darth Vader. And who can blame them? The iconic glossy-black armor; the deep, throaty, booming voice; the towering physique… how can you not place Vader in the upper echelon of the nastiest bad guys of all time? Well, as it turns out, Vader… that champion of the Sith… was quite possibly the most ridiculous and worthless bad guy of all time. And yes, I am prepared for as many destructive comments as possible. Bring it on! But at least hear me out. Oh, and each one of these observances is based on the original, classic trilogy, because in the newest saga of films he is a whiny little punk who, eventually, kills a bunch of innocent Jedi children. Classy. 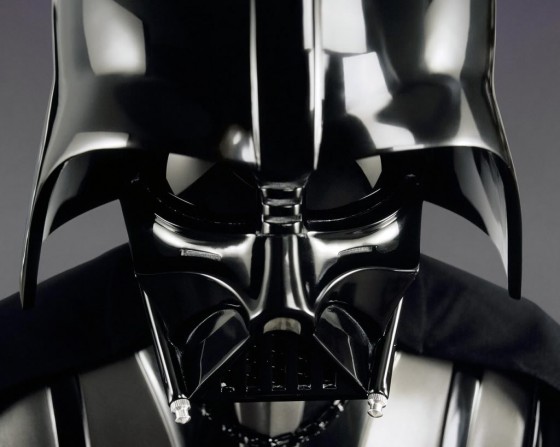 For a sinister villain, Darth Vader did an awful lot of yakkin’. From the minute we see him stride aboard the Tantive IV like he owned the damn thing, Vader was barking out orders about locating the ‘plans’, which as we find out later in A New Hope (and at the end of Revenge of the Sith) are secret blueprints for the Death Star. That’s great, those seem like pretty important things. But rather than use his vast and powerful knowledge of the Force to, ya know, get stuff and hurt people, he literally just talks a really big game and does nothing overly physical about it. Now we’re talking nasty.

7
For Such a Bad Guy, Not Big on Deadly Weapons
Not a Fan of the Death Star 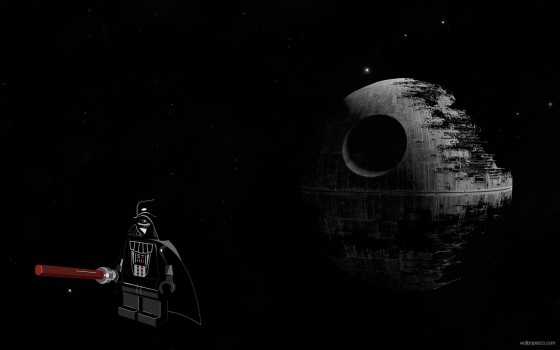 One would think that, as the sadistic evil fella that Vader is touted to be, wanting a very large weapon with which one could obliterate an entire planet would be at the top of the list. Oddly, the Death Star poses absolutely no interest to Vader even after he’s proven that it can, and readily does, explode worlds as though they were water balloons. Vader just stands there and scoffs that his Force power makes the giant, flying, laser-shooting planetoid look like a toy. All of this despite the fact that 80 percent of the first film he’s actively searching for the ‘plans’. If an opportunity is presented to you (and you are supposed to be the most terrifying force in the galaxy) where you can readily take out your seething rage on any planet you wish, and you go, “Meh.” you are NOT evil enough. 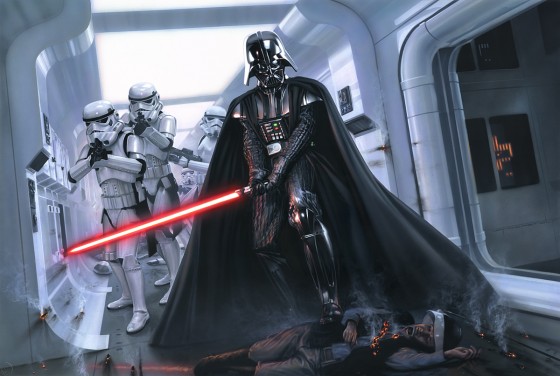 There is something to be said for minions. All bad guys should have a few henchmen to perform menial tasks like gather brains, steal small wads of cash, and blow up schools. However, there is also something to be said for complete and total overkill. Darth Vader is the one guy that, just by looking at him, you’d both not fuck with and also hand everything he wanted immediately without hesitation or question for fear he’d melt your skull. But, rather than show up himself for many of his ass-kicking appointments, he sends ten or twenty Stormtroopers, who, as we all know, are about as useful as a cadre of broke dicks. Had Vader actually hung around when the Millennium Falcon was brought aboard the Death Star rather than mince off to let the Stormtroopers mess everything up, he could have found Han and the gang and ended their meddling in a heart beat. 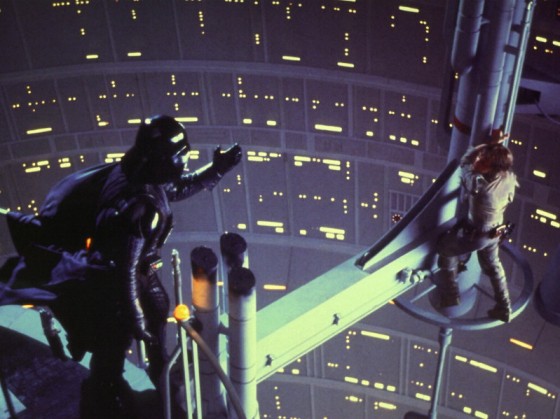 The end of A New Hope was one of the most amazing scenes in cinematic history: Luke is in a life-or-death struggle deep within a laser-filled trench attempting to give himself over to a Force he barely understands in order to drop torpedoes into a tiny ventilation shaft and save the galaxy. And hot on his ass is the most evil man around moments away from blasting him to bits. Until… Darth hesitates for a second when he suddenly realizes that the dude in the X-Wing has mad Force abilities and might, just might, be important. Why? Because, as we remember (from movies that, at this point, had yet to happen) he systematically slaughtered every remaining Jedi -and just recently Obi-Wan- except for one: his own damn kid. So from that moment forth -through the entirety of Empire and Jedi- Vader wants his boy back. Why? Well he says it’s for the Emperor so he, too, can become a Sith. But we all know Vader loves his boy. Yuck.

4
Love Conquers All
Luke Gets What Luke Wants

Continuing on with the previous theme, Vader did the exact opposite thing the Emperor sent him out to do. Once Vader informed him that Luke, his son, was still not only around, but also directly responsible for the destruction of their really, really expensive and incredibly powerful weapon, The Emperor sends Vader to track down his kid so he can bring Luke before him and turn him, too, to the Dark Side thereby having two bitches. So from scene one in The Empire Strikes Back, Vader hunts his son. Oh sure, they also happen to find a hidden Rebel Base on Hoth in the process, but it was really just a thinly veiled attempt to keep looking for Luke. So, in the big climactic conclusion where Luke stands before The Emperor as he basically eggs Luke on to join him and destroy Vader, Luke just shakes it off, with acres of conviction, and ends up convincing his dad -once again, the most sinister man around- to chuck his boss down a hole and become good again. Talk about pussying out.

3
The Emperor’s Bitch
Vader is it 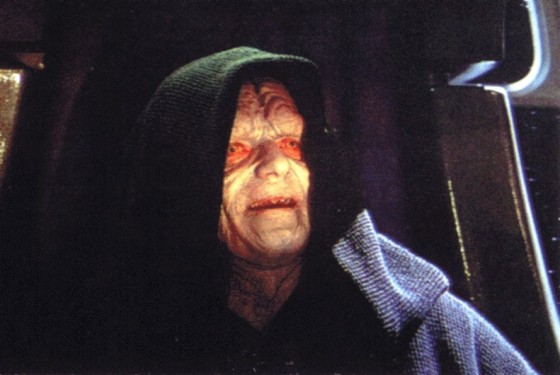 There is no two ways about it, Darth Vader, for all his evil deeds and mounds of ass-kickery, is still fully and completely The Emperor’s bitch. Vader has zero decision making ability at all. From the scene in which Grand Moff Tarkin is spouting off about the power of the Death Star in the board room, to the scene where Vader is getting his skull cap vacuum-sealed to his dome, to the scene just before Luke is located on the moon of Endor, Vader is being given instructions and further instructions by The Emperor. As bosses go, Palpatine is just about the most demanding hard-ass in the entire universe. I sure hope there was a decent insurance plan because that guy was losing Storm Troopers like laundered socks. Basically Vader couldn’t wipe his own pseudo-robotic ass without The Emperor giving him permission, or, more accurately, telling how to do it. Vader had no real power other than to pass certain duties (duties that we’ve established would have gotten done far more completely had Vader done them himself) off to the Stormtroopers. Nope, Vader was totally at The Emperor’s mercy, and a complete pansy. 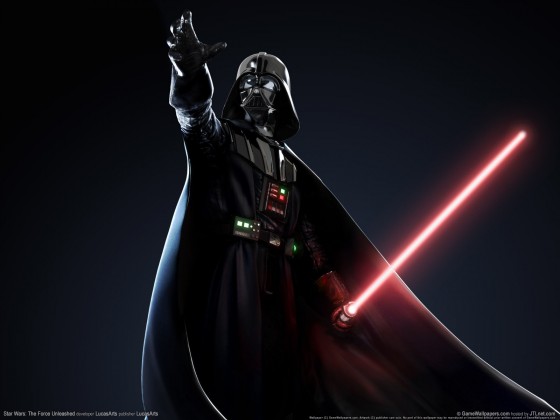 Of all the ‘Counts’ and ‘Darths’ and ‘Lords’ in the entire run of the Star Wars saga, Darth Tyrannus (that’s Count Dooku) and Emperor Palpatine were adept at using Force Lightning. Darth Vader? Not so much. Why? How damn bad-ass would it have been if Vader broke out with the Force Lightning while first battling Luke on Cloud City? That whiny bitch would have been reduced to cinders with nothing left BUT a hand. But therein lies much of the reason Vader can’t dig down and zap folks like unaware insects: he’s only kind of human. After his utter destruction at the hands of Obi Wan, Anakin is basically rebuilt from the bottom up into ‘More machine than man’ and it’s because of this that he is unable to focus Force Lightning. Yeah, well, I call bullshit. See, Lucas wrote much of this story while the original trilogy was being made, but there is now way he could have assumed that Obi Wan was going to be the one to have destroyed Anakin. Besides, at this point Palpatine’s lightning-using character was already written… so. Where was I going with this… I dunno. Vader sucked without lightning. That about covers it. 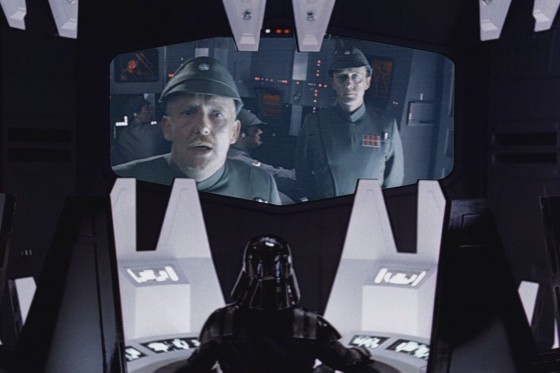 Seriously. Let’s count together just how many folks this torrential cauldron of evil killed. In A New Hope: 1. The captain of the Tantive IV as he’s asking where the plans are hidden. Cracks his neck like peanut brittle. Ah, but then he tussles with Obi Wan… and apparently kills him. But wait, this doesn’t really count. You see, Obi Wan became one with the Force voluntarily just as Vader was delivering the final blow. So, in all actuality, Vader did NOT really kill him. Okay, stricken from the record. So, this brings us to The Empire Strikes Back. While Vader’s Super Star Destroyer is searching for Luke (and, yes, probably the hidden Rebel stronghold) Many of his Commanders fuck up big time, and Vader has to make spectacles of them. That’s two more down. So, now we’re up to three. So, let’s move along to Return of the Jedi… sadly, Vader only manages to successfully kill ONE guy: Emperor Palpatine. So what’s our grand total? FOUR. Four people. Out of THREE movies. Can you imagine if that were the number of Orcs and Uruk’Hai that the Fellowship killed in the Rings Trilogy? Those cats would be dead from the word go! So, here we have the final reason why Vader was, for all intents and purposes, a lousy bad guy. Sorry.